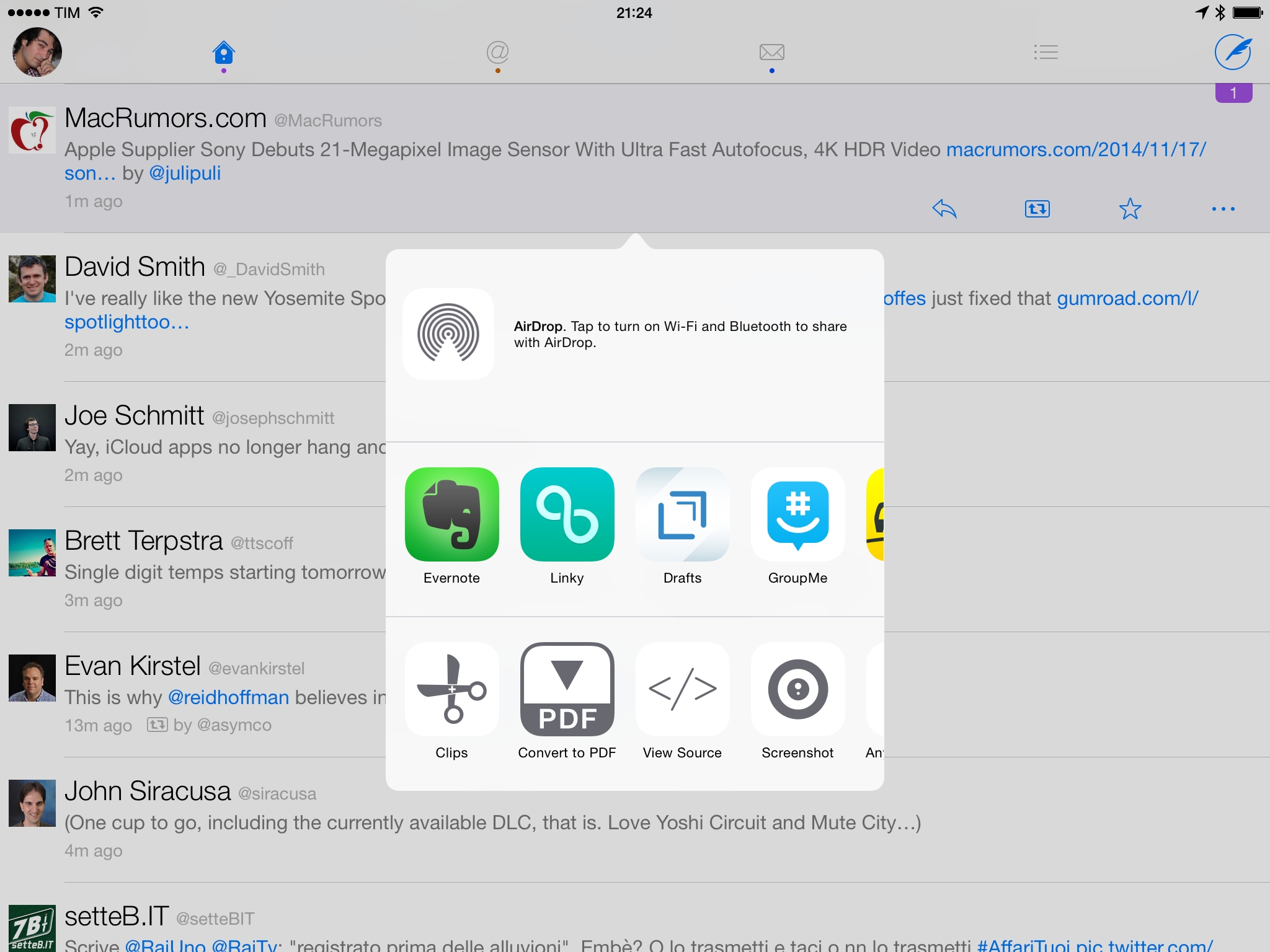 What Apple doesn’t specifically address in their release notes are two welcome fixes that people who use iOS devices extensively will likely notice: the order of action and share extensions in the system share sheet now sticks across apps and app relaunches; and, the iCloud hanging/crashing bug appears to be gone.

I wrote about the latter, and Agile Tortoise’s Greg Pierce had a technical explanation as well. In short: apps with iCloud functionality (such as Drafts or MindNode) would hang at launch and then crash for a number of users on iOS 8.1, myself included. I installed the first beta of iOS 8.1.1 when Apple seeded it to developers and the problem was fixed in that build; I upgraded to the public version of iOS 8.1.1 today, and the fix seems to be working, with several developers reporting the same. This is good news for iCloud-based apps.

Share sheet extension reordering should have been included in iOS 8.0 two months ago, but somehow Apple managed to wait until November for this fix. Before iOS 8.1.1, you could tap & hold extensions in the share sheet to rearrange them, but their position wouldn’t stick at a system-wide level – notably, closing and reopening an app would immediately reset the extension order you set.

In iOS 8.1.1, extensions in the share sheet now stick across different apps and their order persists across app relaunches and system restarts. Again, I tested this for two weeks on the beta of iOS 8.1.1, but I also ran tests on my iPad today and the fix is still in place.

A note about share sheets, though. First, action and share extensions are rearranged at a system-wide level, meaning that you can’t reorder extensions on a per-app basis. The same extension order that you set, for instance, in Safari will be applied to the share sheet shown in Twitterrific, Drafts, and any other app with share sheet support. While power users will likely start asking for extension reordering on a per-app basis, this first implementation is good (and simpler) for consistency purposes.

Second – and this is something that I’ve only noticed with two action extensions so far – it appears that extension order can still be reset by an app and carry over to other apps.

Overall, I’m glad that Apple fixed extension reordering and iCloud crashes in iOS 8.1.1. Hopefully the whole extension system will continue to get better with future 8.x releases too.