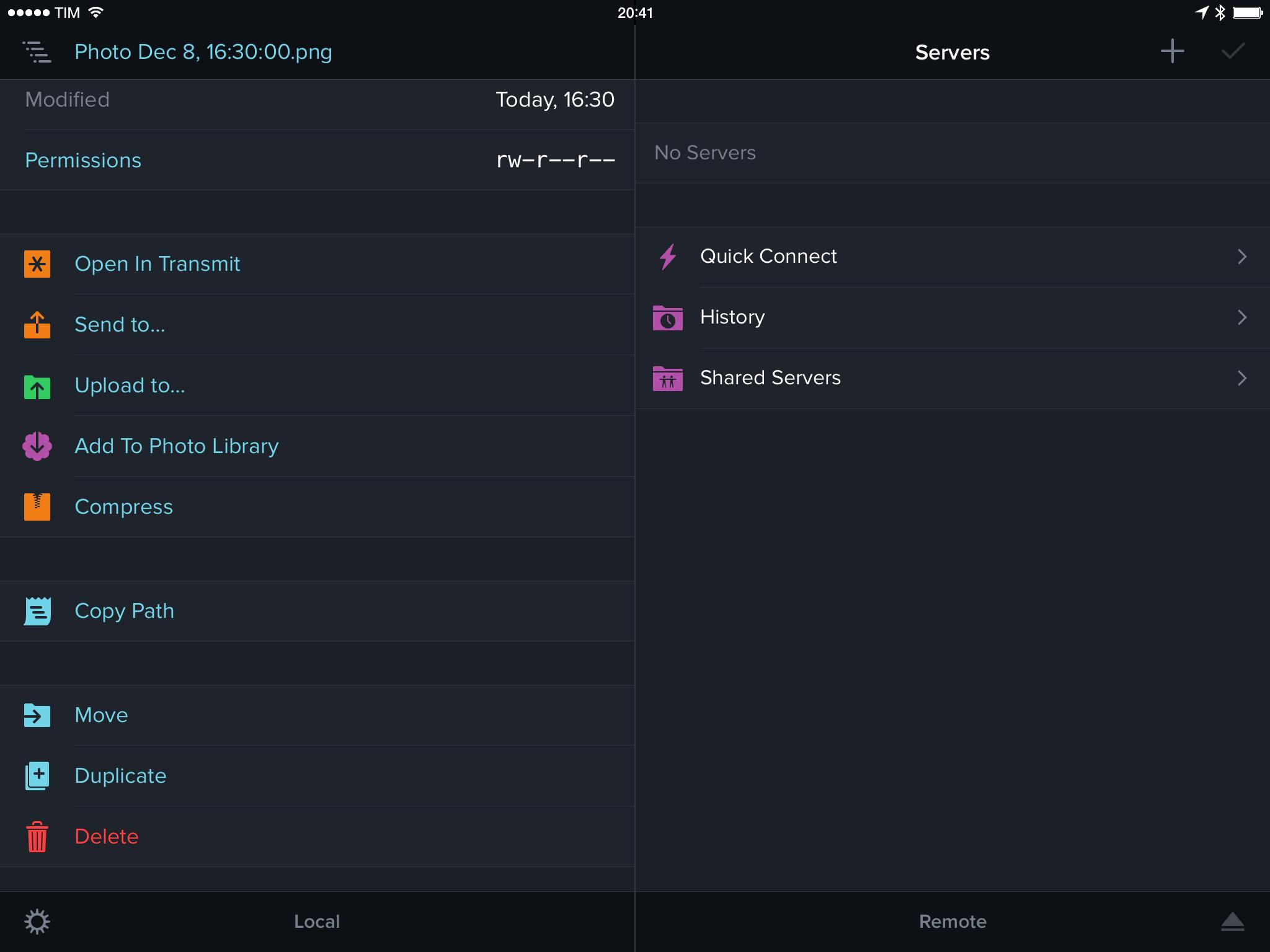 According to a notice added last week in the release notes of Panic’s Transmit, a popular file manager and FTP client released alongside iOS 8 in September, Apple has asked the company to remove the iCloud Drive “Send to” feature from the app. The removal of the feature was confirmed by Panic in a blog post today.

The functionality, which was added in version 1.0.1 of the app released on September 26, allowed users to save files to document storage extensions using iOS 8’s new native file exporting capabilities. By default, exporting a file on iOS 8 launches iCloud Drive, Apple’s new file management solution based on iCloud; from the same screen, the user can tap a “Locations” button to save files to other services, such as Dropbox or Google Drive. By pulling the “Save to” feature from Transmit, Panic has therefore also removed the ability to export files to services that are not iCloud Drive.

According to Panic, the feature was removed after Apple claimed that content uploaded to iCloud Drive needs to be created “in the app itself”. From the company’s blog post:

Also, at Apple’s request, we had to remove the ability to “Send” files to other services, including iCloud Drive.

In short, we’re told that while Transmit iOS can download content from iCloud Drive, we cannot upload content to iCloud Drive unless the content was created in the app itself. Apple says this use would violate 2.23 — “Apps must follow the iOS Data Storage Guidelines or they will be rejected” — but oddly that page says nothing about iCloud Drive or appropriate uses for iCloud Drive.

The removal of the feature is questionable, as dozens of existing iOS apps can download files from external sources and upload them elsewhere. Besides App Store policies, this sets a precedent that could deeply hinder the functionality of any file downloader or document management app that gets files from other sources and wants to help users store all their files in iCloud – which, in theory, is what Apple should aim for.

The “Export to iCloud Drive” feature has become popular among apps that deal with files and user documents: it can be found in hundreds of apps updated for iOS 8 such as Pixelmator for iPad and Apple’s own GarageBand. Restricting the pool of similar apps to apps that can download files, the same feature can be found in popular file managers such as Documents 5, GoodReader, and FileApp – all of them updated for iOS 8 and available on the App Store.

This follows a string of controversial rejections from Apple. Over the past two months, the company first rejected then deemed safe for App Store PCalc, a calculator app that offers a calculator widget; and last week, Apple also rejected an update to Drafts for containing “buttons” in its widget. Transmit is the latest high-profile app to see a previously approved feature based on new iOS 8 technologies to be removed months after its first appearance on the App Store.

First announced at WWDC 14, iCloud Drive was launched and marketed as a service to store “any kind of ﬁle, on all your devices”.