Drafts 4, which we reviewed in October, offered a handy Notification Center widget to open the app in draft creation mode. The widget could launch Draft to a new empty draft or, even better, create a new draft based on the contents of the clipboard.

Today, after a few weeks of back and forth with App Review, Drafts’ Greg Pierce said he was told to remove buttons from the widget, therefore making it useless.

Welp. Enjoy the Drafts Today widget while it lasts. Apple has required me to re-submit w/o the buttons to create drafts or open the app…

…if what they are telling me is true, expect Evernote and other widgets which have similar shortcuts to be removed as well.

@johnvoorhees No buttons. I was told the Today view is for information presentation only, essentially.

I guess for now I’m going to resubmit without a Today widget at all and assess whether to attempt to re-add it later.

@tapbot_paul “…the app’s Widget contains mechanisms that redirect users back to the App in order to begin a process/complete a task.”

When I hear about these rejections, I’m concerned not necessarily about what Apple likes or doesn’t like, but rather about the confusing signals they send. I’m just going to re-use what I wrote when Apple asked James Thomson to pull the PCalc widget (a decision that was quickly reversed):

Maybe Drafts got caught by a reviewer who particularly dislikes buttons in Today widgets, or maybe the company has decided that buttons that initiate certain types of actions are no longer welcome on iOS (sounds like it).

What’s really perplexing is that different teams within Apple are approving apps, promoting them on the front page of the App Store, and then asking to remove some of their features otherwise they may get pulled. It’s hard to see a masterplan when everything is so convoluted and contradictory.

If that’s the case with buttons in Today widgets, it sure looks like Apple has plenty of choice. 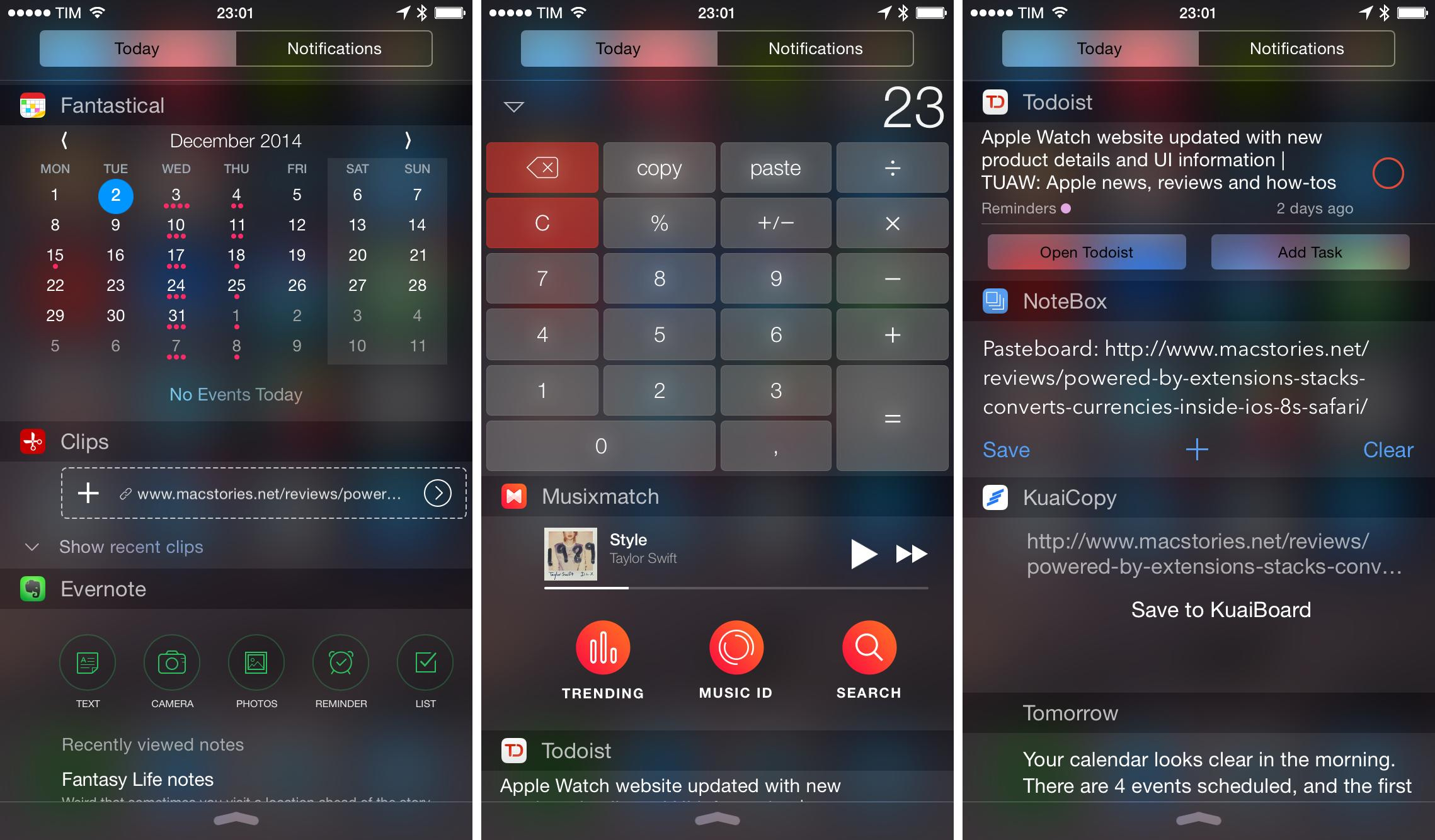 There are thousands of widgets with “buttons” that “create stuff” now. To use an euphemism, it may be “slightly late” to change your mind.