Perhaps the headline feature of OS X Yosemite (besides the visual overhaul) is what Apple has called ‘Continuity’.

Handoff lets you hand off something from one device to another. For example, if you are writing an email on your iPhone but decide you want to keep writing on your Mac, you can now do that with very little effort.

But Apple has also provided developers with a Handoff API, so your favorite iOS and Mac apps could support it as well. We’ve tried using Handoff with PCalc and it worked flawlessly, other third party apps that have support it include Byword, Wunderlist and dozens more. Impressively, the Handoff API can even work between a native app on one platform and a website on another. 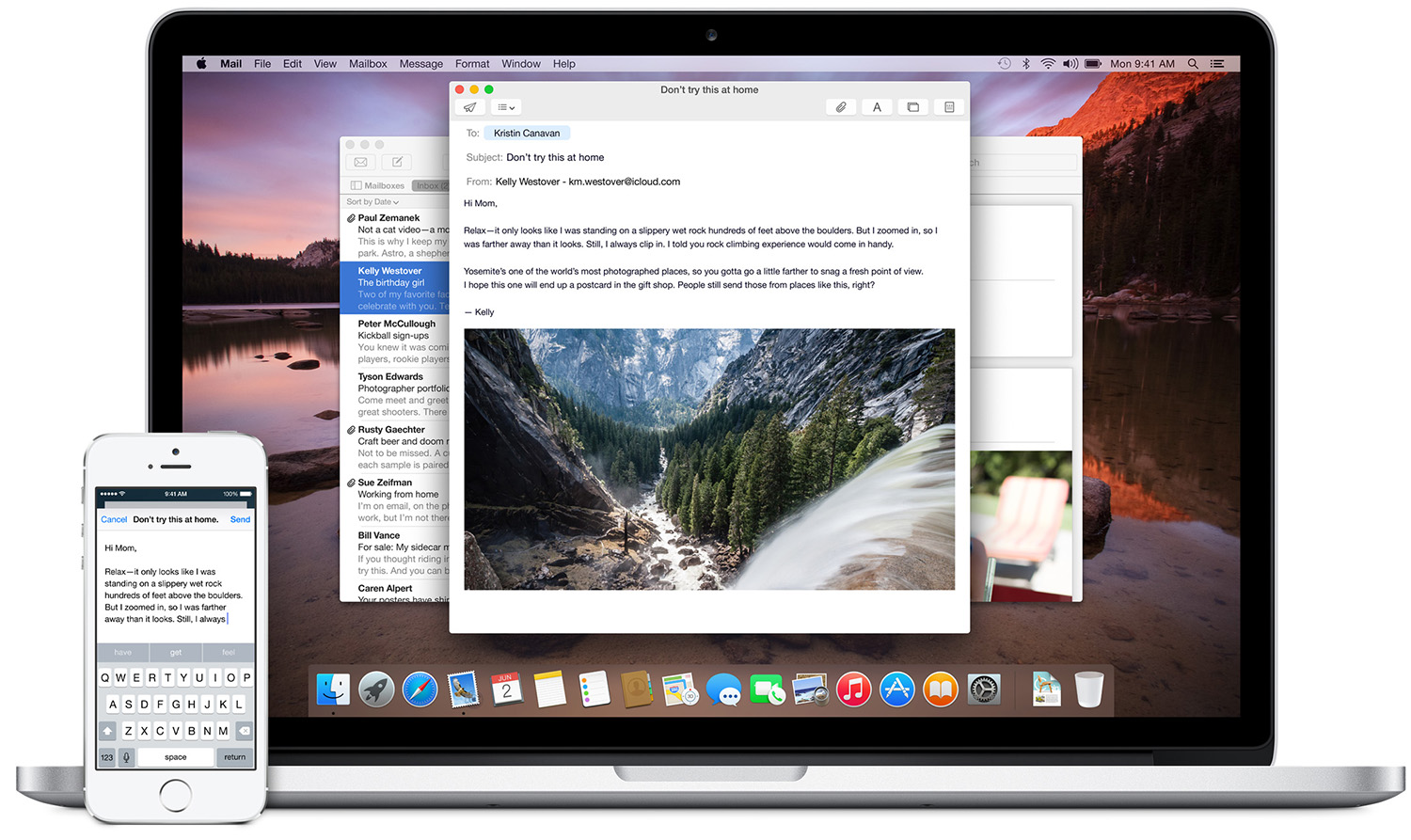 How do you start a Handoff?

You don’t need to do anything: iOS 8 and OS X Yosemite will automatically enable Handoff in the supported apps (listed above) and all you have to do is trigger the Handoff.

On an iOS 8 device, Handoff can be triggered from the Lock Screen where an icon will appear on the bottom left corner of your screen. But it can also be triggered from the multitasking switcher (double-click the Home Button), where you will see a page to the left of the Home screen – it is a bit unfortunate this is so hidden.

You’ve been able to turn your iPhone (or cellular iPad) into a Personal Hotspot for years. But iOS 8 and OS X Yosemite make it significantly easier to use this feature. Simply put, if you have enabled Personal Hotspot and are logged into the same iCloud account on all your devices, your iPhone will simply appear in the WiFi list and all you need to do is connect to it – no need for any further setup or passwords.

The short version of SMS Relay is that you can now send and receive SMS and MMS messages from your Mac and iPad. Technically, your iPhone is actually acting as a relay or hub for SMS/MMS messages. It is a clever technical solution that lets you receive and respond to messages on the most convenient device – just as you previously could with iMessages.

There really isn’t much else to say about this, because it is an example of Apple’s “it just works” mantra in practice. Even in the public betas that I’ve been using, this feature has worked incredibly reliably (actually surprisingly so, given I’ve previously had trouble with iMessage reliability) and it just makes perfect sense as a feature. 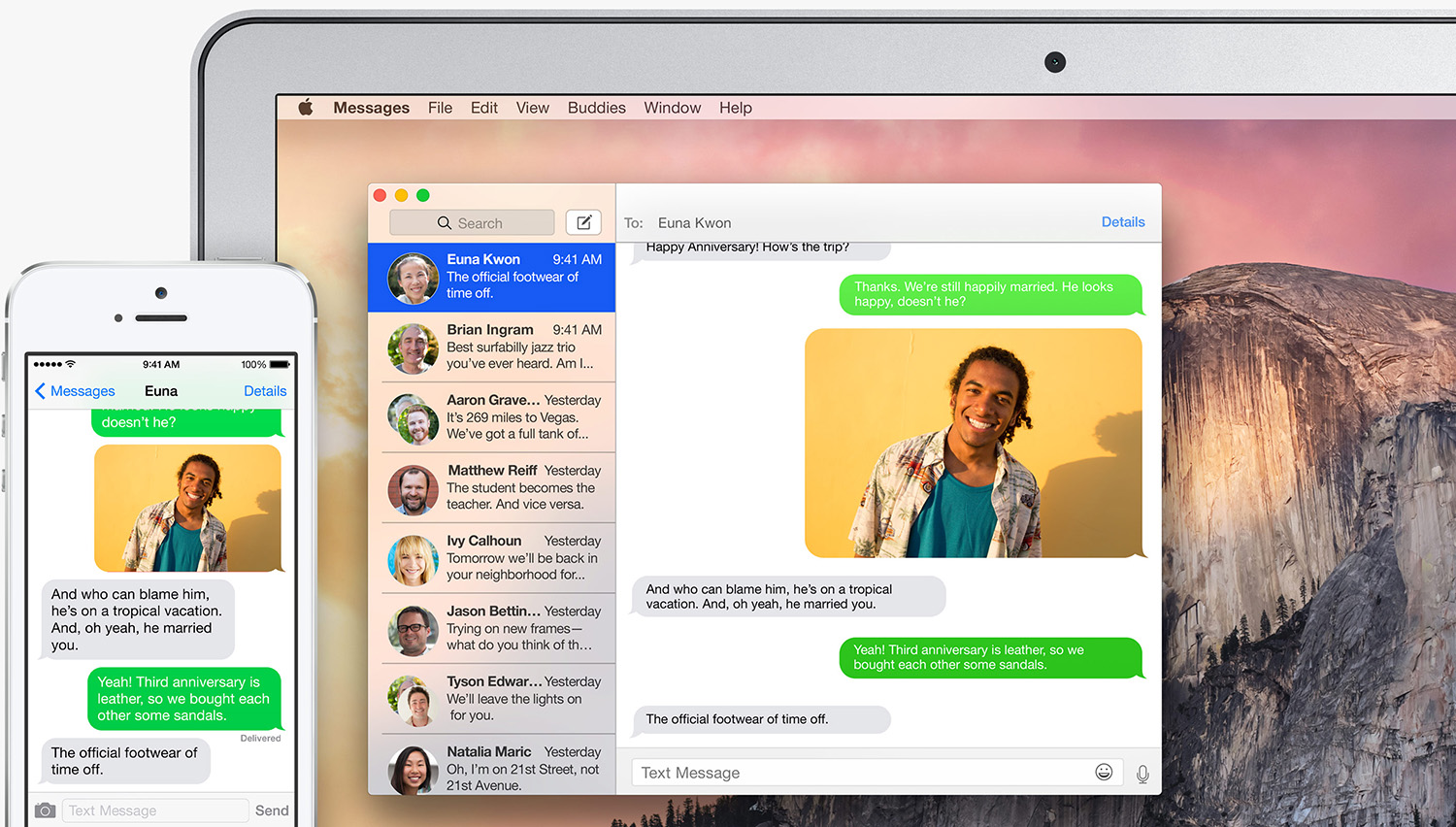 In a similar vein to SMS Relay, you can now answer and make phone calls from your Mac or iPad. When your iPhone receives a phone call and your Mac or iPad is on the same WiFi network, they will also ring and will let you answer the call. The same goes for making calls, which you can initiate from Contacts, Calendar, Messages, or Safari on any of your devices.

Obviously the Continuity features require OS X Yosemite for Macs and iOS 8 for iOS devices, but most of them also use Bluetooth LE (Low Energy), so your Mac must also support this. Although this is not 100% clear at the moment, it should support the following devices:

This is not a conclusive list, but hopefully this will solve most issues that people might come up against when trying to use the Continuity features in Yosemite and iOS 8.