Yesterday, The New York Times published a story drawing on interviews from makers of parental control apps that had been removed from the App Store or modified at Apple’s insistence. The third-party apps monitored kids’ screen time and limited their access to apps – functionality similar to the Screen Time feature built into iOS 12. The Times suggested the timing of the removals was not a coincidence:

The Times also notes that Spotify has complained to EU regulators about Apple, and says other unnamed competitors claim the company is abusing its power to harm them.

Today, Apple responded to the Times’ story on the company’s Newsroom website in a piece titled ‘The facts about parental control apps’:

We recently removed several parental control apps from the App Store, and we did it for a simple reason: they put users’ privacy and security at risk. It’s important to understand why and how this happened.

Apple explains that the apps in question were using Mobile Device Management, which is typically used by enterprises to control employees’ iOS devices. However, MDM poses serious security risks when used in consumer apps from third parties. According to Apple:

Parents shouldn’t have to trade their fears of their children’s device usage for risks to privacy and security, and the App Store should not be a platform to force this choice. No one, except you, should have unrestricted access to manage your child’s device.

In response to the broader suggestion that it was removing apps for competitive reasons, Apple says:

Apple has always supported third-party apps on the App Store that help parents manage their kids’ devices. Contrary to what The New York Times reported over the weekend, this isn’t a matter of competition. It’s a matter of security.

In this app category, and in every category, we are committed to providing a competitive, innovative app ecosystem. There are many tremendously successful apps that offer functions and services similar to Apple’s in categories like messaging, maps, email, music, web browsers, photos, note-taking apps, contact managers and payment systems, just to name a few. We are committed to offering a place for these apps to thrive as they improve the user experience for everyone.

Regardless of its intent, every action Apple takes can have significant economic consequences to its competitors. In that environment, it’s not surprising that stories like the one in the Times are published. It’s the framing of the story – that this is one example of anticompetitive behavior of many – that likely drove the prompt response. Apple has made it clear that services revenue is important to the company’s future, and I suspect it did not want to go into its earnings call Tuesday without having addressed the Times’ story. 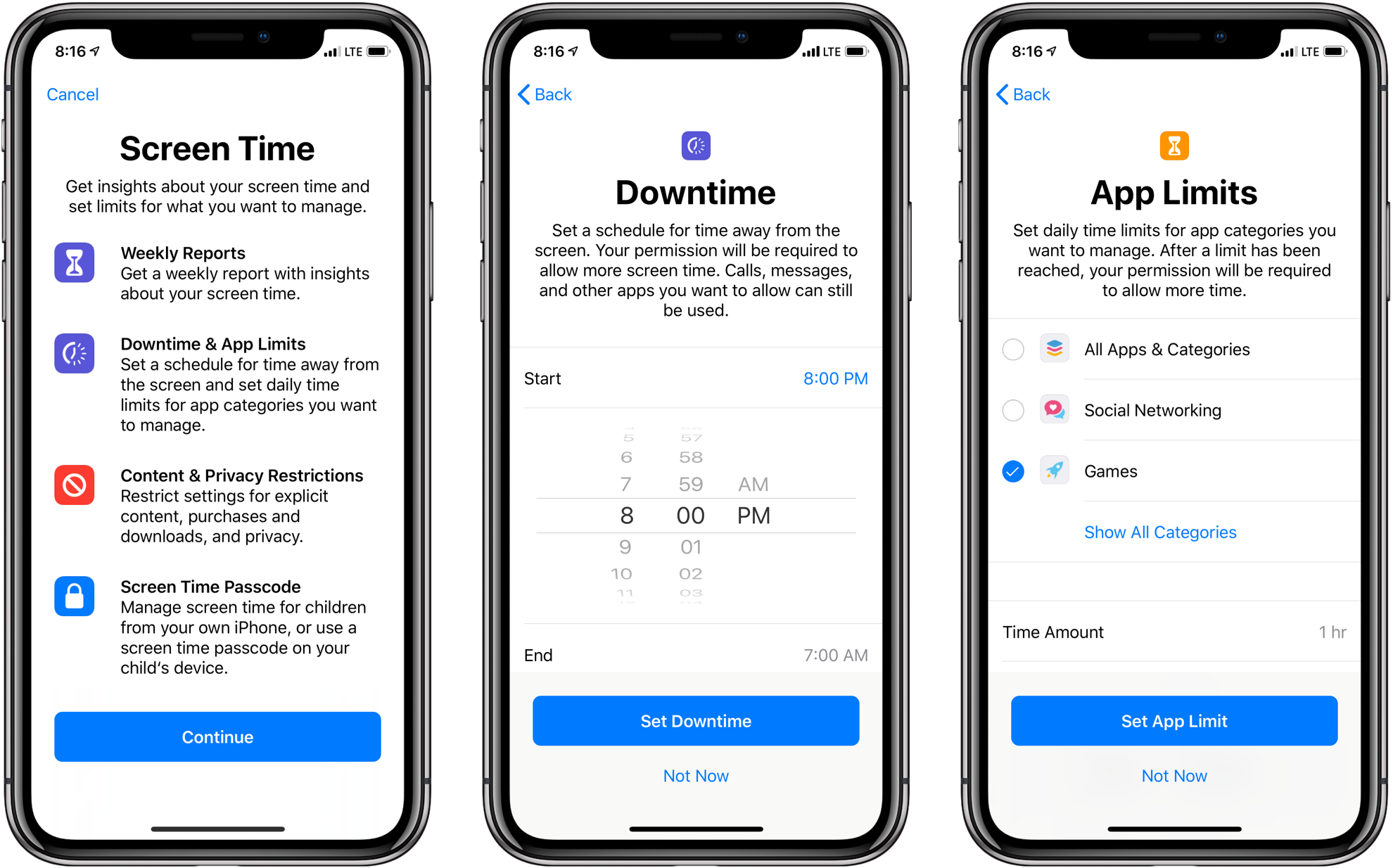 For the past couple of years, the tech industry has grappled with the consequences of people carrying a tiny computer with them all day long. When it comes to Apple, iOS devices have long had a Do Not Disturb setting and notifications can be adjusted, but over time, it became apparent that the existing tools were not enough.

Screen Time is Apple’s solution to the information gap about how we use our iOS devices. The new feature, which is found in the Settings app in iOS 12, provides a wide array of metrics that give an unforgiving and eye-opening look into exactly how you use your devices each day.

Screen Time is also the means for acting on that information. Users can impose restrictions on when and how they use their devices.

The same tools are available to parents through Apple’s Family Sharing feature. Although Screen Time for kids is complex in some respects and lacking in others, it’s an excellent first step. The feature may require a time investment to master, but it succeeds on two levels. First, by working the same way it does for individuals, which Federico will cover in his iOS 12 review, managing the feature for a child will be familiar to anyone who uses Screen Time themselves. Second, although I’d like to see Apple implement some age-appropriate default settings in places, on balance, I’m satisfied that the complexity of Screen Time is a fair trade-off for the customization that it enables.