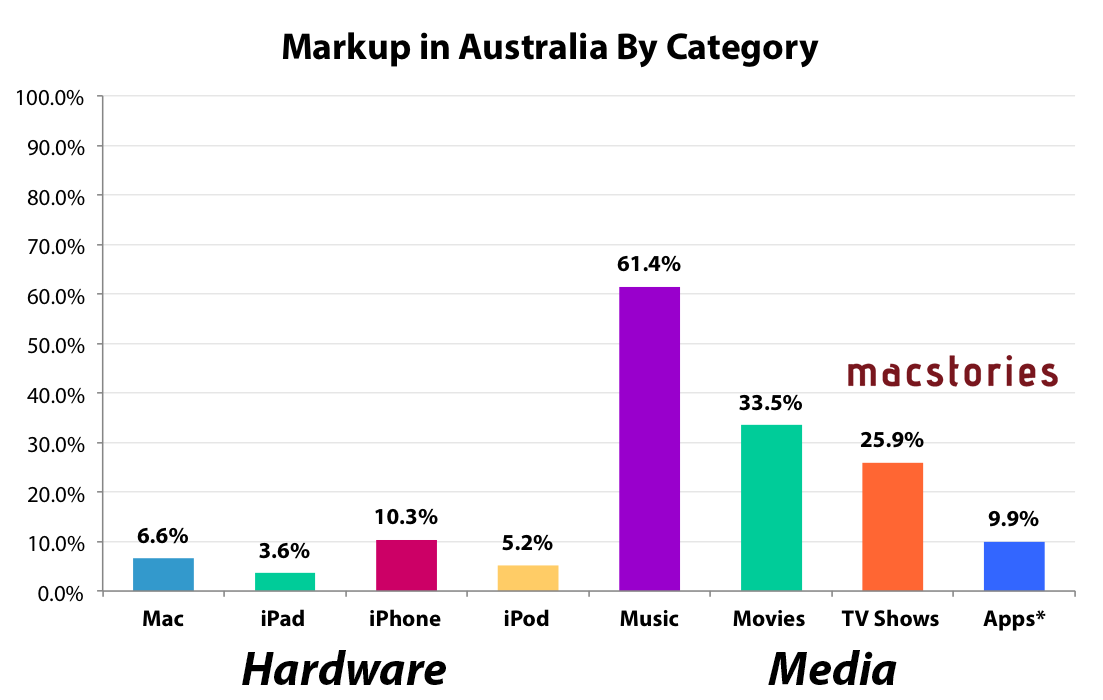 On Friday, Apple (along with Microsoft and Adobe) will front the Federal Australian Parliament’s inquiry into IT Pricing. You may recall that after failing to voluntarily appear, the committee in February of this year summonsed the three, effectively forcing them to appear. Given Apple’s appearance, I wanted to take a closer look to see what Apple actually charges for their products (both hardware and media from their iTunes and App Stores) and see how it compares to the US.

Doing this kind of analysis can be fairly contentious given there are a few ways to do it, various assumptions you have to make, and different ways of presenting the information. To be clear, here is how I have constructed the data presented in the graphs in this article.

If you notice any errors or omissions, please contact me. 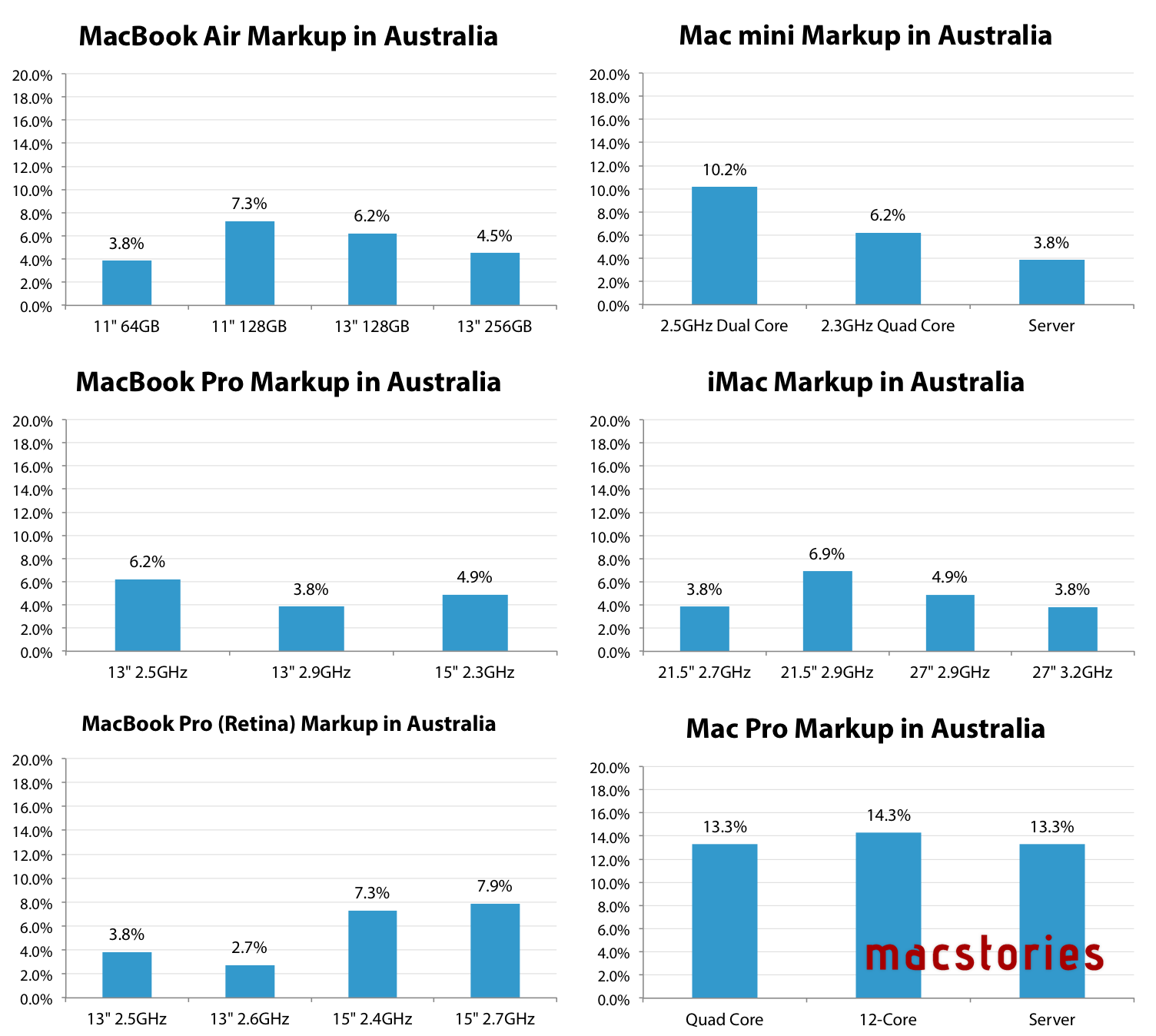 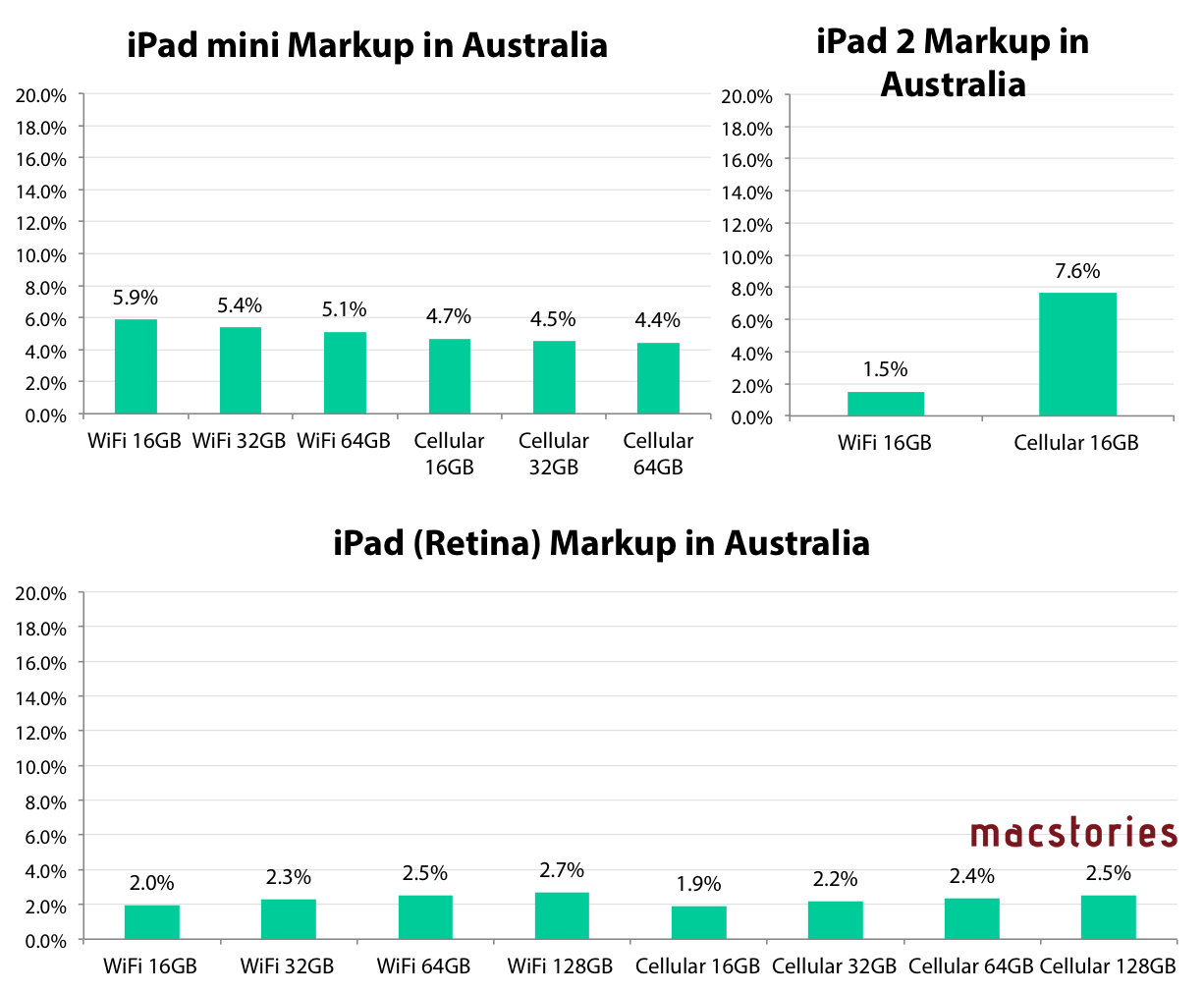 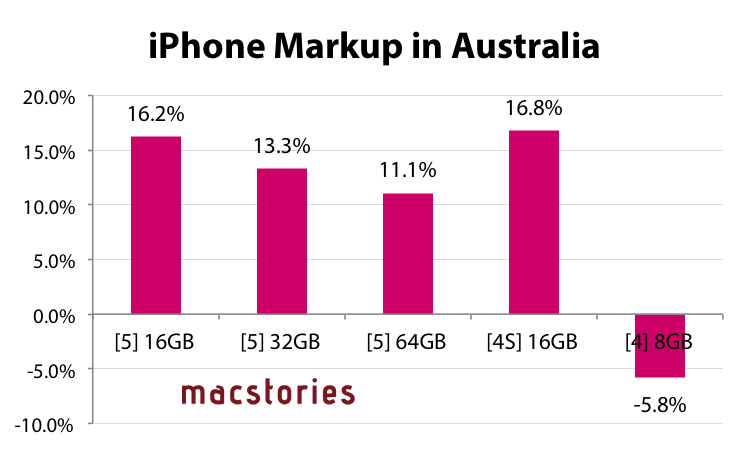 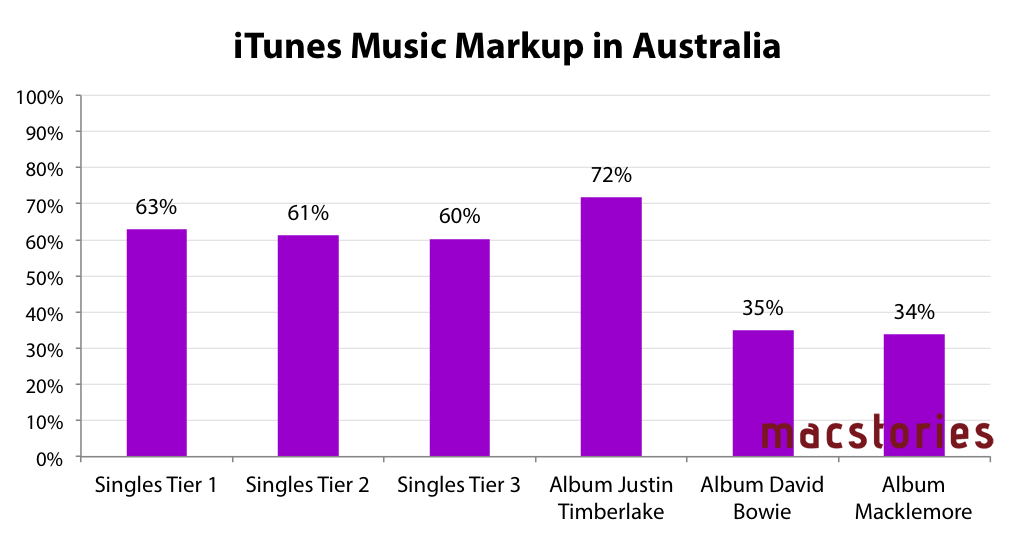 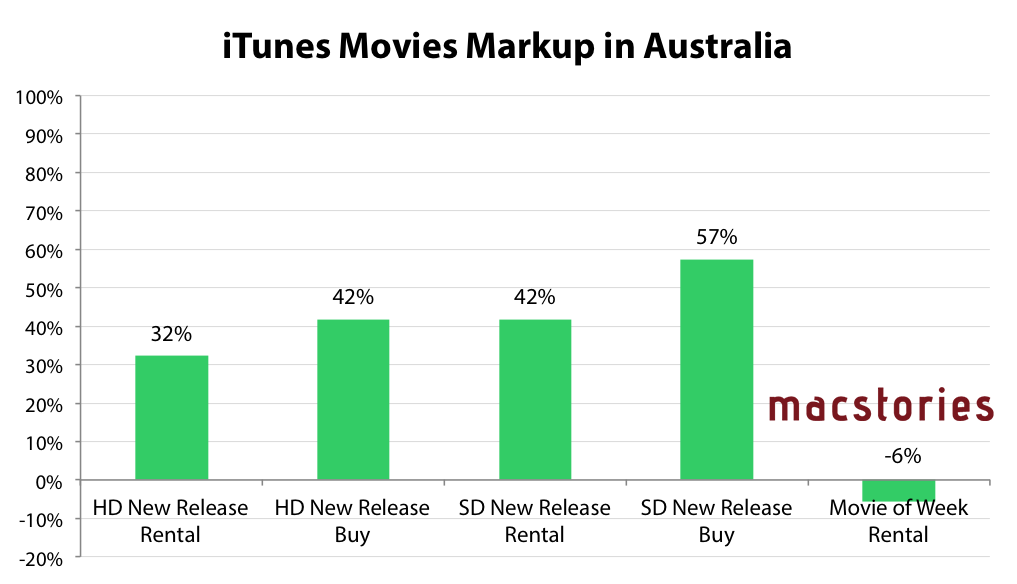 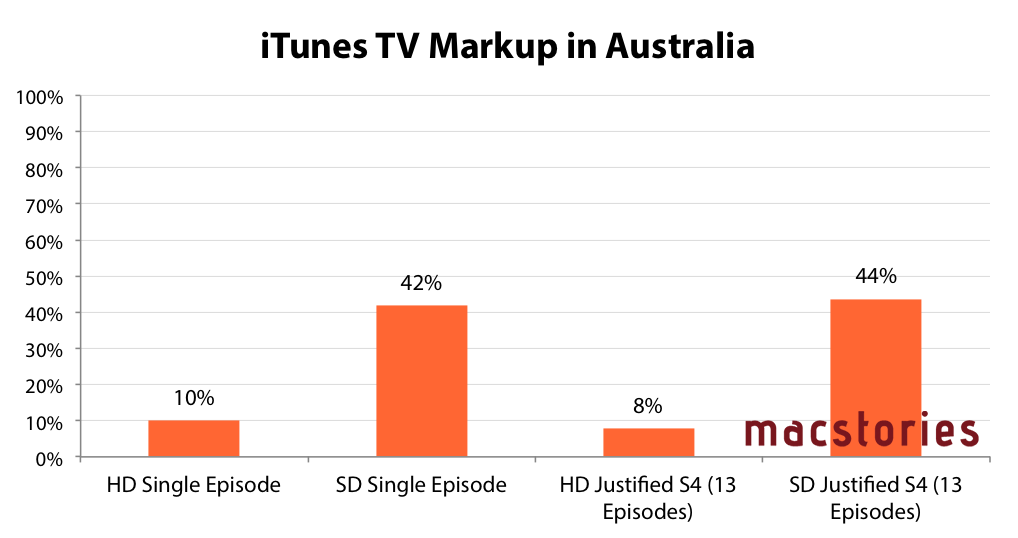 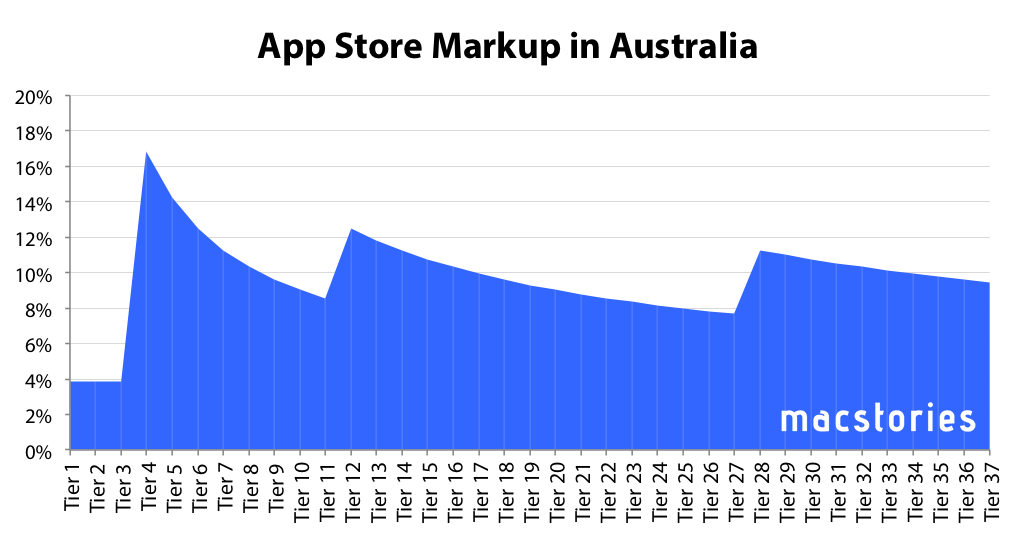 The Markup on Media Adds Up

It’s pretty evident that the markup on media for Australian consumers is quite significant. To demonstrate the extent of the markup, I created a scenario where a US and Australian consumer purchase the same content from their respective stores and compare the difference. All up, I created the following selection of content which adds up to $152.11 of content from the US store with a mix of movies, music, TV shows and apps. An Australian purchasing the same content would have to spend $196.77 - a markup of $44.66. 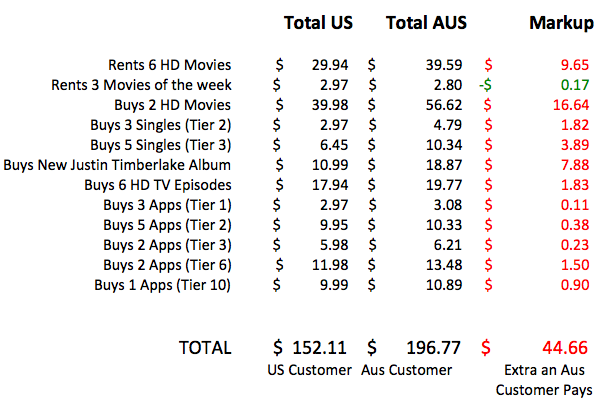 In the past, Australians have complained about the prices of Apple hardware compared to US prices, but that is no longer much of an issue. On the whole, Apple hardware in Australia has a fairly low markup that in my opinion is now acceptable - though the iPhone 5 is an exception to this, and should be lower. The real issue here is the markup on media - and specifically, iTunes. Music prices are just untenable where they are now, whilst movies and TV shows could also use significant reduction in the Australian markup.

So with all that said, here are some questions I hope will be put to Apple Australia’s leadership at tomorrow’s committee hearing: