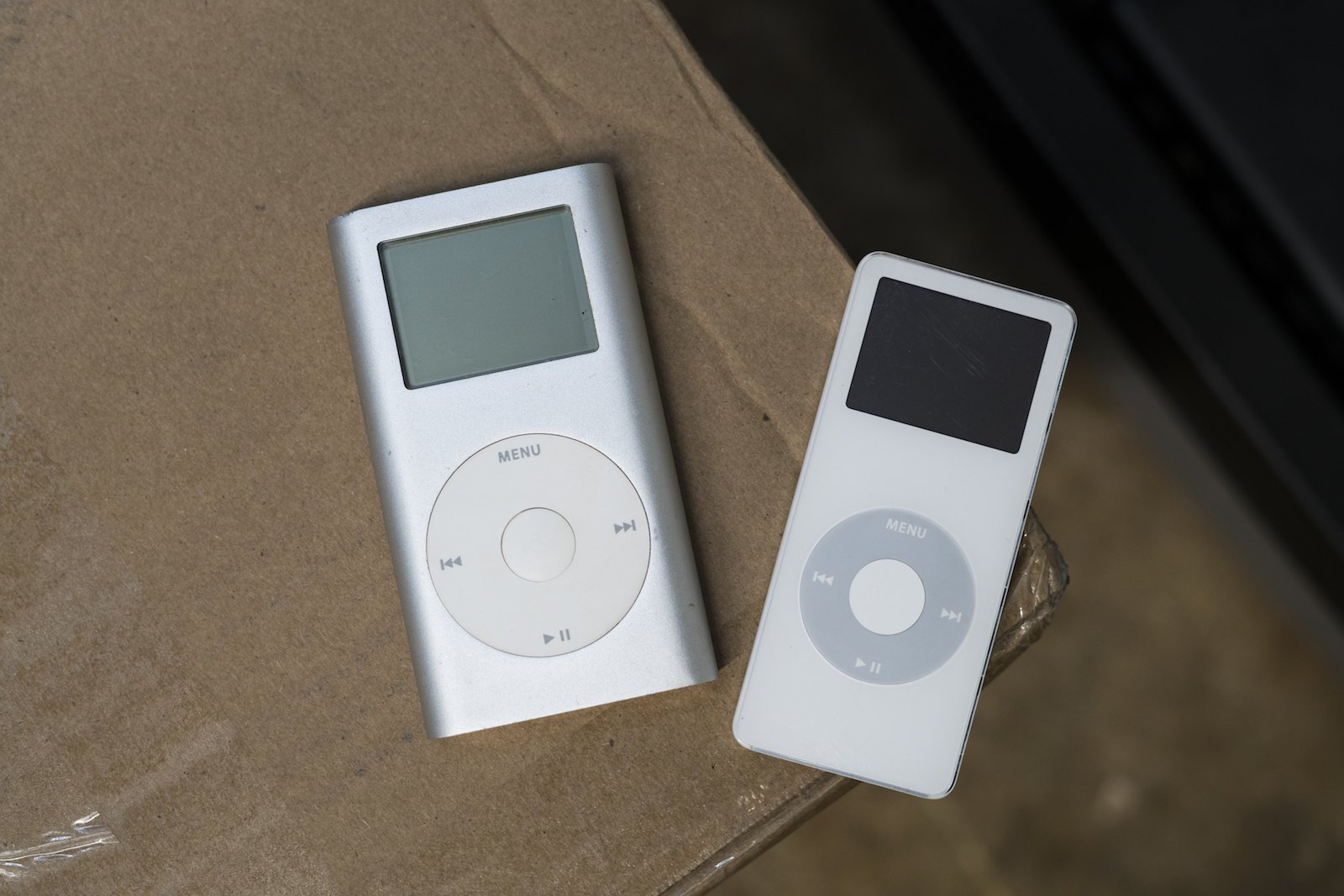 The iPod mini was introduced at Macworld San Francisco in 2004. In his keynote, Steve Jobs declared war on the Flash-based MP3 players that were enjoying success downstream of Apple’s more expensive, hard drive-based iPod.

At the time, the iPod held 31% marketshare of the music player market, with the rest of the market being split between high-end Flash players and cheap players under $100.

(Apple would get around to attacking these cheap devices with the iPod shuffle, but that’s a story for a different time.)

The iPod mini was designed to wipe out the market of Flash players that people actually cared about and used. These devices didn’t stand a chance.

The iPod mini used a spinning hard drive like its larger sibling, but cost $249, $50 less than the full-sized device. While that was more expensive than the Flash players on the market, the iPod mini offered 16 times more storage in a smaller form factor:

The business card-sized iPod mini was the first to include the clickwheel. The surface allowed the user to glide their fingers over the solid state wheel, and depress it to activate the buttons. The aluminum body came in four colors: Silver, Gold, Pink, Blue and Green: 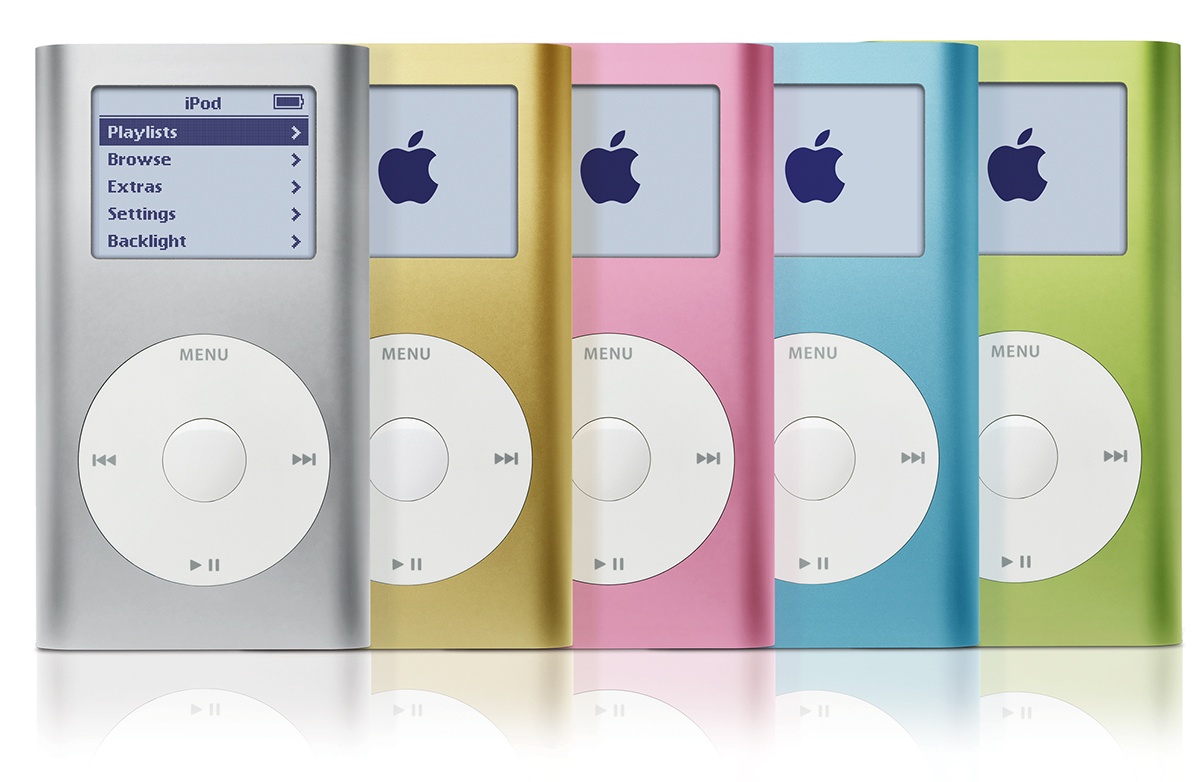 Not everyone was enthusiastic right away. Cost-per-song, the iPod mini was more expensive than the iPod, and some thought Apple charging a premium over Flash-based players for styling was ludicrous. Jason Snell addressed this in his review:

It’s incredibly small and light, comes in five different colors, and has the lowest price of any product bearing the name iPod. Yet the iPod mini is a controversial product, mostly because it doesn’t meet the expectations of people who wanted a truly low-cost iPod targeted at a mass market. But the iPod mini shouldn’t be faulted for what it isn’t. Instead, let’s appreciate it for what it is – an impressive new iPod in a smaller, more stylish package.

The world eventually came to agree with Snell. The iPod mini went on to become the most popular MP3 player in the world, even outselling the full-sized iPod. Users loved the smaller form factor and the colors were a massive hit. What color your iPod mini was said something about you.

In early 2005, Apple dropped the price to $199 and added a 6 GB model at the original $249 price point. While this revision left the FireWire cable and charger out of the box to the chagrin of some reviewers, I know many, many people who used and loved their iPod mini, and still reflect on it with warm thoughts.

A year and a half after introducing it, Apple replaced the iPod mini. “We’re going to do something pretty bold,” Jobs said on stage.

“1,000 songs in your pocket … impossibly small” was used to introduce the iPod nano, as Steve Jobs pulled it out of the small hip pocket of his jeans: 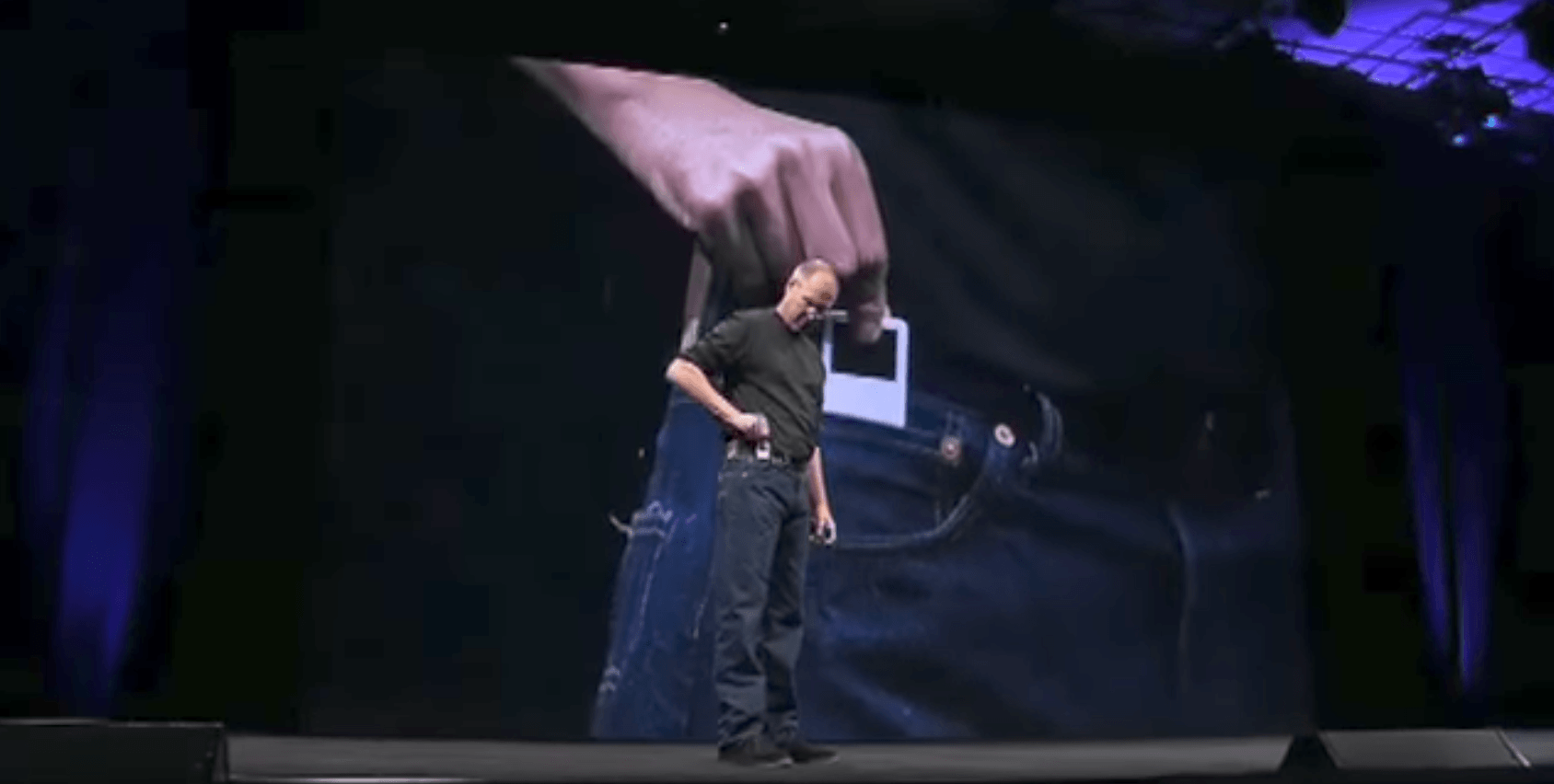 The new player included a color display and clickwheel, based around solid state storage. It was thinner than a No. 2 pencil, and was some 80% smaller in volume than the original iPod. It was 62% smaller than the iPod mini it replaced. It was even smaller than the “coolest phone on the market,” the Motorola RAZR, Jobs exclaimed.

It came in white and black, both with stainless steels back. A 4 GB model cost $249, as the original iPod mini did. Apple also sold a 2 GB player for $199. This made the iPod nano more expensive per song than the iPod mini, but I’m not sure it really mattered. 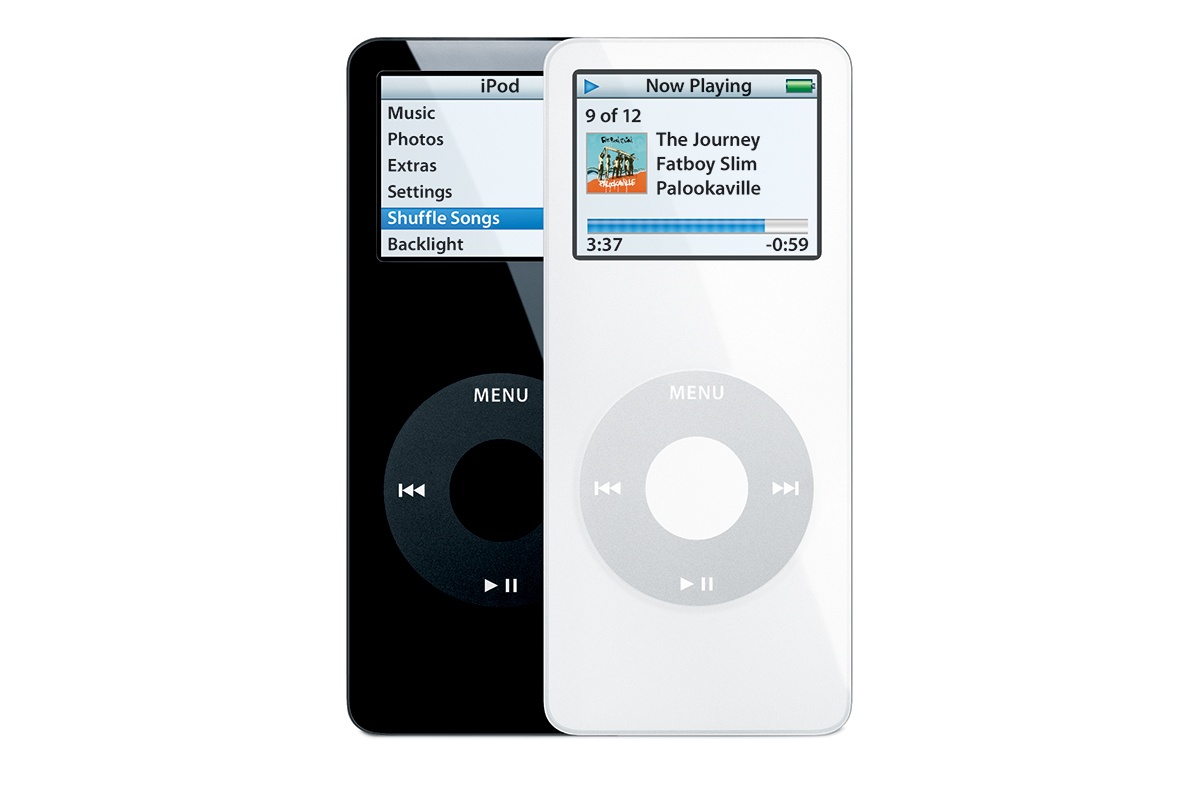 This made the Nano incredibly versatile. It proved to be a great workout companion. In fact, it gave birth to the NIKE+iPod program in 2006. I think many people ended up picking up a cheap Nano just to run or exercise with.

In reflecting on these two media players, I can’t help but think what lessons for 2017-era Apple are here. Today, the company keeps old products around to hit lower price points. The iPod nano was put out to pasture just earlier this year. Even the iPhone X is balanced with the iPhone 8.

On the other hand, the Late 2016 MacBook Pros left all traditional ports behind, fully embracing Thunderbolt 3. It seems that Apple is willing to leave a good thing behind when it sees fit, after all.