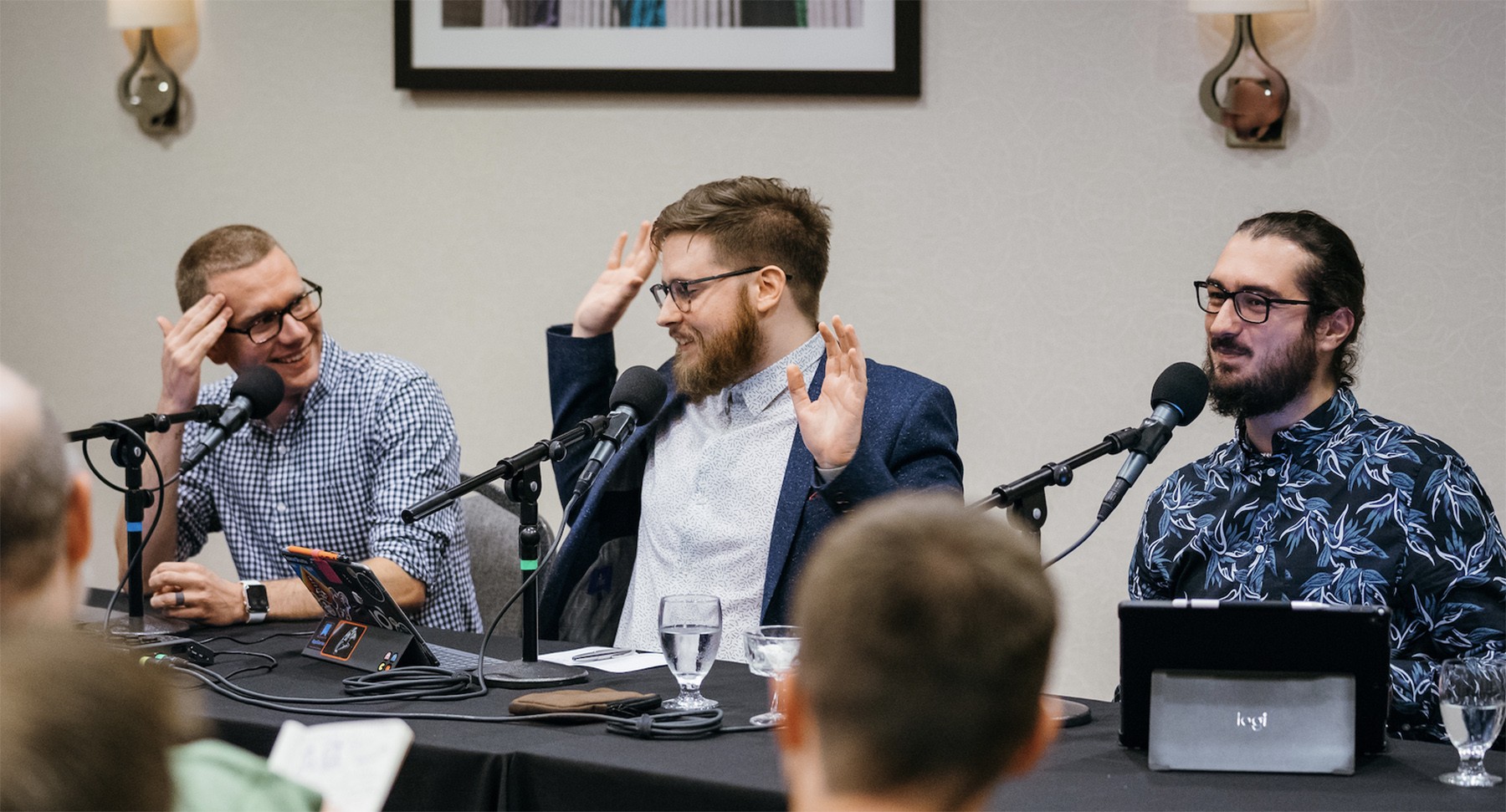 “I think we should talk to Federico about joining the show.”

With that, my podcasting career – and life – got a lot better.

This was the spring of 2013. Myke Hurley and I were packing our bags at Myke’s original podcast network, heading over to 5by5. He and I had been publishing a weekly Apple show named “The 512 Podcast,” but we wanted to do something bigger and better, and Myke had the idea to wrangle Federico into things.

While MacStories is just a few months younger than my website, even six years ago I knew it was something special. Federico works harder than just about anyone in this business, and it shows. I didn’t know him then, but I respected the hell out of him for his work, and how he handled himself online.

The idea for the podcast was pretty simple. The three of us have drastically different backgrounds (and accents), and Myke was right that our various approaches to technology would make for an interesting show. We’d cover Apple and related companies, but through our own unique lenses.

The Prompt was born. 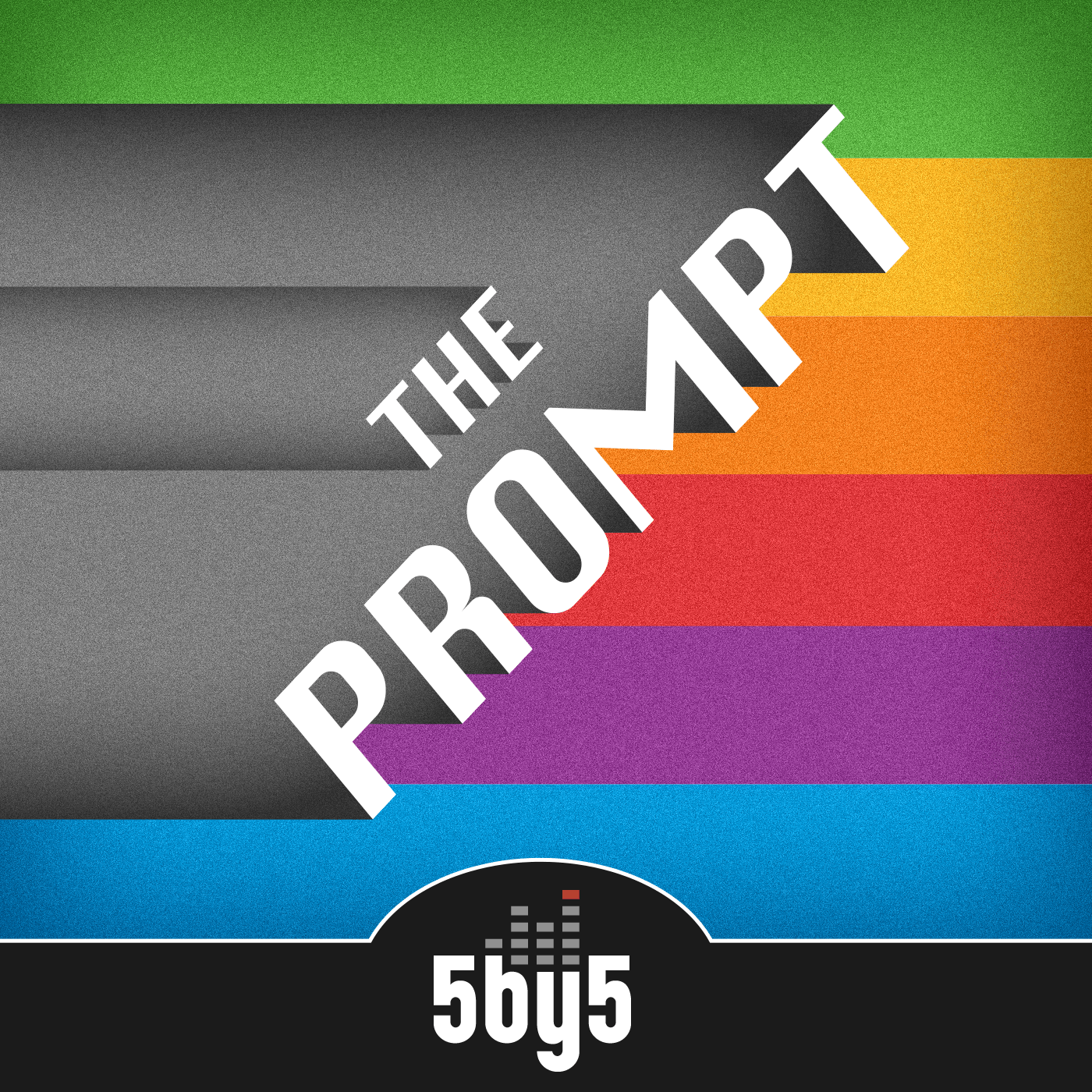 We initially had planned on having rotating guests come on to help shore up our coverage of specific stories, but over time, we realized the show was stronger with just the three of us.

We also realized that we often disagreed on the simplest things – regularly with Federico and I at opposite ends of something, and Myke in the middle. At first, I was uncomfortable with this dynamic, but it proved to be one of the key ingredients in The Prompt’s success. Being an iPad-first user was really rare back in those early years, and Federico was able to bring his perspective to the world, and to me, the older, more wise Mac user.1

The Prompt took off like a rocket. It was immediately bigger than the old show, and just continued to grow. Of course, 2013 was a different era. The Prompt began after Build and Analyze and Hypercritical ended, and just a few months after ATP got off the ground.

In many ways, it was the right show at the right time, and it afforded Myke, Federico, and I opportunities we’d never had before. My first podcast appearance with Jason Snell was on The Prompt, and it’s how I met folks like Dr. Drang, Underscore, and many more.

Looking back, it’s hard to believe that The Prompt ran for just over a year, but that is because the biggest opportunity came along: starting Relay FM in the fall of 2014.

The Prompt had given us the confidence we needed to go out on our own, and its size opened our eyes to how many people were interested in what we had to say about Apple and other tech.

When we launched Relay FM, The Prompt got rebranded as Connected, but despite the snazzy new artwork, the show stayed the same. We still disagreed on things and still enjoyed tossing ridiculous antics into what would otherwise be a pretty straight-forward tech podcast.

A massive high point for Connected came at WWDC 2018, when the podcast’s artwork was used in the slides showing off the Podcasts app on the Apple Watch. It was then repeated at the end of the keynote as Tim Cook recapped the morning’s news. 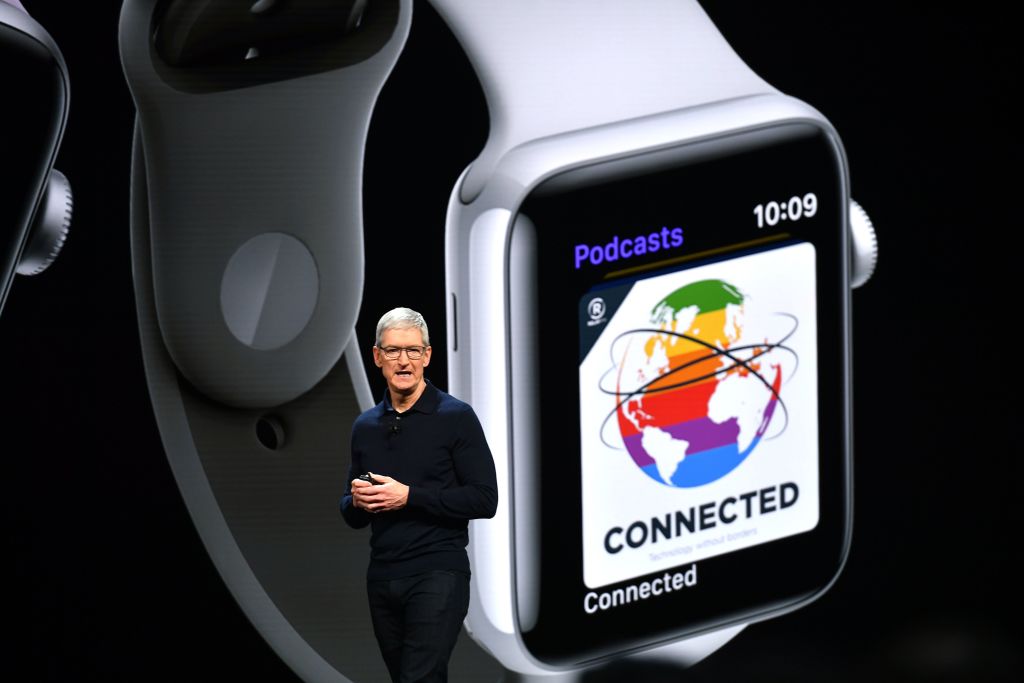 This happened in the most Connected way possible. Federico was in the audience for the keynote, and Myke was in his hotel room in San Jose, with a bunch of other nerds.

I wasn’t in California yet, but still at home in Memphis due to a death in the family. I was watching the keynote at my desk, and all of a sudden Tweetbot exploded. It was fitting that for one of the show’s biggest moments, we were apart from each other. Our locations are even highlighted in our show’s artwork.

In our six years podcasting together, Federico has gone from a coworker to a dear and trusted friend. We may not get to see each other more than a couple of times a year at best, but what we record every Wednesday is just the tip of the conversations we hold throughout the week.

I’ve seen Federico go through rough times with his health, but he’s come out the other side stronger than ever. I’ve watched him agonize over things like iOS reviews, just to publish the best iOS-centric content on the Internet. It’s been exciting to see the team at MacStories grow over the years, which is a testament to Federico’s strengths both in content creation and in business.

He’s pushed me to be a better writer and podcaster, as well as a better person. And for that, I say grazie, Federico. Grazie.