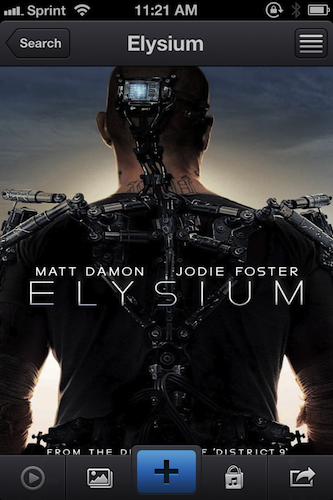 Due in part to the frequency I can meet up with friends and get to a movie theater, I inevitably end up with a backlog of movies to watch since I often don’t see them until months after they’ve been released. It wasn’t until last weekend that I finally watched The Hobbit for example, both in part to try Vdio and get hands on with Taphive’s latest app.

Where Apple’s Trailers showcases upcoming films and offers up information on where and when to watch them, TodoMovies 2 is your personal list of movies seen and not yet seen, keeping movies sorted in any preferred order while also offering trailers and additional links to associated goodies like soundtracks. Integrated with TMDb and additionally bringing in ratings from sites like Rotten Tomatoes and Netflix, TodoMovies 2 offers a quick glance at actors and actress, plot summaries, and ratings underneath gorgeous movie posters that shine on Apple’s Retina displays.

It’s quite a bit of praise, but TodoMovies 2 is one of the most visually impressive apps I’ve seen on an iOS device. It’s stunning to look at and it’s full of delightful little details. Admittedly when an app is full of colorful movie posters it’s hard not to have a lot of beautiful artwork to showcase, but what Taphive has done for an app that’s relatively simple in scope is nothing short of a job well done. 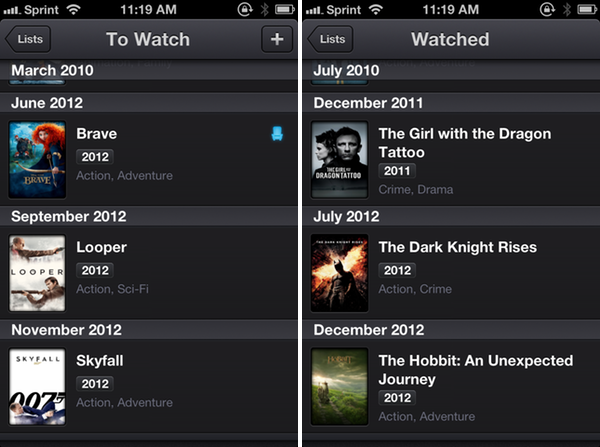 To Watch and Watched 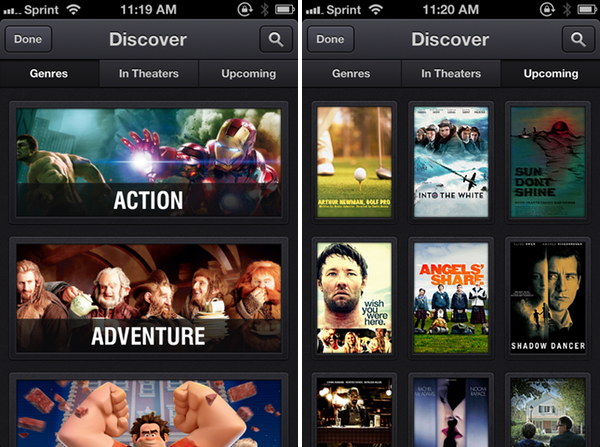 TodoMovies 2 is divided into three general sections: To Watch, Watched, and Discover. The former is simply a list of films you want to watch or have seen, keeping movies neatly organized by order added, release date, or alphabetically. And for those movies there are settings to dictate whether you see badges on the home screen or whether you want to sync your list of movies over iCloud. The latter involves finding movies, where you can search for films to add by title or through genres like Action and Comedy. Additionally you can filter the list down to movies that are in theaters or are upcoming. The visual polish is immediately noticeable as featured movies fade into view, with movies appearing one-by-one in organized grids as you scroll throughout.

Tapping on a film brings up a high resolution movie poster with tabs to view the trailer; a gallery of various press shots from TMDb; a button to add the film to your list or mark it as watched; a tab for finding related goodies such apps, books, and soundtracks; and lastly a button to share the movie on social networks like Twitter and Facebook. The film title scrolls back and forth at the top of the view, while pictures and movies slide into place. Buttons for various ways to share what you’ll be watching unfurl from the bottom of the display. Everything continues to have that extra bit of polish.

Pro tip: tapping and holding on a poster lets you save it to your photo gallery, essentially giving you the option to use it as lock screen wallpaper. And images in the photo gallery can be saved to Dropbox. 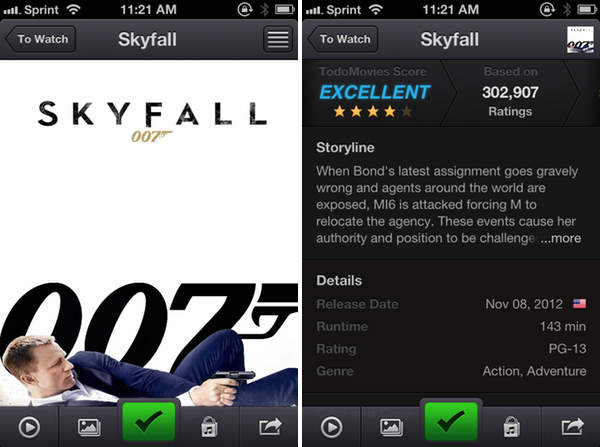 Double tapping a movie poster or tapping on the details button in the top right corner reveals information such as the storyline, when the movie was released and where, who the movie is appropriate for, the genre, cast and crew, and various scores as awarded by critics. Everything shown is probably what you’d expect to find from an IMDb summary short of a wikipedian plot explanation and quotes from the film. Perhaps the only non-obvious feature of the app is the scrollbar at the top where you can horizontally reveal Rotten Tomatoes ratings and the like.

I honestly can’t find anything to complain about in TodoMovies 2. The app looks good, trailers loaded quickly, and images always appeared promptly when browsing films unseen. Upcoming films sometimes don’t have the meat that currently released films do, such as expansive galleries or links to stuff associated with the film, but that’s to be expected. Maybe two niggles are that unavailable trailers aren’t denoted clearly enough and that I can’t search by actors or actresses, but Taphive has told me that extra search functionality will be coming in a future update.

TodoMovies 2 is a free update for owners of the original app, and newcomers looking for a place to store the movies they want to see can nab the app for $1.99. Highly recommended, TodoMovies 2 is available for the iPhone on the App Store.