I have a late 2008 Macbook Pro, and one could argue that maybe it’s time for me to consider an upgrade to a new model. Maybe with some SSD and new processor goodness. I think that my machine is still a great one though, with its 4GB of RAM and a pretty capable hard disk: it’s been able to do so many things for me in these two years that I don’t see it being replaced anytime soon, actually. But, I think that’s a given that I should keep an eye on its internal stats: you know, stuff like the battery health, CPU usage over time and memory consumption.

I’ve always done that with the iStat Pro dashboard widget from Bjango (former iSlayer), but last night I decided to upgrade to iStat Menus 3. Here’s why you should do the same.

iStat Pro is a very popular dashboard widget for Mac OS X that lets you quickly check on your Mac stats like fan temperature, battery health, RAM and CPU usage. As Bjango’s tradition is a great looking piece of software but, most of all, it’s useful: when I’m doing something that requires a high consumption of resources like exporting a HD video or downloading many files at the same time, I usually invoke the Dashboard and take a look at what’s going on using this widget. It may be a little scary and too complex at first, but once you get the hang of it, it becomes a must have tool to understand everything about your Mac in different situations. Also, it’s free.

Despite iStat Pro being awesome and unobtrusive, Bjango also developed a different version of it, iStat Menus, which unlike the widget is a “real app” that sits in the menubar and allows you to choose which stats to display as icons or small graphs, animated just like in the widget. I never really considered switching from the simple widget to another app in the menubar, but the new version 3 came out last night and I decided to give it a try. Guess what, this update turned out to be one of the best Mac apps I’ve tried recently, and after some customization (because you know, I’m kind of a menubar geek) the app it’s now up and running there. It’s even replaced some “native” items from Apple. 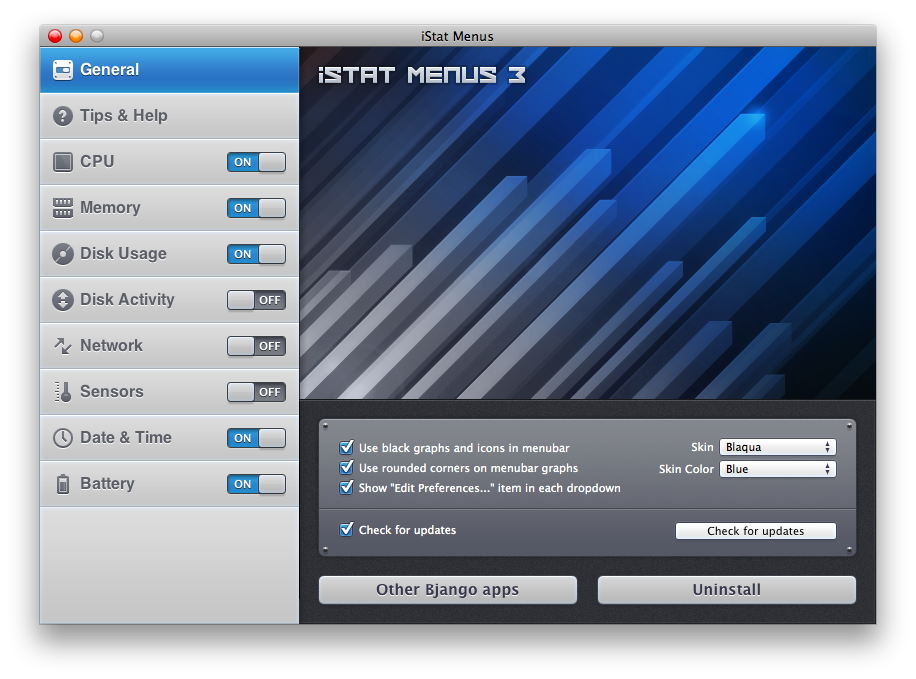 Like I said, iStat (widget or app) gives you a brief overview of what’s going on behind the curtains of your Mac: memory, CPU, disk usage and activity, network, battery and sensors. iStat Menus 3 also comes with support for date & time and, for a timezone wanna-be expert like me, this is just great. As you fire up the app for the first time you’ll be presented a delicious Bjango-style window that lists all the available items in a sidebar that takes some graphical elements from iPhone OS, like cells and switchers. It’s very good looking, and so is the right panel where you’ll be able to customize and play around with the items’ preferences. The app uses a dark color scheme against lighter menus, and the result is a huge amount of sexy pixels. You don’t mess with Bjango when it comes to UI design. It’s custom, but it’s beautiful and usable. 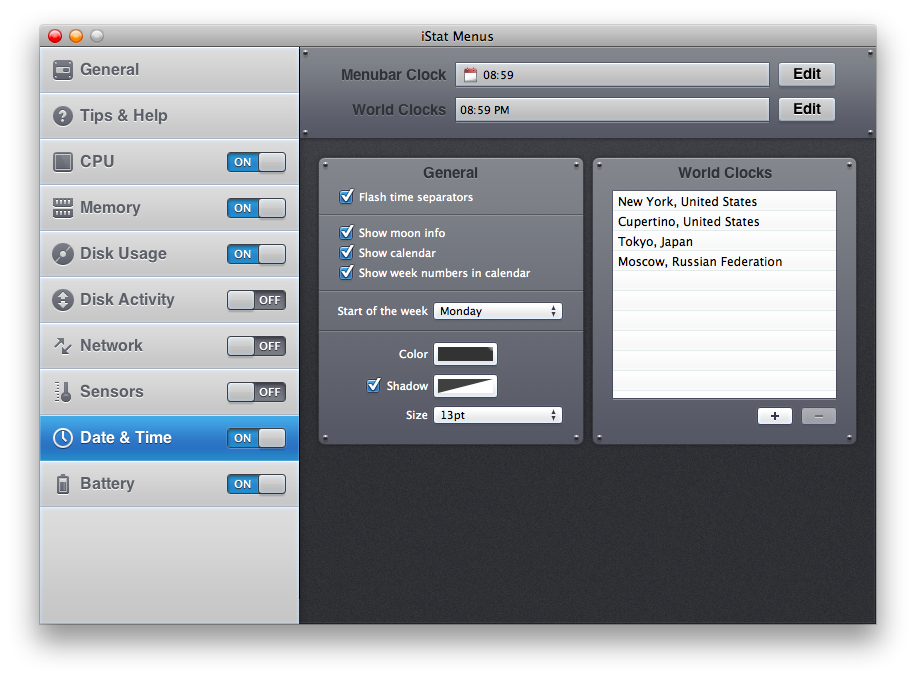 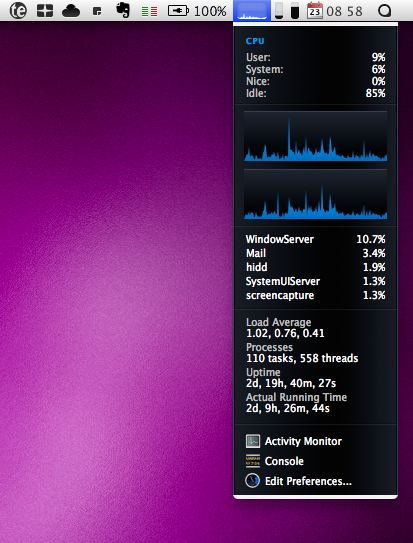 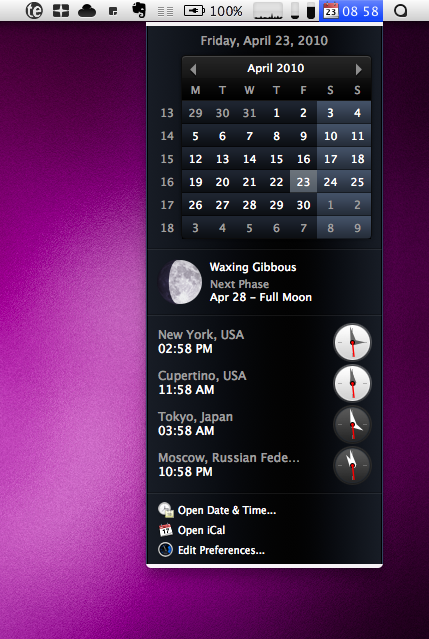 The first tab, General, lets you choose between black icons and graphs in the menubar or aqua ones, and I’ve chosen the black ones because I can’t stand colored stuff running up there. You can also set rounded corners and tell the app to display a “Edit in preferences” menu in each dropdown item. iStat Menus works like this: you either get an icon or a graph in the menubar, and to see further information about that item you have to click to display another gorgeous black menu with many additional details (numbers, graphs) about that item. If it’s the RAM, you get Wired, Active, Inactive and Free together with the top-consuming apps;  if it’s the battery you can see cycles, health and a progress bar. There’s so much stuff to look at and set in the Preferences I can’t really cover all in a single post, but you can take a look at the screenshots to have an idea. Personally, I’ve removed Apple’s battery and clock item to use iStat’s one. I also have a nice calendar icon in this way, but it’s red. Hopefully an update will bring a simple black one.

There’s so much about iStat Menus that you really have to try it yourself and play around with all the options. I’m sure you’ll eventually find 4 items you like and keep them in the menubar all the time. The app comes as a free demo version for 15 days, then you’ll have to purchase a license at $10. It’s absolutely worth it.