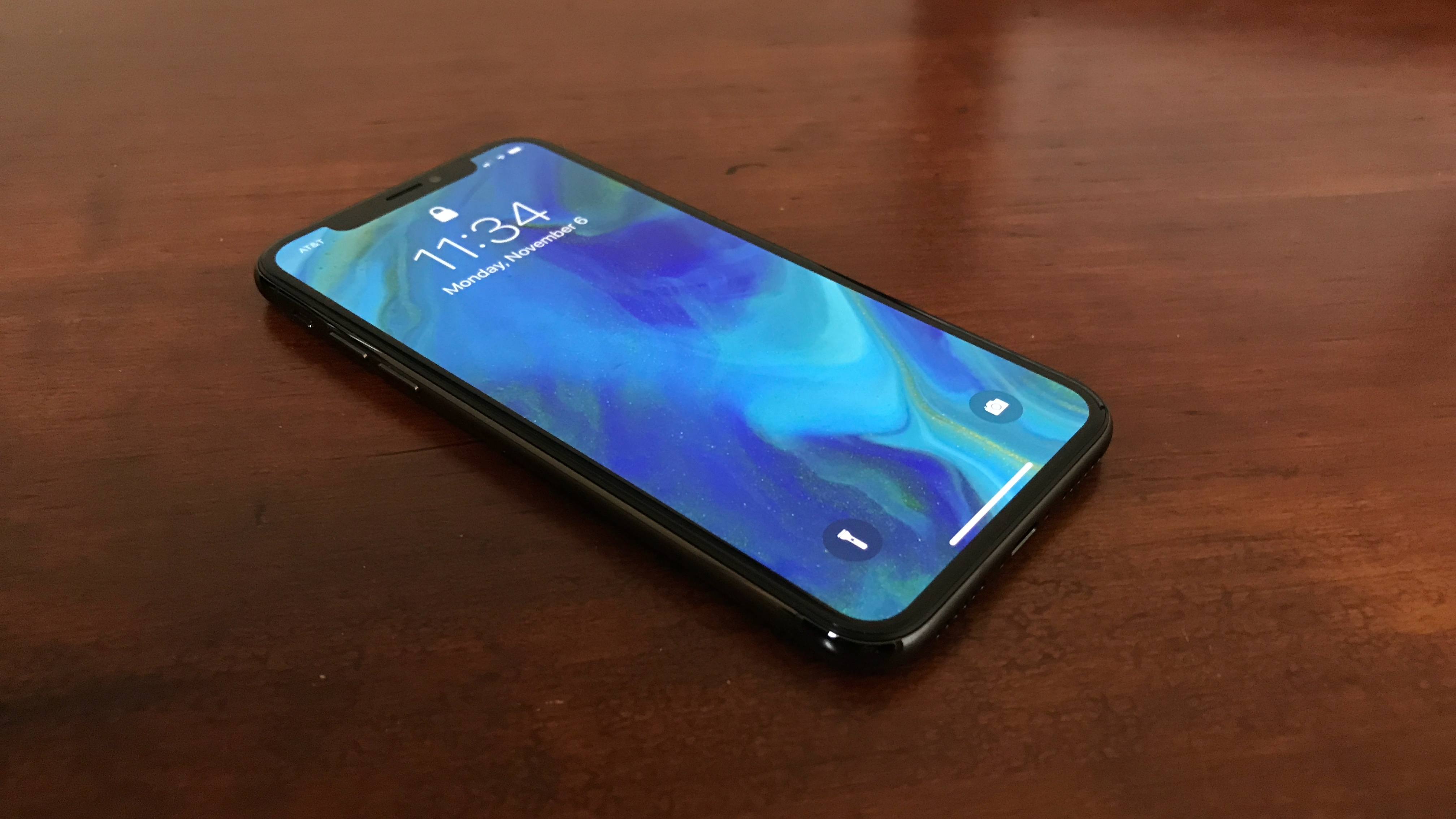 This is not just another iPhone.

Spend enough time with an iPhone X, and every prior iPhone will feel surprisingly foreign. The radically new display and Face ID are not mere features of this new device – they are foundational pieces of a new iPhone experience that, once lived with, you’ll never want to go back from.

While Federico is hard at work on his full review of the iPhone X, I wanted to share my early impressions of the device after a few days of use.

My iPhone X arrived late Friday morning, and the first detail that struck me upon unboxing was its weight – it’s substantially heavier than I expected. It’s certainly not too heavy, and the weight gives the phone a premium feel, but I’m guessing Apple will be eager to shave off some milligrams in future iterations. Due to activation issues, it took over four hours for me to move beyond the setup screen and actually use the device. While frustrating, that issue did leave me more time than usual to appreciate the iPhone’s hardware.

This is easily the most beautiful iPhone I’ve ever seen. The screen obviously contributes to that, but every other aspect of the design is just as noteworthy. I have the Space Grey model, so I can’t comment directly on the Silver, but everything about this design exudes a luxury feel. From front to back, the way glass melds with steel enables a unified, seamless appearance. The gloss and shine of the device can easily clutter with fingerprints, but incidental smudges aside, this phone is pure eye candy. 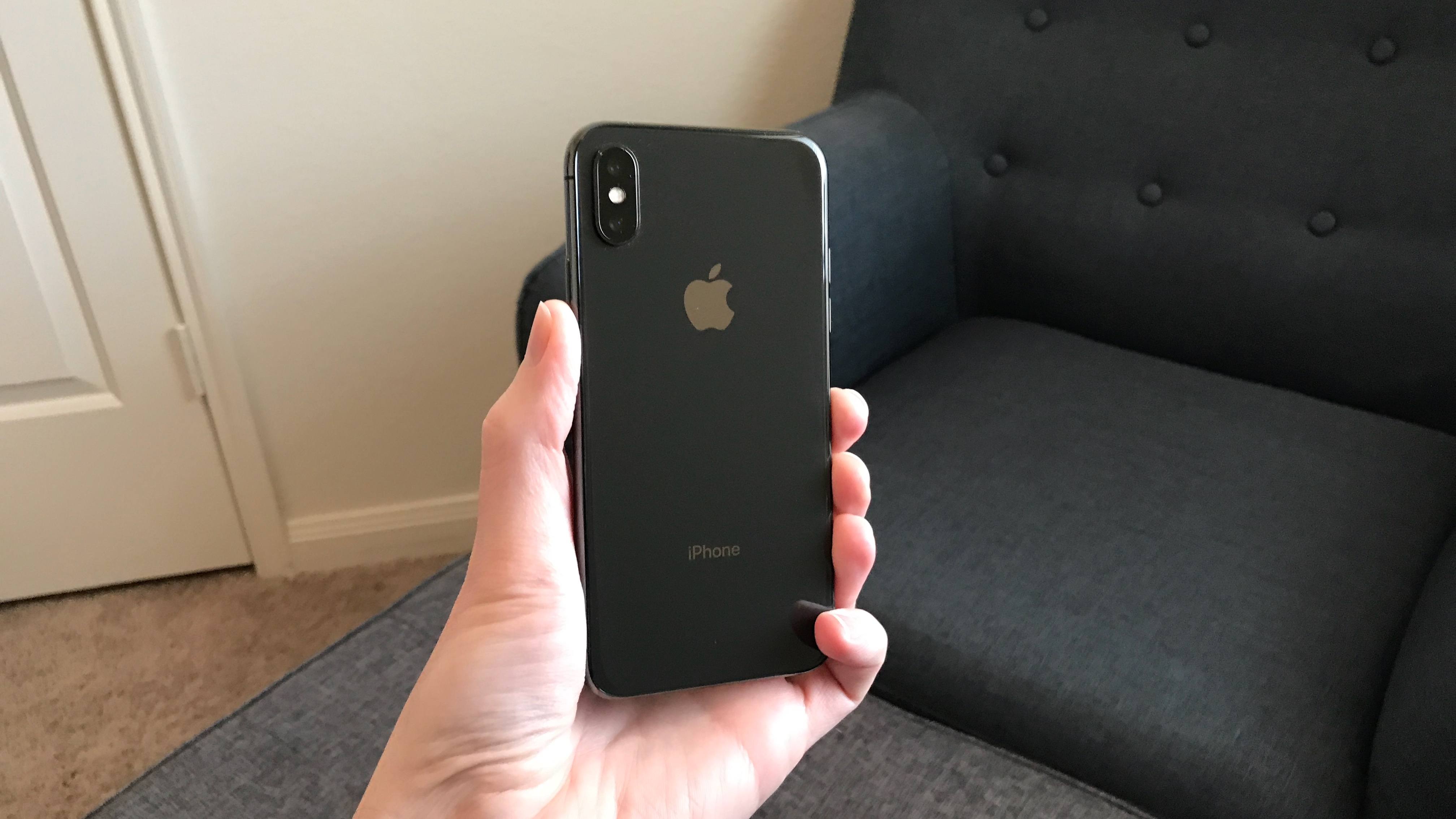 There are only two hardware details keeping me from elevating my praise further and calling the iPhone X a timeless design: the camera bump and the notch. The former looks really good with Space Grey, blending into the rest of the phone better than what I’ve seen of the Silver model. But there’s no denying its size – for the first time in an iPhone, the camera bump is big enough that it annoys me when using the device on a flat surface. I don’t use my phone that way often, but it is a flaw worth noting.

Design-wise, the notch is undoubtedly less than ideal; I’m sure we’d all agree that the screen would look better with no cutout. But in use, it is legitimately a non-issue for me. Or at least, it’s a non-issue for apps that embrace it. When using an iPhone X-optimized app, my eyes focus on the beautiful fullscreen content and pay no attention to the notch. In everyday use my eyes are rarely fixed on the very top of the display; reading in iBooks is the only exception I can think of, and the notch still doesn’t bother me then. But apps that hide all content below the notch and leave the top of the screen black simply look wrong; when using an app like that, I feel like I’m not on an iPhone X anymore, but instead a modern Android device. It’s not an altogether bad look, but it’s one that’s foreign to this device.

I won’t say much here other than that the iPhone X’s display is a wonder to behold. Colors simply shine like never before, blacks are deep and bold; iPhone displays have always been great, but this one looks supercharged. In fact, it’s so spoiled me that my less than half a year old iPad Pro display is now thoroughly underwhelming.

Besides the display’s technical achievements, its extra tall orientation works beautifully in use. Getting to see more content on-screen at once, free from the distraction of bezels, is something I think you have to experience yourself to really appreciate.

Dispelling all pre-release concerns, Face ID is undoubtedly a worthy successor to Touch ID, and an extremely impressive first-generation feature. Like with Touch ID, I expect it to get faster in the future, but it doesn’t feel at all slow now. The setup process is a massive improvement over Touch ID, and after setup, it initially feels like a magical feature before fading quickly into a non-feature that just works.

On my first day of use, Face ID genuinely surprised and delighted me every time I used it. The absence of any required action to engage it seemed crazy. I just looked at my phone, as usual, and my phone knew it was me. I even caught myself laughing in disbelief several times that first day as Face ID did its magic. 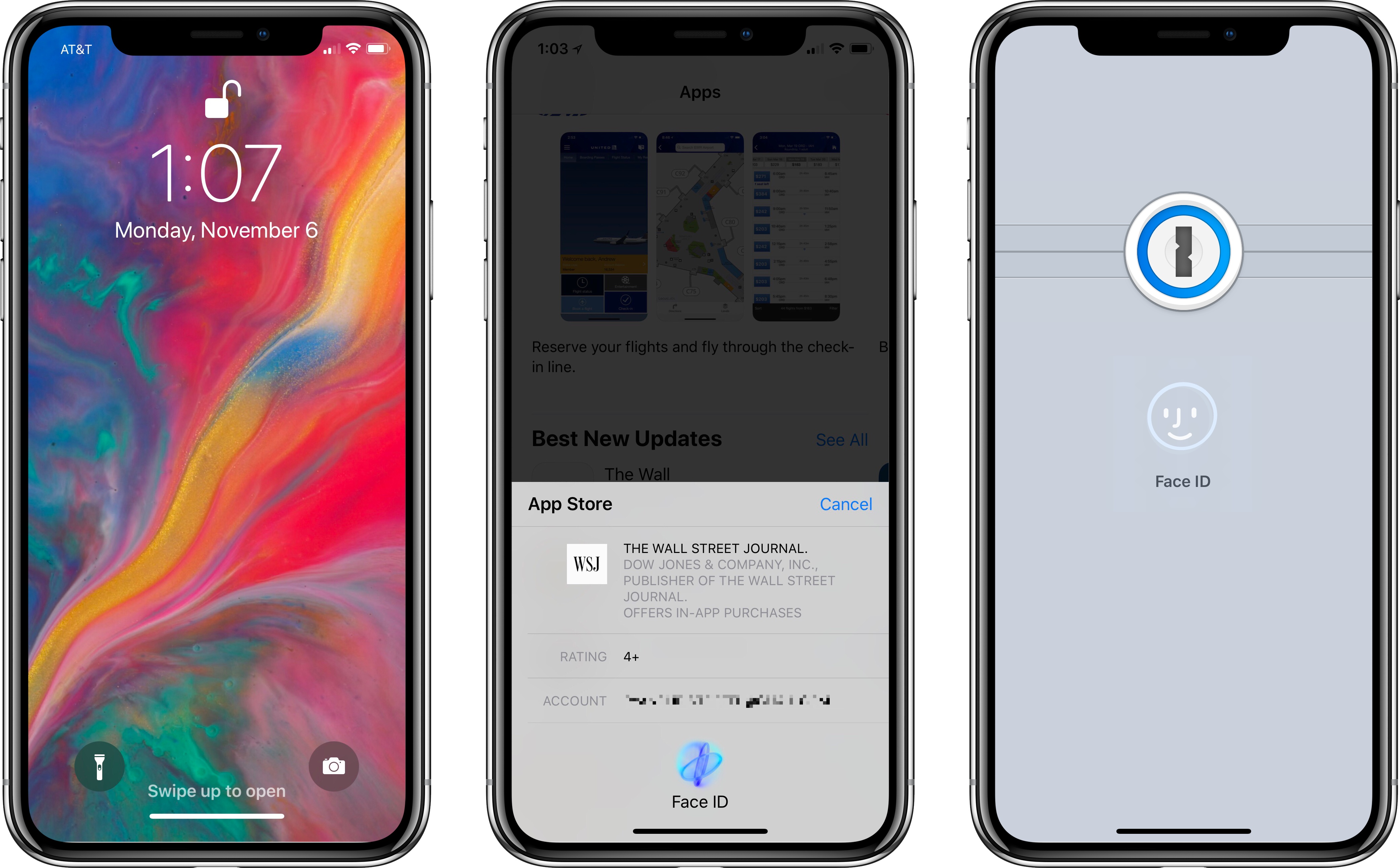 It’s difficult to overstate how transformative Face ID feels at first. We’re so used to having to do something – even something as simple as resting our finger on the Home button – to get our devices to do something for us. Whether it’s unlocking, verifying a purchase, or accessing passwords stored in 1Password, all of these tasks have always required user interaction. For a long while that was entering a passcode, but in recent years Touch ID has made it as easy as we could imagine. In fact, it’s precisely because Touch ID works so fast and seamlessly that the tech community could scarcely believe initial rumors of it not being included on Apple’s latest flagship. But despite Face ID’s limited drawbacks – namely, not being great when the iPhone is sitting on a desk, incompatibility with some sunglasses, and the twin problem – it outranks Touch ID in practically every way.

After my first day of use, I began forgetting about Face ID as a feature altogether. When I want to look at notifications on my phone, I just look at them, and opening one means simply tapping on it. There’s no authentication required because the authentication has already been completed invisibly – all without me even thinking of it. When I want to get to the Home screen, I just swipe up to get there; there’s no need to do anything else. Times I need to authenticate within apps, such as for unlocking sensitive data, I don’t do a single thing. My phone does all the work recognizing me, then lets me in.

Face ID’s quick progression to an invisible feature is a testament to how remarkably dependable it is.

Only twice so far can I remember Face ID failing me, and both failures took place right after waking up in the morning. On my first morning with the iPhone X, I was wearing glasses and, I imagine, looked disoriented from having just woken up. I put my passcode in, then proceeded to lock the device and try Face ID again – it worked. Apparently Face ID is a quick learner. The second failure happened because I was squinting too much – a sleepy act of self-defense against the iPhone X’s bright OLED display. When I realized what I was doing, I opened my eyes a bit more and Face ID worked. Overall, Face ID definitely has a higher success rate than Touch ID for me.

Optimized Apps: Before last week, I was afraid apps would take a while to optimize for the iPhone X’s new screen size, but I’m glad to report that fear has proven unnecessary. Even on launch day, it was more rare for me to use an app that hadn’t been optimized than one that had – and things have improved even since then. Certainly it helps that I use a lot of Apple’s own apps, but just for a little context, among third-party apps currently on my Home screen, only three out of thirteen don’t yet support the iPhone X – and one of those I know will be updated shortly. I can’t remember a time when developers were so quick to support a new screen size, and that support has made the iPhone X experience immediately more pleasant.

Gestures: The iPhone X’s gestures may require an adjustment period for some people, but for me, they clicked right away. Swiping to go Home is the easiest to pick up, but swiping right and left to switch between apps feels just as natural. From watching the keynote, I was a little concerned about the gesture to enter the app switcher, but in real use it’s extremely simple thanks to the slight bit of haptic feedback that helps ensure you stop lifting at the right place. The app switcher gesture does seem slower than 3D Touch on past iPhones, but it’s also needed less often – most of the time I switch apps by swiping back and forth along the bottom of the screen. The only gesture I would tweak if I could is pulling down from the top-right of the screen for Control Center. I don’t know quite what the best fix would be, but I hope Apple’s not too set on its current choice, which is hard to perform one-handed.

Tap to Wake: Since Raise to Wake works so well, I didn’t know how helpful it would be tapping the iPhone X to wake it. In practice though, it’s a great option for when you’re not holding the phone, or as a fallback option when Raise to Wake isn’t fast enough. I still need to train myself to use it more often though rather than reaching for the side button.

Animoji: It’s been a busy weekend, so I haven’t had much chance to play with Animoji thus far. Two quick thoughts though: I love what other people are doing with them, especially Animoji karaoke, and the ten second timer for iMessage recordings has to go.

Plus No More: I’ve only used a Plus size iPhone for one year, but in that time I quickly adapted to the larger screen and even the device’s extra bulk. On one hand, the iPhone X is no Plus phone – it uses a standard iPhone 8 class size for apps, which means a smaller keyboard and less overall width. But the extra height of the iPhone X means the screen doesn’t feel cramped, so I haven’t actually felt like I was missing out on any content. It’s early days, but I’ve had no trouble moving away from the Plus. I certainly wouldn’t mind a X-style Plus model later on though.

Once you grow accustomed to the iPhone X, there’s simply no going back to an older model.

After I had used the iPhone X for a mere hour, my iPhone 7 Plus seemed – to put it bluntly – like garbage. I picked it up, used Touch ID, navigated around a few apps, and the whole experience was one of using antiquated tech.

Most people will probably need more than an hour with the iPhone X to arrive at a similar conclusion, but no matter the transition time, the point is that in the end, iPhone X makes previous devices we’ve loved all of the sudden obsolete.

Every new iPhone contains an assortment of big and small improvements, but this one is different. Never before has an iPhone felt so radically new when compared to its predecessors. The best way I can describe the feeling is that it’s similar to when I got my very first iPhone – the surprise and delight, the disbelief over what all it could do, and the sense that I’d never experienced something quite like this before.

iPhone X is like your first iPhone all over again: it’s the iPhone reborn.