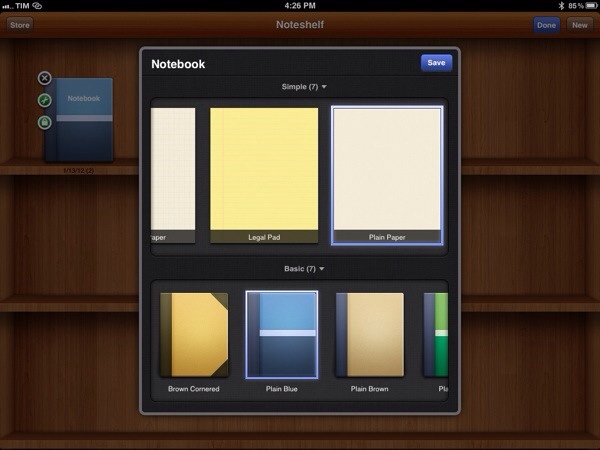 We often cover Dropbox-enabled text editors and word processors here at MacStories, but we’ve been keeping an eye on handwriting apps as well, a category of software that has seen a huge rise in popularity and user adoption since the release of the iPad. Two personal favorites of mine in this space (and admittedly the biggest players on the App Store, too), Penultimate and Noteshelf, have been recently updated with major new functionalities that dramatically improve the usability and performances of these apps.

Penultimate, which we have covered quite a few times in the past, reached version 3.3 adding direct Dropbox and Evernote integration, Dropbox backups and an “Open In” menu to send notebooks to other installed iOS applications. Penultimate can now send notebooks or individual pages to Dropbox or Evernote; in Evernote, the service’s OCR capabilities for images will make sure your notes will also be fully searchable (that is, unless you really have bad handwriting that OCR can’t analyze). The Dropbox backup option, available in Settings, allows you to always keep the most recent versions of your notes backed up the cloud. 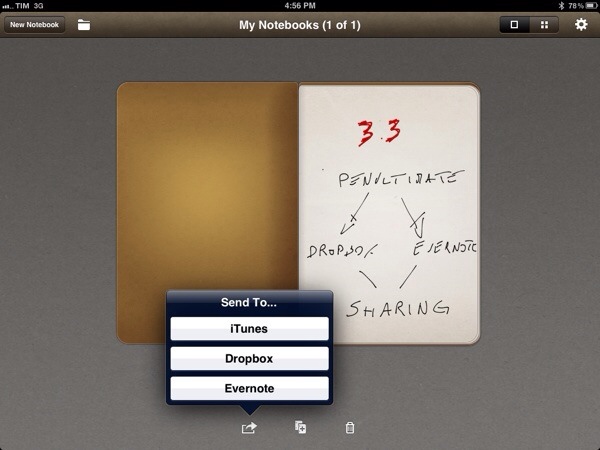 Other improvements in Penultimate 3.3 include bug fixes and possibility of pasting ink copied from other apps (I couldn’t get this to work with either Noteshelf or Bamboo Paper). Overall, Penultimate remains a fantastic iPad handwriting app with one of the finest inks I’ve seen on the platform and now proper cloud-based features to get your notes out of your device. Penultimate is just $0.99 on the App Store. 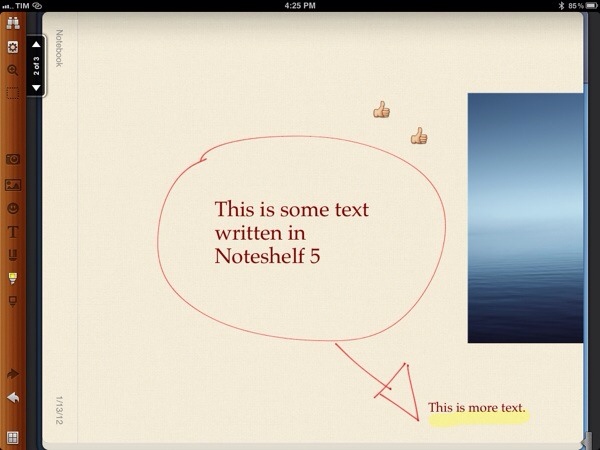 Noteshelf, another app we’ve covered on MacStories before, has been updated to version 5.0 adding the most requested functionality: text. You can now tap anywhere on the screen, and bring up the iPad’s touch keyboard to start typing text alongside your handwritten notes and sketches. Unlike Penultimate, Noteshelf is jam-packed with features: aside from notebook themes and several page designs (also available in the in-app store), Noteshelf comes with highlighters and smiley faces that can be embedded in a document, page search (limited to typed text) and tagging (new in version 5.0). Starting from the interface, Noteshelf seems to appeal to a different kind of iPad user than Penultimate, one that is looking for many powerful functionality rather than the focused simplicity of Penultimate. Noteshelf undoubtedly comes with many functionalities, and the page toolbar UI can be a little disorienting at first. However, the new features introduced in 5.0 make up for the slightly more cluttered UI, which just needs some time to get used to.

Noteshelf is a very powerful piece of software, available at $4.99 on the App Store.