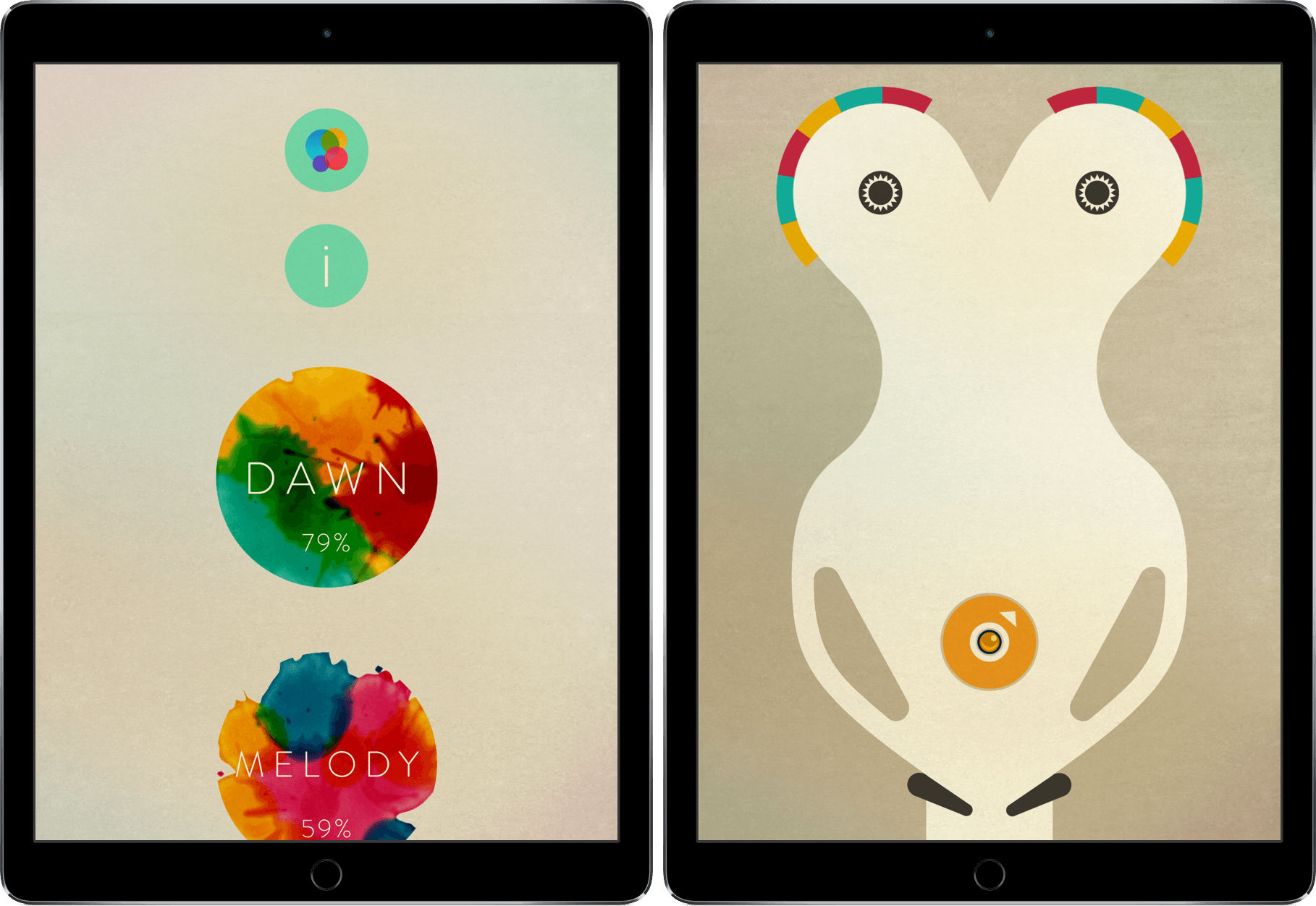 For a game to improve on its predecessors, it has to do something that none have done before it. This can be a tricky task, however – adding or eliminating one thing can be cause for uproar.

INKS is a game of pinball, but in a way that completely breaks the mold. Its improvement on the classic pinball game genre is evident and revolutionary enough to demand attention. 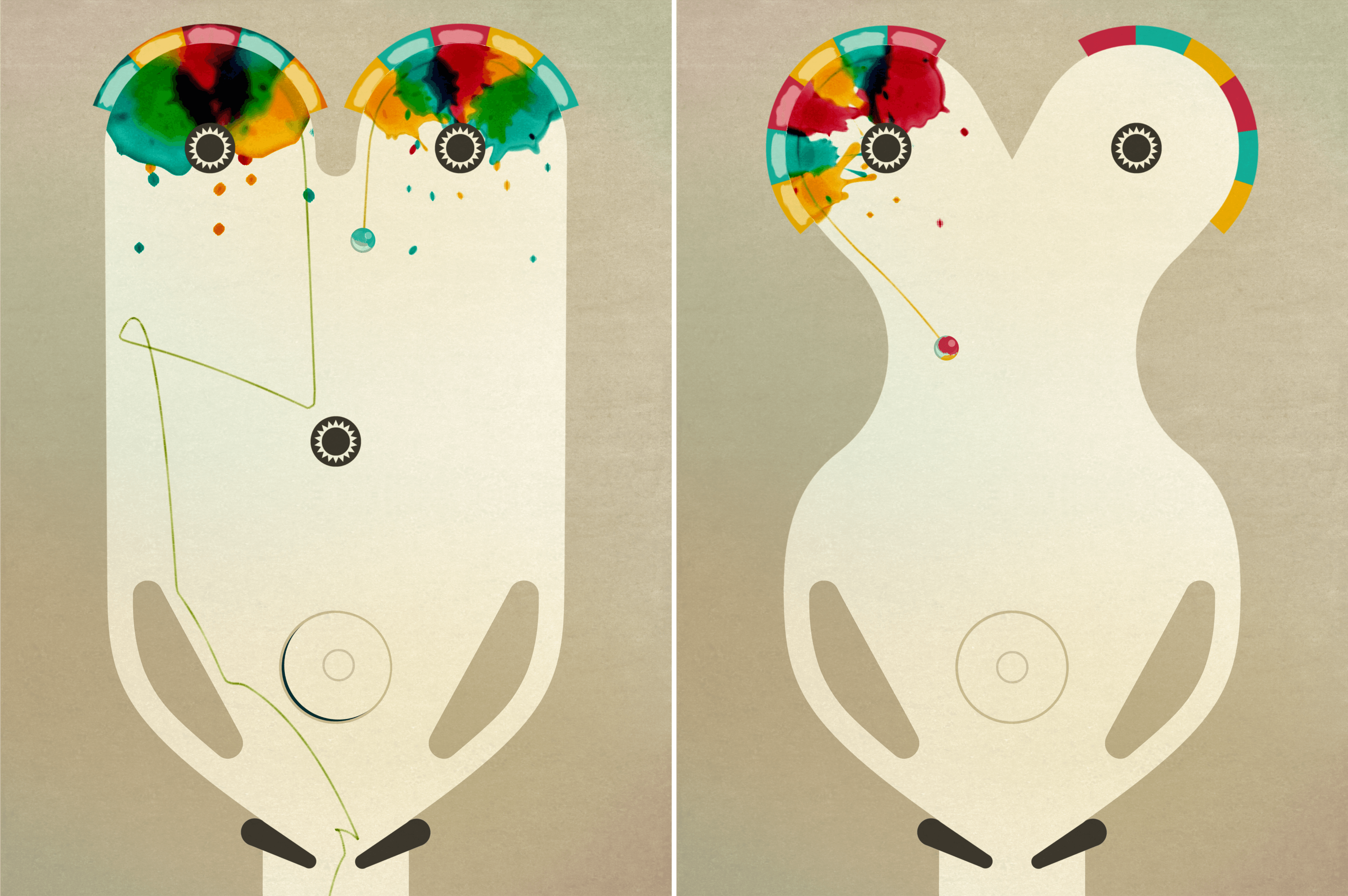 In INKS, you won’t be aiming for high scores; instead, the end result will be determined by how many attempts it takes you to splatter paint across the game board. Each color, portrayed by a line or circle, will “pop” if touched by the ball – hitting all of the targets will complete the level. By tapping either side of the screen to control the respective paddles, you’ll need to keep the ball up long enough to strike every color.

In a normal game of pinball, the ball slipping between the two paddles too many times results in a game over. In INKS, though, it’s impossible to fail a level. After three attempts, you’ll be assigned a black ball that, while still usable, signifies a missed chance at a “medal” – a gold, silver, or bronze ball assigned under the game board in the selection screen. INKS doesn’t hold you back from taking on levels, so feel free to jump ahead if a level is giving you too many problems. 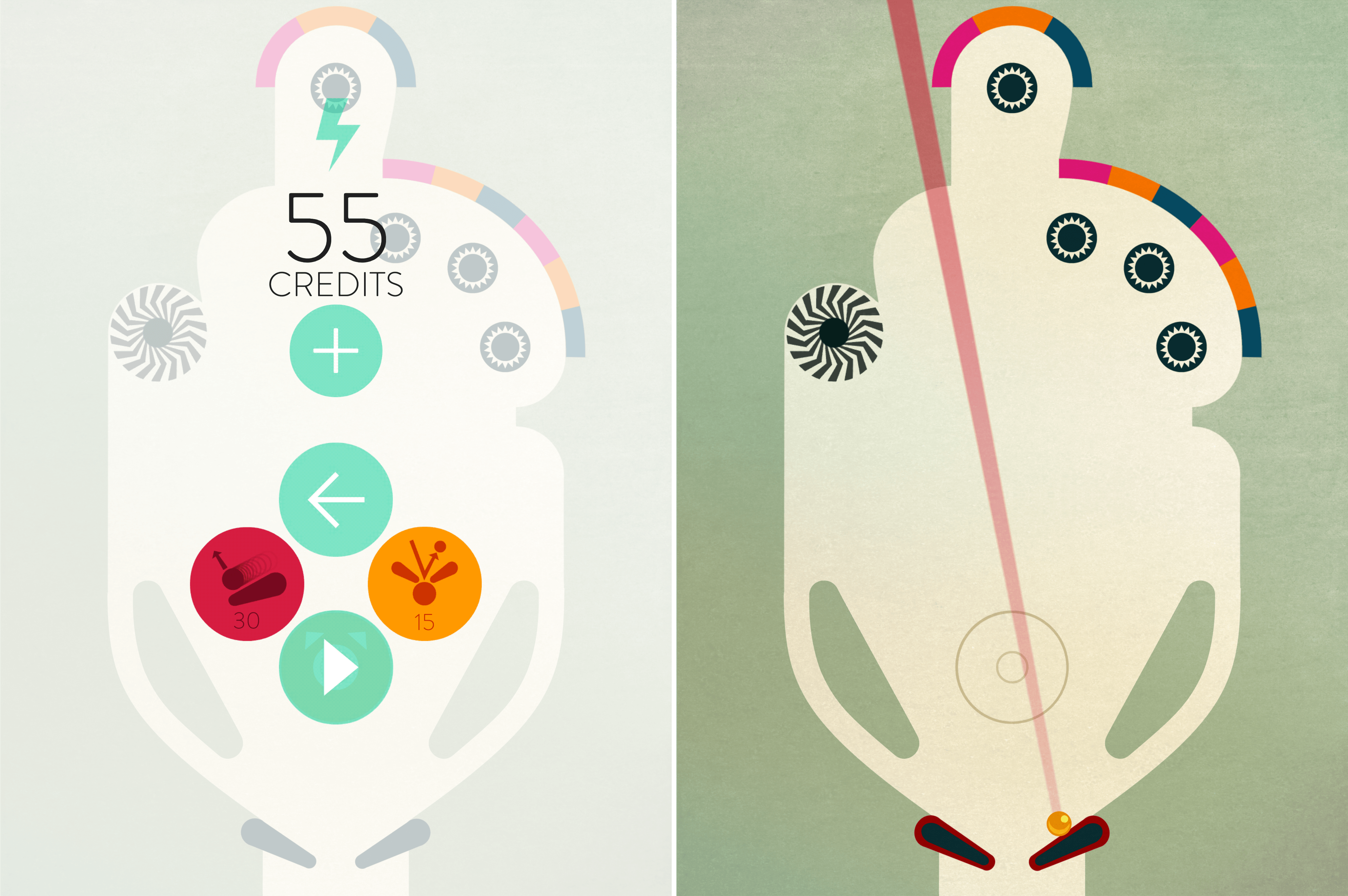 To make the task at hand easier, INKS offers two power-ups for purchase using in-game currency. For 30 credits, the ball will slow down as it gets close to the edge of the paddle and display the path it will take once hit. Additionally, 15 credits will place a semicircle between the paddles to make it much more difficult to lose a ball. You’ll start the game with 100 credits, but more can be purchased with real money. Frankly, this seems redundant given the game’s $1.99 price. In future versions, I’d like to see a way to earn these credits in a more obvious gameplay-centered way.

Mixing things up are varying level designs and obstacles like bumpers and holes. Through the placement of items, the levels will force you to time your shots perfectly and take several attempts.

INKS is one of the most abnormal ways to create art on an iOS device. By flipping the ball into the colors presented, the lines of paint the balls leave will produce a one-of-a-kind image. The boards, while designed beforehand, are your canvas and the paddles are your paintbrush. 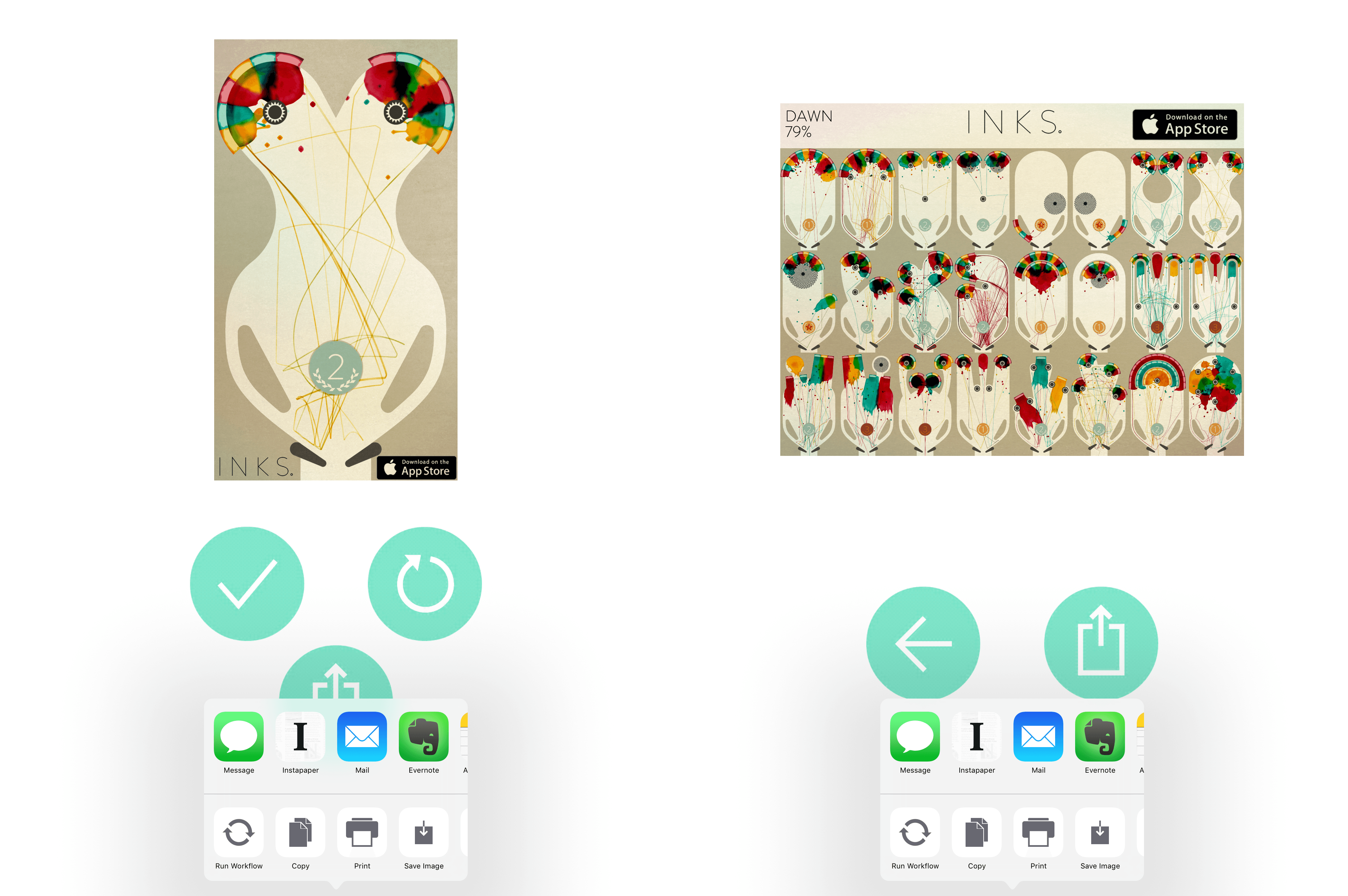 The general unpredictability of pinball encourages players to create designs that are unique – a form of digital fingerprint in INKS. If you’re satisfied with how the board looks after a round, tapping the camera icon will “screenshot” the design and bring up the share sheet.

The game’s menus and level selection screens are minimalistic, encouraging players to jump into a level as quickly as possible. Below each board is the medal received (if any), so keep that in mind if you’d like to go back and improve yourself.

Each board, with its included elements and paint placement, differentiates itself from the pack. Some levels are easier than others, but all are different in some way, creating an experience that remains fresh even after thirty boards. With over 100 courses to play, there’s plenty of content to explore and many boards to color.

As mentioned above regarding the purchase of credits, the app includes microtransactions – a frustrating business decision considering INKS is already a paid app. The last two collections of boards, Vespa and Plush, are both in-app purchases of $0.99, significantly lowering the amount of levels that can be played at the base price of $1.99.

Finally, the iPad version of INKS is locked to portrait mode. While the thought process behind this makes sense (a board is, of course, long), there are just some times I’d like to sit at my iPad and play the game in landscape. By placing the board in the middle of the screen and including pause and power-up options on the side, the app could utilize the full width of the iPad.

INKS is a refreshing, sit-back-and-relax game that won’t rush you into completion. With its simple game mechanics and controls, INKS will delight players of any age group. Although competitive gamers may not get the thrill of achieving a high score, the desire to complete and master INKS will surely cater to those wanting a challenge.

Give INKS a try by purchasing it in the App Store for $1.99 as a Universal app.