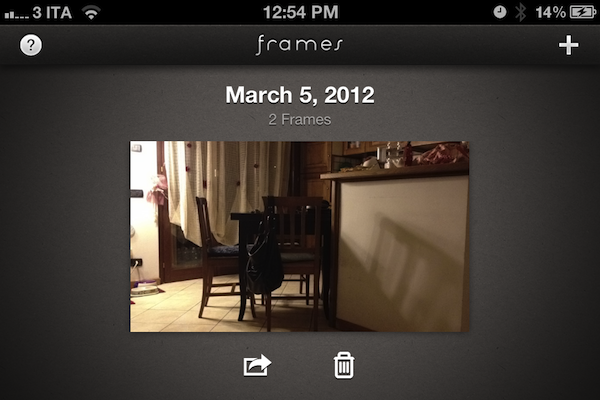 When Thomas Gerhardt and Dan Provost set out to reinvent the market for tripod mounts and stands for iPhone in 2010 with The Glif, little did they know their idea would spur a new generation of creators and designers that seek out resources and funds for innovative iPhone-related projects through crowd-sourcing funding platform Kickstarter. Back when Kickstarter was still relatively “small” – the quotes are necessary here, as the site was already well known among creatives, but clearly not as popular as the service that’s now backing projects exceeding $2 million in funding – Studio Neat became an example in the tech and Apple communities of a great idea (tripod mounts for iPhone) combined with a fantastic everyday product (the iPhone’s camera) for a successful funding campaign. And Studio Neat, unlike others, even gave the whole fund-through-Kickstarter thing a second shot, coming back with an equally popular campaign – this time for an iPad stylus, The Cosmonaut. Both The Glif and The Cosmonaut turned from ideas and funding campaigns into commercially available products and feasible businesses, allowing Tom and Dan of Studio Neat to revamp their website and offer their iOS accessories directly to customers, tweaking The Glif’s package along the way with a Plus version that builds on the original vision, adding more iPhone camera-related goodness to the mix. Today, Studio Neat decides to try something new – not another Kickstarter campaign for a new iOS accessory, but a brand new iOS app available on the App Store called Frames.

Clearly meant to work best in conjunction with The Glif, Frames is an iPhone app to create stop motion and time-lapse movies with an intuitive interface. With a beautiful icon and an elegant dark design with thumbnail-based navigation, Frames makes it extremely easy to capture various “frames” – a sequence of still images – to play them back at a certain speed to achieve the effect seen in stop motion movies.

The app itself is fairly simple, and anyone will be able to pick it up immediately without necessarily being an expert in stop motion animations and editing. A main Projects view lets you create new videos and export them to the Camera Roll at 720p in a native format that can later be recognized by apps like iMovie (something you might want to consider as Frames can’t add music or text to your videos). Once in a project, you can scroll through frames at the bottom, and adjust the number of frames per second with a slider – you can go from 1 FPS up to 120 FPS. A Play button lets you roll the video so you can get an instant preview of what you’ve accomplished, whilst tapping on a + button opens the camera interface to add new stills to a project, choosing between stop motion mode (manual shutter) and time-lapse (automatic shutter: you set a time to lapse between stills, and the camera takes care of the rest). 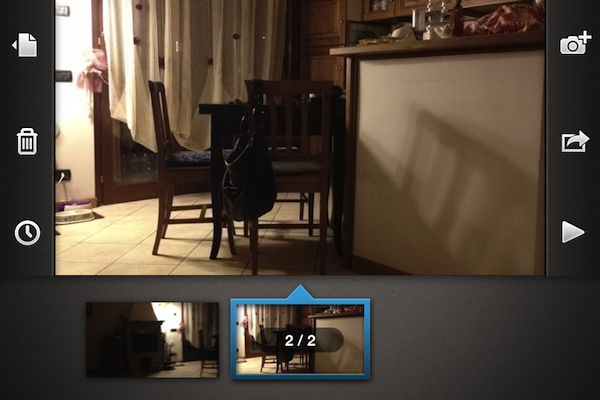 The camera of Frames comes with a grid view, onion skinning, possibility of switching between rear and front-facing camera, AE/AF lock, and overall clear design that explains how many frames you’ve taken in a given amount of time very well.

I’ve been using Frames on my iPhone 4S, and I’m thoroughly impressed by how Studio Neat managed to turn stop motion into a streamlined process that takes advantage of the iPhone’s hardware to produce great results. Whilst you’d be able to achieve similar results with a video editing application if you know where to look and what to tweak, the focused approach of Frames (something that apps generally share) and its $2.99 price tag more than justify the purchase – personally, I can say I’ve been having fun making time lapse movies using Frames’ easy-to-understand menus and options, whereas a full-featured video editing app or manual process would have probably turned me away in frustration.

Frames is a “neat” utility to create stop motion movies without the complexity of regular video editing. You can get the app at $2.99 on the App Store.