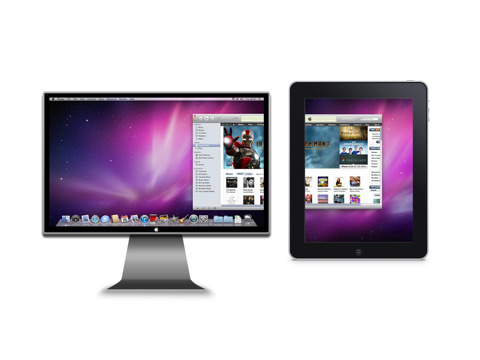 As a compliment to your MacBook, your iPad often becomes the getaway for reading, playing games, and couch surfing the Internet. Though we readily find uses for the iPad such as turning it into a giant trackpad for controlling a Mac Mini underneath your TV or for remotely controlling Dropbox shares, one use we occasionally struggle with is utilizing our iPad as a second monitor when the extra screen real-estate is necessary for getting work done. DisplayPad by Clean Cut Code is one of many apps that turns your iPad into a remote monitor, perfect for extending your desktop like we do when covering Apple events.

DisplayPad isn’t without its own set of hurdles before you can actually use the app. The convenient utility that sits in your menubar requires sleep-only’d Mac users to finally restart their machines so that DisplayPad can integrate with your machine. While slightly annoying, the benefits to be had are quite decent. DisplayPad shows off its careful (and infinitely simple setup) by instructing you simply click on the menubar icon and select your iPad: the exact image of the menu is shown on DisplayPad’s interface. Not only is that terribly sexy, but there’s absolutely no confusion when it comes to altering a setting in your system preference or entering some benign IP address. 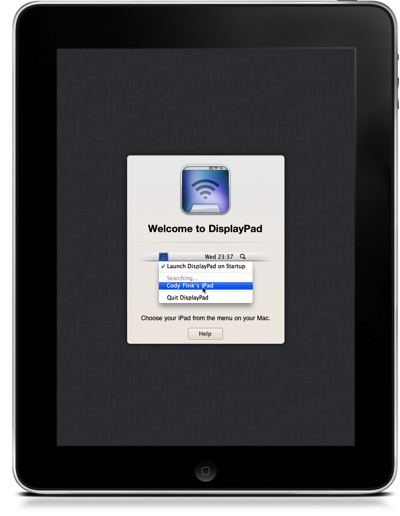 Performance wise, DisplayPad is mostly solid if your network isn’t congested with torrent traffic or any other gook you may have corroding the airwaves. I’ve had great success with using an Airport Extreme, though Federico has had nothing but trouble on his third-party Sitecom (personally I think this speaks to the fact that Apple iOS devices themselves don’t play nice with non-Apple routers). DisplayPad is interesting in that the resolution or quality of the image presented is substantially less when objects are moving on screen (such as dragging a window or playing a game). When an object is at rest, the iPad will gladly reveal itself at full, 1024 x 768 resolution.

Inherently when crashes happen, though rare, DisplayPad throws an error (and often the app itself will shut down). All of your windows are returned to your Mac desktop thankfully, without any loss of work asides from a quick blackout as your Mac readjusts to a single display.

DisplayPad has a trick up it’s sleeve though because it’s touch friendly. Press your finger on the screen and you can manipulate objects familiar in action to your Mac’s trackpad. Personally I think it’s great that I can reach over and simply tap the play button on iTunes, especially since my monitor is often at my side and not parallel with the main display. Swiping is a tad funky, but you quickly adjust. 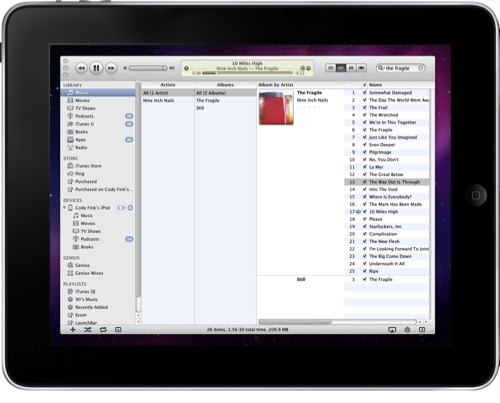 Personally I think if you’re in need of such a solution, DisplayPad is the most friendly solution available at the moment. The icon is beautiful, and there was certainly a fair amount of attention to detail when it comes to establishing the initial connection. As a note, your Mac may move your object dock and menubar to the iPad as it adjusts to the extended or mirrored desktop. You can visit your display settings and drag the menubar (and the monitor) to adjust orientation.

Currently on sale (as featured in our daily deals), DisplayPad might be a utility you could find yourself using extensively this holiday season as you travel: no need to sacrifice leaving your dual-monitor set-up at home when your iPad can double your Mac’s screen estate. For $.99, we think it’s a must try - though remember, your performance may vary.