As soon as your business grows, so does the need of backing up everything. You can’t be serious about your business if you don’t backup and save important stuff just in case something goes wrong. As soon as MacStories started growing some months ago, I began to look out for good solutions to daily back up my files and various databases, and I was looking for a cloud solution. Sure, there’s Dropbox for that. Really guys? Would you suggest Dropbox for people who need to save files with incremental backups everyday? You know that it costs a lot and that, in the best case, you have to manually drag & drop every folder inside it? (unless you create your folders in /Dropbox from the start). No, that doesn’t work for me. I need something cheap, that runs in the background as soon as I make some changes, it has to be reliable, fast and secure. The unicorn of backups, basically.

Most like every new app I’ve recently discovered, everything happened on Twitter: I don’t remember quite well, but it was some night ago when someone tweeted “this new beta of Arq rocks!”

Today I’m going to talk about Arq from Haystack Software, an application that has already become a fundamental part of my workflow. 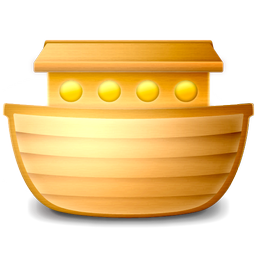 In the quest for finding the perfect online backup service, the answer was pretty obvious: Amazon S3. The “Simple storage service” that Amazon provides starting from $0.15 per GB is indeed very famous among bloggers who daily upload their posts’ pictures to S3 in order to achieve faster delivery times to their audience. When combined to CloudFront, S3 is a damn good CDN, with a damn good price. But we ain’t talking about CDN and delivery times here, I want to focus on backing up stuff. As I mentioned above, I was looking for this backup service then I discovered this new application: Arq uses Amazon S3 to contionuously backup the files / folders on your Mac. Everything goes straight into S3’s bucket, on your account, safe and encrypted. Let’s see how it works, anyway.

First, you need to create an AWS (Amazon Web Service) account and sign up to S3. You can review the prices here, but they’re really good overall. Once you’ve signed up to S3, go download Arq here. Fire it up and enter your S3’s access ID and secret access key, which your can retrieve in the Security tab of your AWS account. Here comes one of the coolest things about Arq: you can manually set up how much money you’d like to spend every month on Amazon by either editing the $ field or choosing a different amount of GBs. By default, Arq tells you that you’ll pay $4.95 per month every 33GBs. Sounds great, huh? 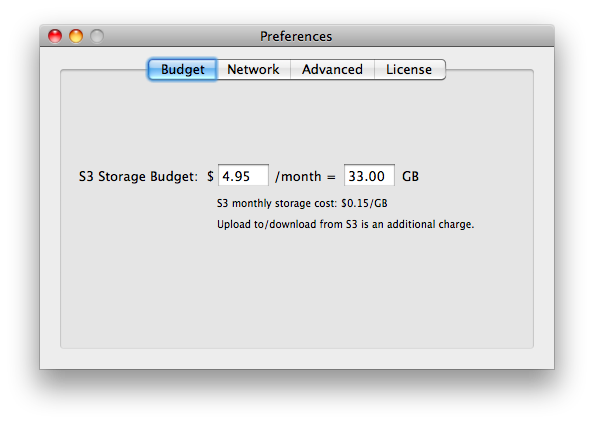 If you already use S3 or you’ve used it before, you probably know that it works with “buckets” or - put simply - “folders” that contain files. Well, Arq is based on this same assumption, but with some technical differences. On the surface, you just have to choose which folders to backup (even your entire home folder if you want) and they go listed in the sidebar, backed up at regular intervals. On the technical side things are a little bit more complex, but you should know them anyway - it’s your stuff after all.

From the documentation: (full page here)

“Arq stores backup data in S3 in a format similar to that of the open-source version control system ‘git’.

When you first run Arq and give it your public and private S3 keys, it create an S3 “bucket” with the name “<yourpublickey>.com.haystacksoftware.arq”. It also creates a “universally unique identifier” (UUID) for your computer.”

Put (again) simply, if you add - say - 5 folders in Arq and you try to browse your S3 account with another app like S3 Hub, you’ll only see one folder. But don’t worry: everything is inside it, in an encrypted format that only Arq recognizes.

So, Arq can perform incremental backups of everything on your Mac and even restore it. Don’t worry for the technical aspects, unless you really want to know the details of what’s going on behind the curtains.

Using Arq is really simple: you can choose folders to backup from the + button in the sidebar. Once you’ve selected a folder Arq will start encrypting and uploading it to Amazon. Arq encrypts files before they leave the computer, it uses a password that you only know and provides security through AES-256 encryption. The password is never sent to Amazon or whatever,so don’t fear anything. The best feature of Arq’s backups is that the application uses a technology similar to Apple’s Time Machine: backups are de-duplicated, thinned and checked at a regular schedule. Basically, it weeds out older backups, keeps hourly backups for the past 24 hours, daily backups for the past month and keeps weekly backups until your SE storage “budget” is reached. 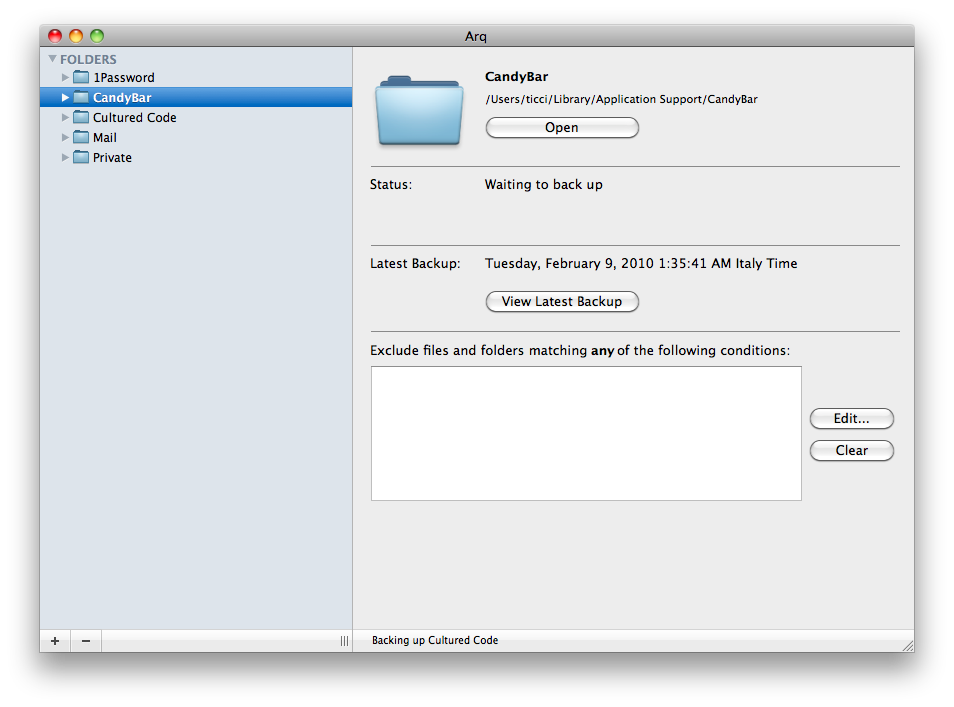 What about the restore system? Simple as this: drag & drop, or hit a button. Just enter a folder (like the Candybar library, for example) select the files you want to restore (the icons database) and either drag them in the Finder or press Restore. Mac-specific metadata will be correctly restored and you’ll be happy as it’s Christmas morning.

Last, Arq performs everything in the background. You can quit the app from the dock, but an “agent” will keep running in the menubar, constantly monitoring for changes with very small memory footprint.

There’s no doubt Arq has changed my workflow. I don’t need to care about losing my data anymore, as everything just happens in the background without getting in my way and $4.95 every 33GB per month sounds like a totally reasonable price to me.

If you’re serious about backups and like the idea (I do) of having your stuff on Amazon S3, go download Arq. It’s just great.

The Haystack guys gave us 10 Arq licenses to give away to MacStories readers.

I’ll pick up the winners on Friday, February 12th.