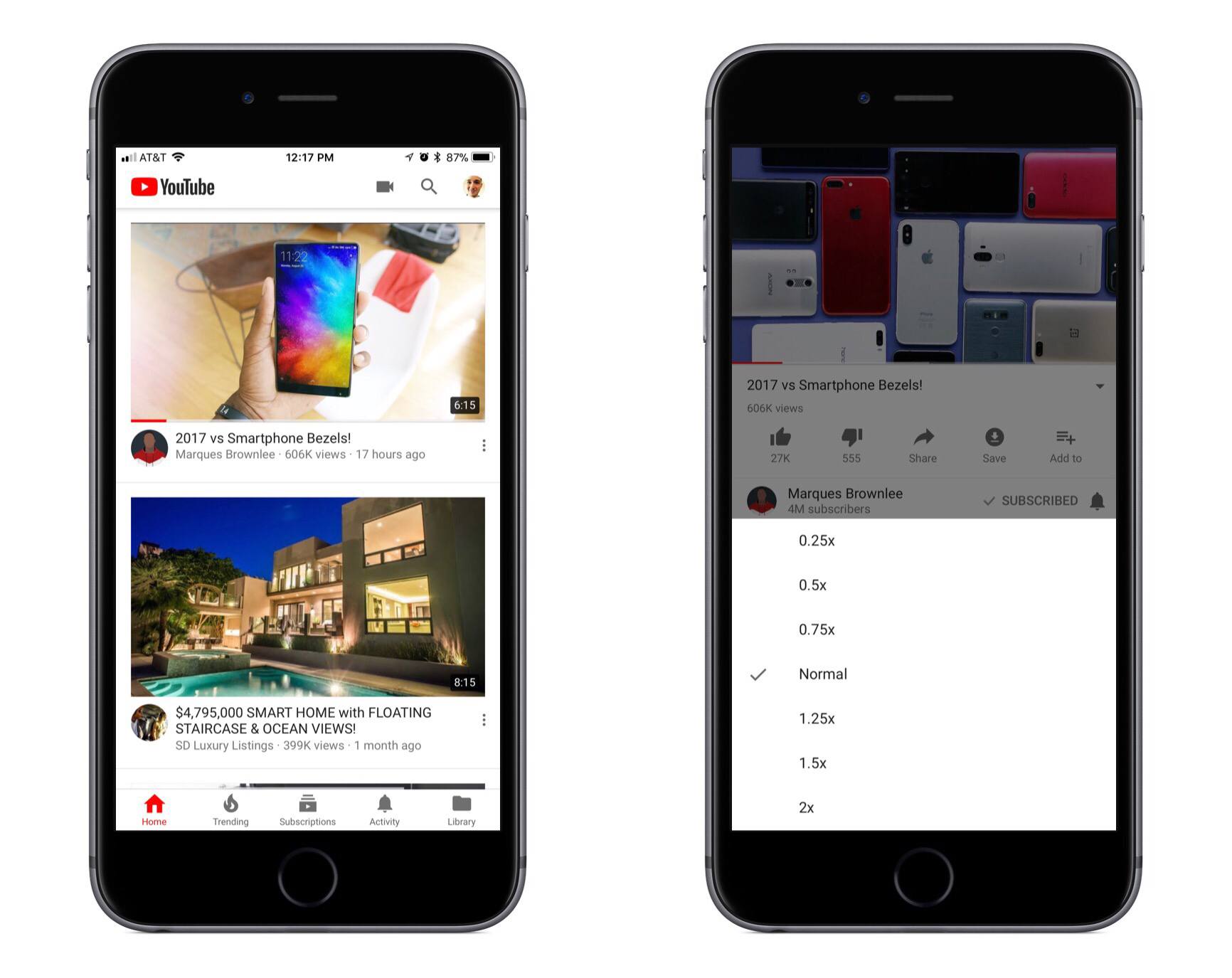 YouTube today introduced a new logo and announced a host of improvements to its service across mobile and web platforms – some of which launch today, while others are coming soon.

After testing with limited groups for a time, YouTube’s Material Design web update is now being rolled out to all users. With it comes the exciting addition of a Dark Theme – a feature I hope makes its way to the service’s mobile apps soon.

YouTube’s iOS app received a minor update today that brought two primary changes: a redesigned header dominated by white space and the new logo, and new playback speed controls. Playback speed can be set as slow as 0.25x or as fast as 2x, with several options in-between. You’ll find the controls in a video’s settings menu, which can be accessed from the top-right corner of the screen.

Perhaps more exciting than the new features launching today are those coming in the near future, such as adaptive video:

Soon, the YouTube player will seamlessly change shape to match the video format you’re watching, such as vertical, square or horizontal. That means you’ll always get the best viewing experience automatically – including vertical videos with no black bars on the sides!

A new gesture to switch videos with a single swipe is also coming soon, and lastly a revamped area below the video player for improved browsing.