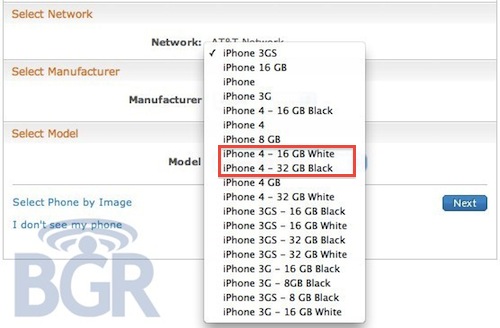 Here we go again. After a brief appearance on Verizon’s website right after the official announcement of the new CDMA iPhone 4, the mythical white iPhone 4 has been spotted on AT&T’s online management system, BGR reports.

It looks like Best Buy isn’t the only retailer with white iPhones popping up in its system. AT&T is now showing two versions of Apple’s unicorn-colored iPhone. The entries appear in AT&T’s Online Account Management system (OLAM), and read as “iPhone 4 – 16GB White” and “iPhone 4 – 32GB White.

Of course, this may just be a mistake or a prank from an AT&T employee – we don’t know what to think about the white iPhone at this point. Still, it keeps showing up.Update: as noted by TiPB, the white iPhone 4 has appeared also on Three and Orange UK websites: 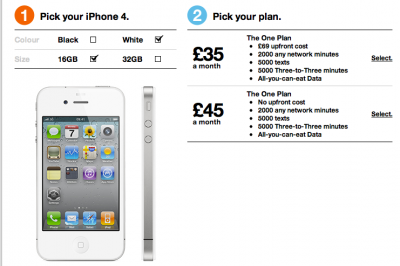 Update #2: White iPhone 4 also spotted by iSpazio on Italian’s TIM website. It says “in arrivo”, which is an even shorter notice than the usual “coming soon”. Hmm. 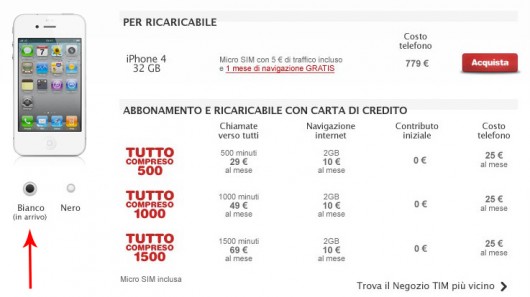