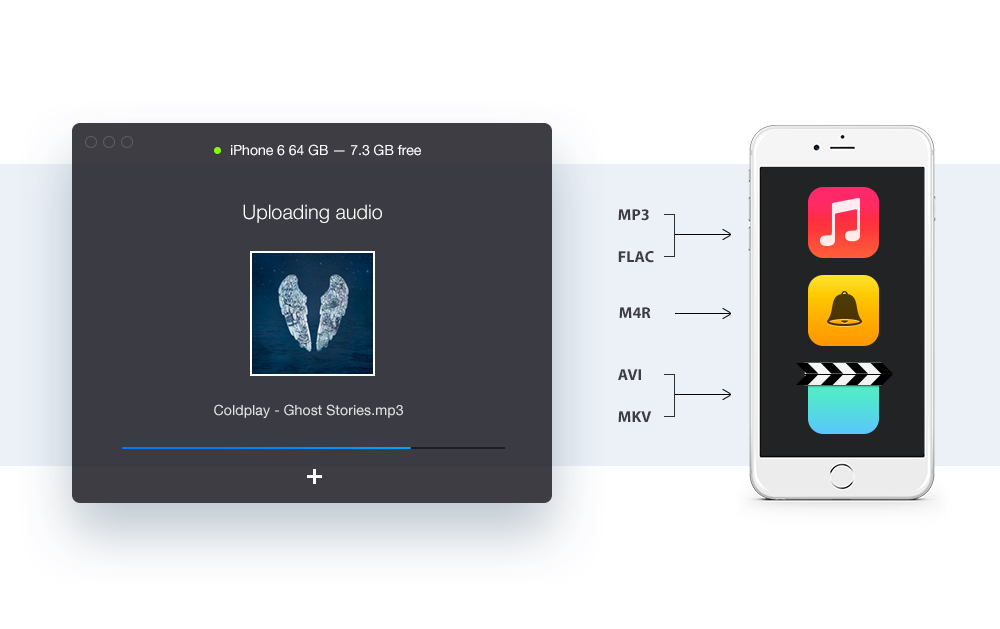 WALTR is a revolutionary OS X app that lets users upload and play unsupported formats such as MKV, AVI, FLAC & more – directly from the native Videos/Music app on iOS.

An incredible amount of innovation went into WALTR. Instead of uploading the limited file formats that iPad/iPhone & iTunes are compatible with, Softorino engineered a technology that allows users to upload and watch MKV, AVI, MP4 videos on their iPhone or iPad without having to convert the files before-hand. WALTR is the first Mac app that enables this – and it’s also the same app that discovered 4K video playback on iPhone 6.

With a name inspired by Walter White of Breaking Bad, WALTR has a simple UI based on drag & drop that doesn’t make you go through any extra steps, such as converting files beforehand or installing third-party iOS apps. You just launch the app, connect your device, drag a movie or audio file onto it and it automatically starts uploading to your iPad or iPhone. And that’s it. The developers have even made a super-quick but amusing demo video to show WALTR in action.

Users can download WALTR for free with unlimited trial for 14-days. A special discount is available just for MacStories readers: enter coupon code ‘SUPERSPECIALANDLONGCOUPONJUSTFORMACSTORIES’ at checkout, and you’ll get 33% off. A direct purchase link available here.

Our thanks to WALTR for sponsoring MacStories this week.