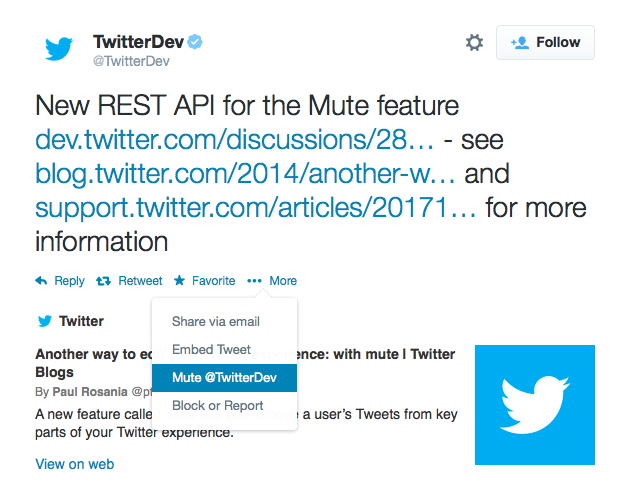 Following screenshots first surfaced two weeks ago, Twitter officially started rolling out a mute feature today that will allow users to stop seeing tweets and retweets from other users in their timelines without unfollowing them. The feature, rolling out to Twitter for iPhone, Android, and web, will also be available to third-party Twitter developers through the service’s API.

In the same way you can turn on device notifications so you never miss a Tweet from your favorite users, you can now mute users you’d like to hear from less. Muting a user on Twitter means their Tweets and Retweets will no longer be visible in your home timeline, and you will no longer receive push or SMS notifications from that user. The muted user will still be able to fave, reply to, and retweet your Tweets; you just won’t see any of that activity in your timeline. The muted user will not know that you’ve muted them, and of course you can unmute at any time.

The mute feature can be accessed through a contextual menu available both on the web and iOS; muted users will be indicated by a red mute icon on their profile page, and they can be “unmuted” at any time.

Made popular by third-party clients such as Tweetbot and Twitterrific, muting has long been requested by users who wished to keep following somebody without necessarily seeing all their tweets in the timeline on a daily basis. Twitter’s implementation, however, doesn’t include the more advanced features found in Tapbots’ client for iPhone and iPad: in Twitter, muting is limited to users, while Tweetbot includes muting filters for hashtags and specific keywords. It’s unclear at this point whether third-party apps will switch to Twitter’s official mute feature soon, but it’s likely that developers will choose to keep their own custom solutions as options for advanced mute filters. 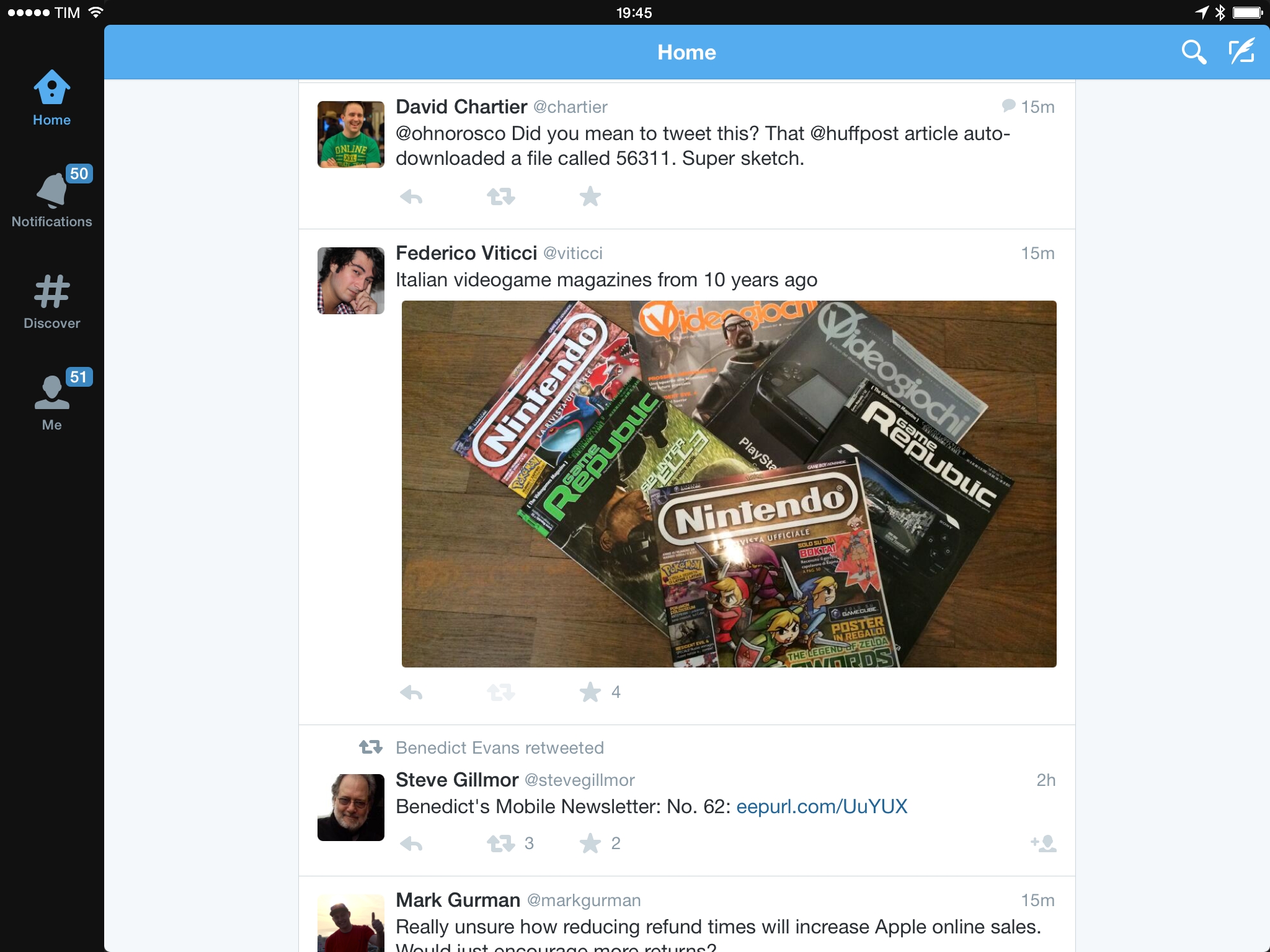 In today’s rollout, Twitter also updated their iOS app to version 6.5 to include changes to the iPad interface that mirror what the company brought to the iPhone months ago. Media from Vine as well as Twitter Photos are displayed in the timeline with inline previews, alongside buttons to quickly retweet, reply, mark as favorite, or follow other users. Navigation has been refreshed, search comes with tabs for Top and All tweets, and it’s now possible to apply filters to photos directly on the iPad.