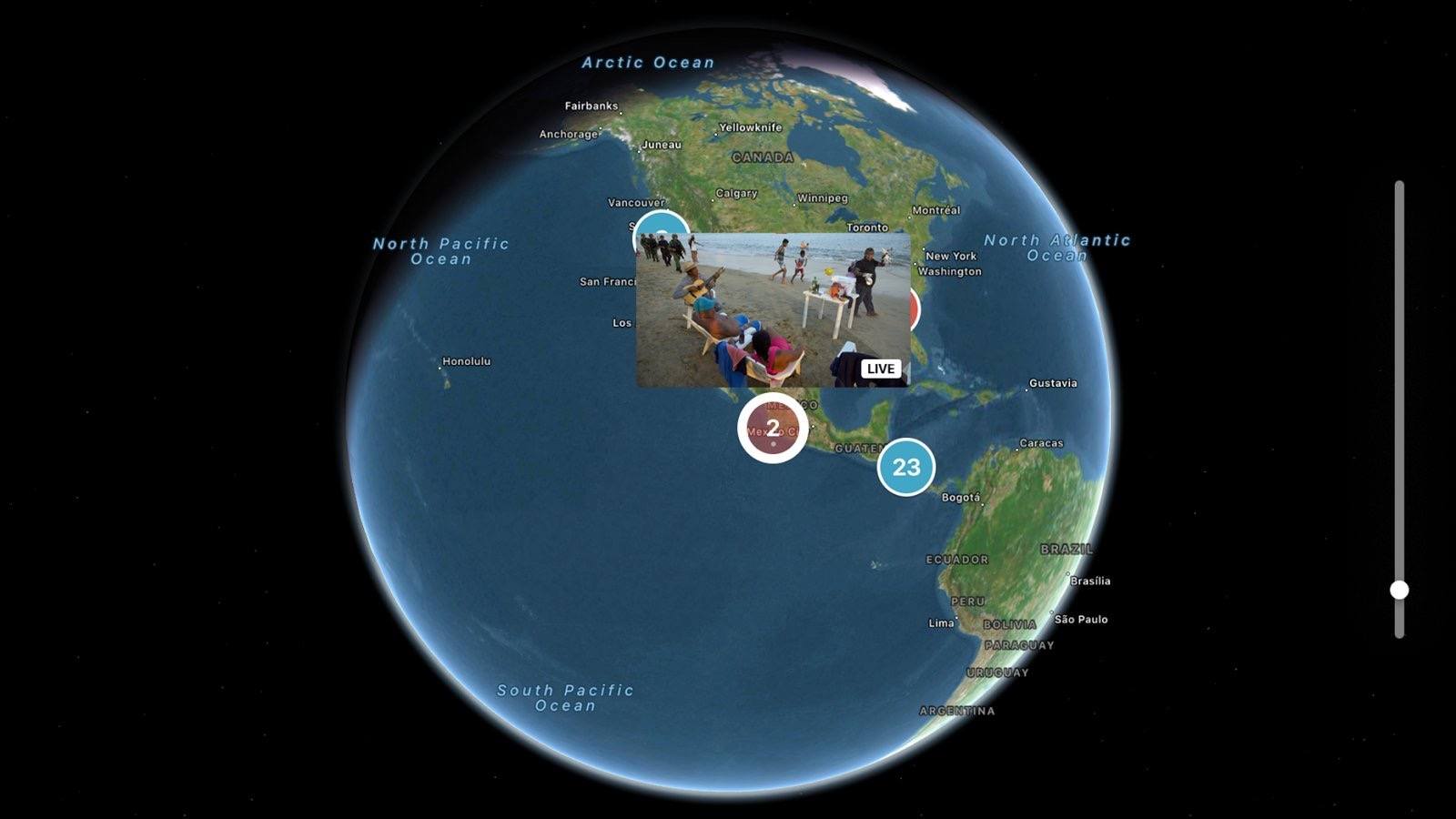 Twitter has updated its Apple TV app with an interesting new way to view Periscope videos from around the world. The feature is called Global Discovery, and it was announced in a tweet earlier today.

Once you open Global Discovery in the Twitter app, you’ll be presented with a zoomed out view of Earth. The face of the planet is scattered with various pins representing different Periscope streams that are currently live. It’s a clever way to discover live videos from radically distant parts of the world. I enjoyed being able to easily hop between Periscopes from areas in the U.S. and others in Asia, on the other side of the world.

Navigation in Global Discovery is limited to four options: you can scroll around the face of the globe, move from pin to pin (and thus video to video) on the planet’s surface, and zoom in or zoom out. Switching between these options can be done at any time using the Siri Remote’s Play/Pause button.

Global Discovery is a nice evolution of the Map view found in Periscope’s iOS app, and one that takes advantage of the big screen to great effect.