TestFlight Desktop is live for everyone now. Been working on this for the last couple of months. testflightapp.com/desktop/

We’re really excited to share an early version of TestFlight’s Desktop App. We think this will be a significant and much needed change in developers’ beta release workflow. Since we’re still in beta, we’d really appreciate you testing the app and providing feedback. 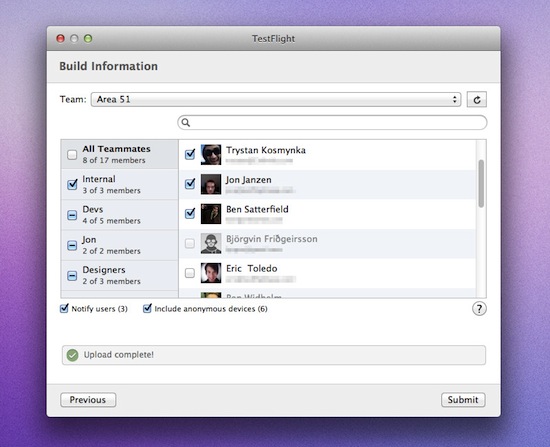