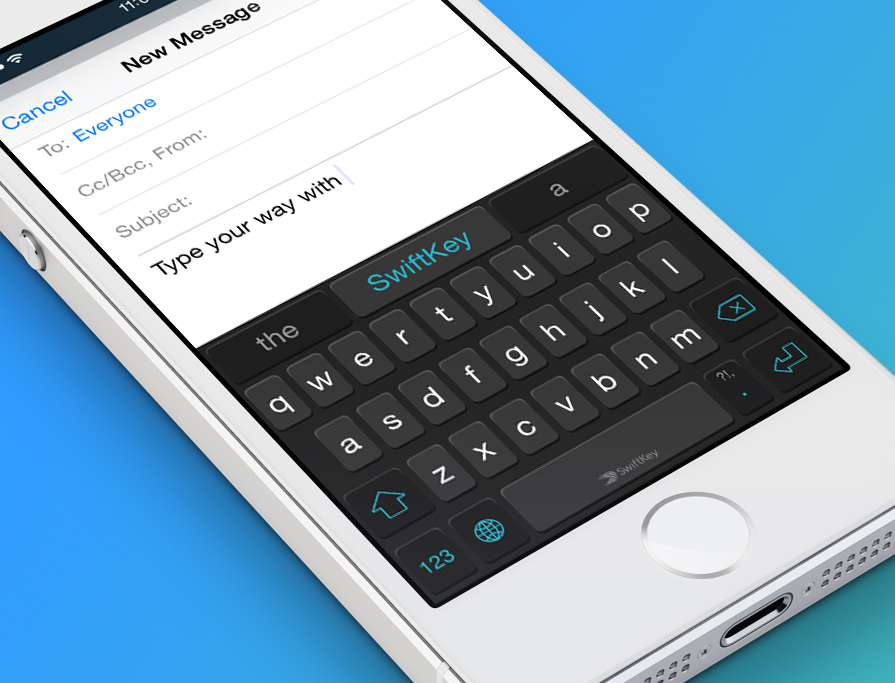 SwiftKey, makers of a popular keyboard for Android devices and third-party app for iPhone and iPad, have today confirmed that their custom keyboard for iOS 8 will launch alongside Apple’s major OS update next week, on September 17th.

Previously announced after WWDC in June, SwiftKey for iOS 8 has been built on top of new technologies offered by Apple to third-party developers: thanks to support for custom keyboards in iOS 8, users will be able to switch from the system keyboard to a third-party replacement at any time from the same interface that’s already used to switch between international keyboards in iOS 7.

SwiftKey’s iOS 8 keyboard will come with gesture typing, the ability to type in two languages simultaneously, and personalized suggestions for words and phrases. By integrating with services such as Twitter and Evernote, SwiftKey’s keyboard will be capable of looking into users’ archives (for tweets, notes, and more) to fine-tune recommendations and learn from a user’s writing habits over time. 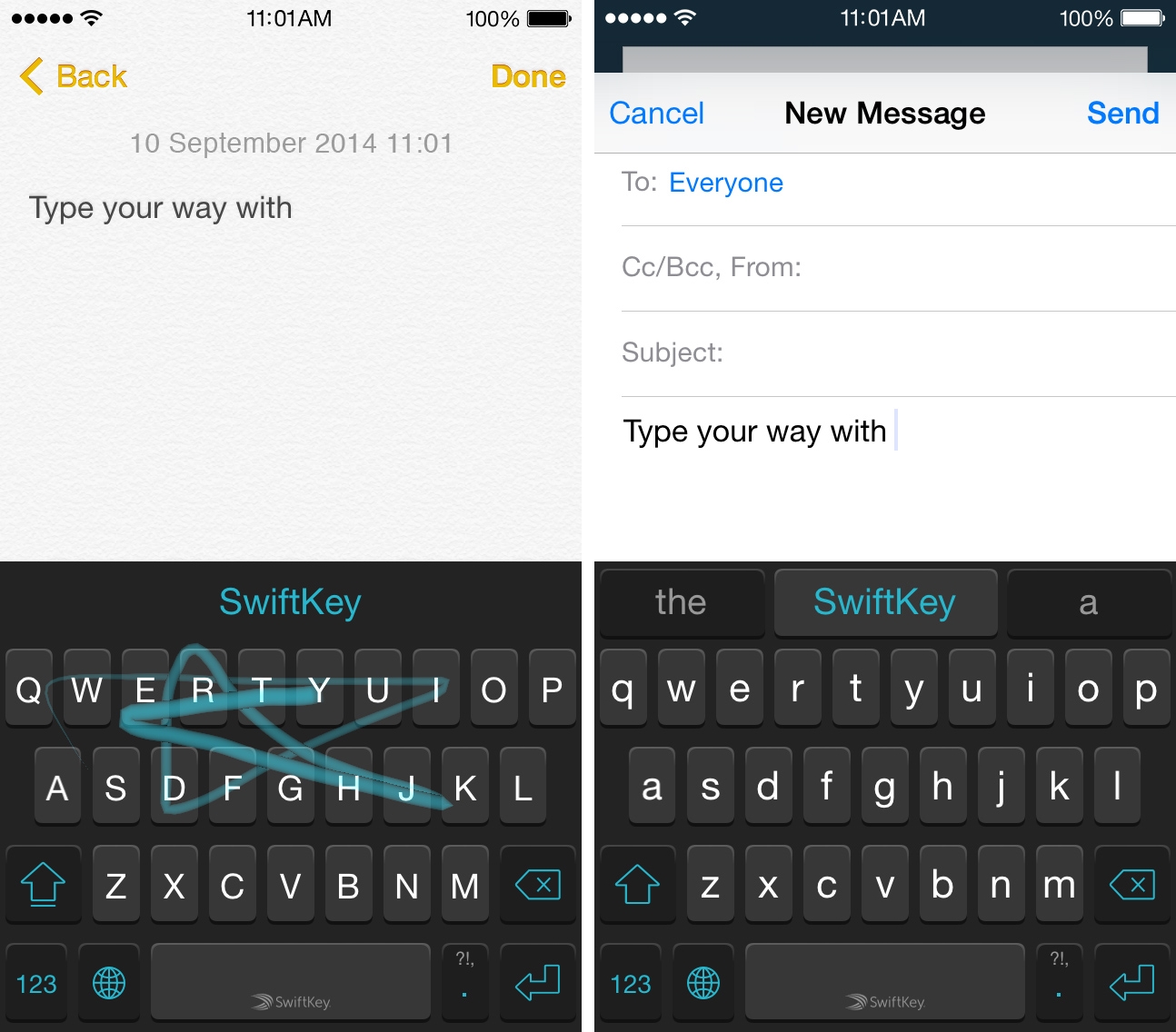 SwiftKey Flow – the official name of the keyboard’s gesture-based input method – will work with the same prediction and suggestion engine used in the regular typing experience, but it’ll be limited to the iPhone and iPad.

At launch, SwiftKey will support the following languages:

SwiftKey’s iOS 8 keyboard will be available next week on the App Store. You can watch a promo video narrated by actor Stephen Fry below.