We heard a rumor last week about Apple making some big changes to the Mac OS X platform, let’s say to 10.7, in order to make it similar to iPhone OS and introduce an App Store for Mac applications that should be approved by Apple first. People started complaining about it, and I guess this would be the worst thing that could happen to a Mac developer, indeed. There are entire business built on top of the open nature of Mac OS X, and Apple just can’t change it anymore.

Fortunately, Steve handled the situation himself and finally ended those rumors.

MacStories reader and Mac developer Fernando Valente sent an email to Steve asking about the rumors of a “Mac App Store” and apps that would require authorization from Apple - like the iPhone and iPad. He didn’t think Steve would ever reply to an email like that, but it was worth trying. He got a response instead - a Steve Jobs response™ - and kindly sent the email to us.

He simply replied “Nope”. So, it seems like there won’t be a Mac App Store, and Apple won’t change anything about the nature of Mac OS X. Or maybe did Steve want to say that a “Mac App Store” won’t be the only way to install applications? Clearly Fernando asked two questions, and Steve replied with a single no. If he wanted to be more specific, he would have written something else to answer both the questions.

Check out the screenshot of the email below, and be sure that you can keep working on your Mac apps. Nothing will ever change about that. 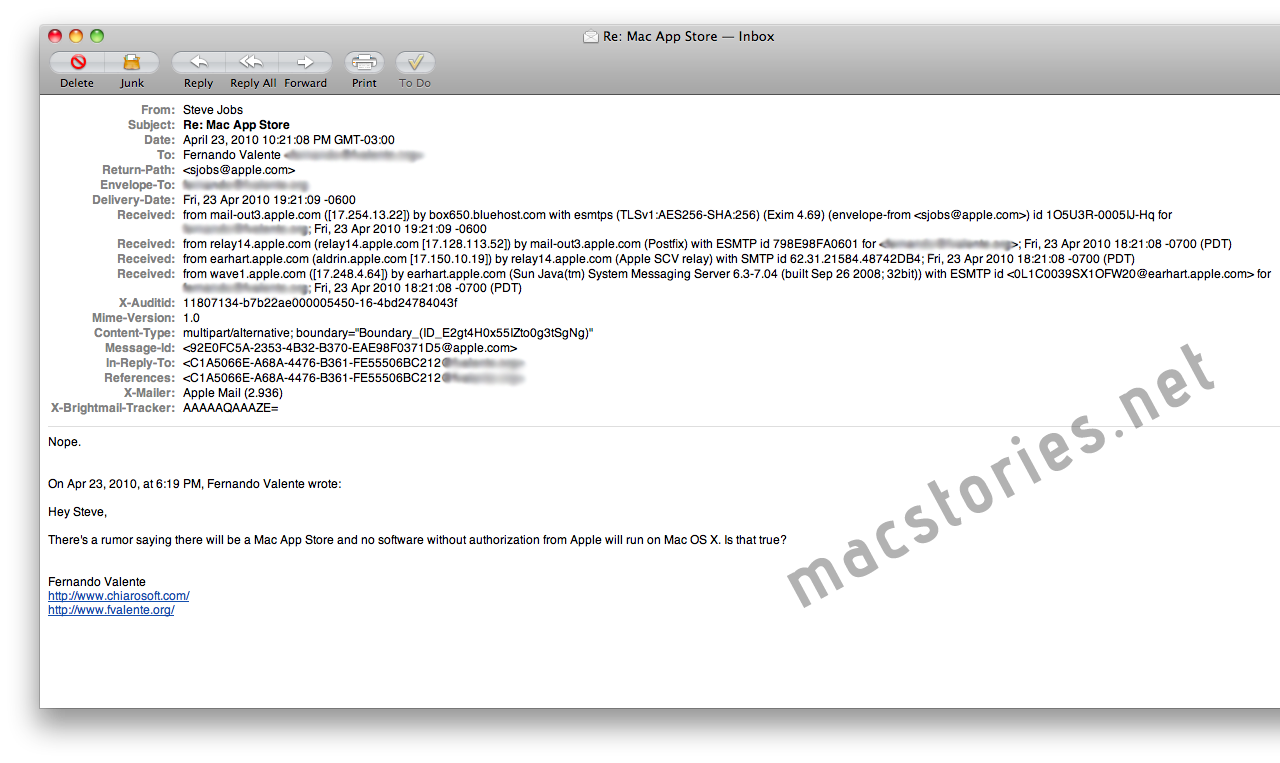