Steam is finally out of beta and officially available for Mac users. To download Steam for Mac, you just have to go here, open the app and login with your account to start buying games to play on your Mac or PC. It doesn’t require any workaround to work, as the app has just been updated and the service is active for everyone.

UPDATE: Steam for Mac is finally live and Mac games are available in the desktop client. 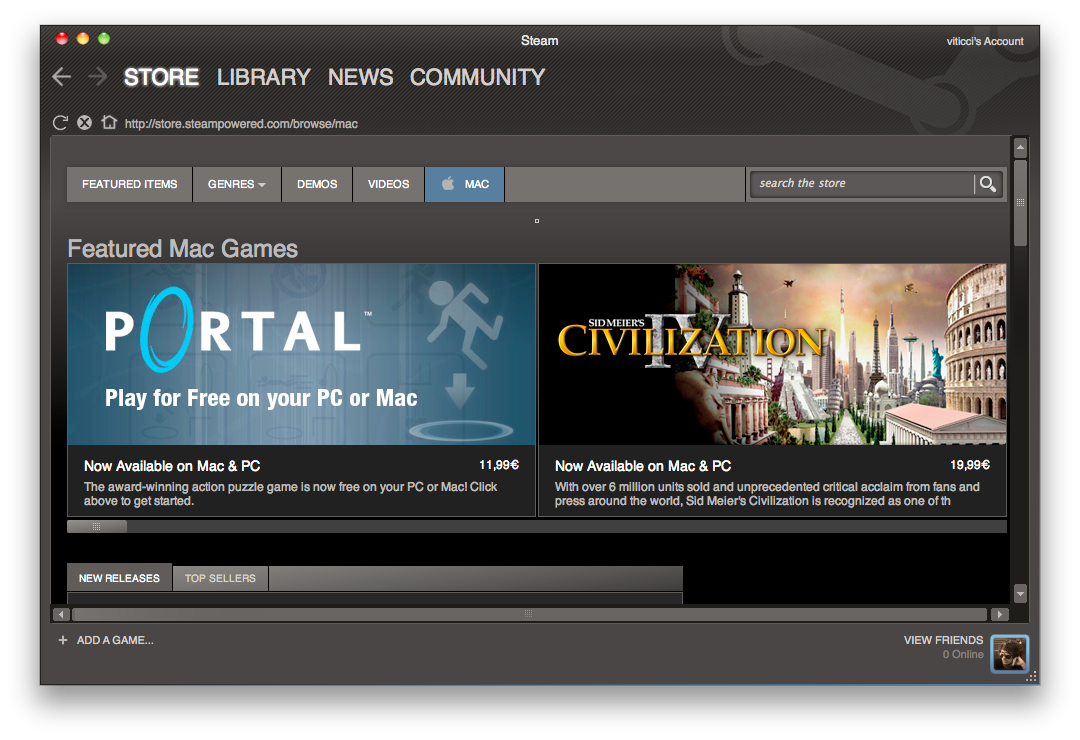 And Yet it Moves

Indiana Jones and the Fate of Atlantis

Indiana Jones and the Last Crusade

Tales of Monkey Island: Chapter 1 – Launch of the Screaming Narwhal

Tales of Monkey Island: Chapter 2 – The Siege of Spinner Cay

Tales of Monkey Island: Chapter 3 – Lair of the Leviathan

Tales of Monkey Island: Chapter 4 – The Trial and Execution of Guybrush Threepwood

Tales of Monkey Island: Chapter 5 – Rise of the Pirate God

Wedding Dash 2: Rings Around the World

As we saw in the beta some weeks ago and in some recent videos, Steam for Mac doesn’t come with an actual “native” interface on Mac OS X, as Valve clearly preferred to keep the look of its platform unified across all the operating systems it’s available. So if you were hoping for a complete graphic refresh, I’m sorry but Valve didn’t do anything about it.