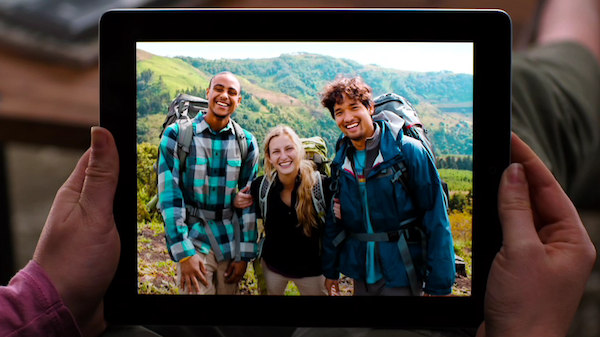 Whilst many have complained of the lack of resolution increase from the original iPad to the iPad 2, a report by Dr. Raymond Soneira of DisplayMate Technologies claims that, excluding pixel density, the iPad 2’s display delivers “almost identical performance to the impressive iPhone 4 Retina Display.”

In quite an in-depth and thorough examination of the iPhone 3GS, iPhone 4 and iPad 2 displays, it was revealed that for most specifications from hardware color depth to black levels to contrast ratio, the iPad 2’s display matched or was close to the iPhone 4’s specifications and both were classified as ‘Excellent’ by the report. There were, however, two issues with the iPad 2’s display that Dr. Soneira believed could be improved by Apple through a software update.

The first was that the anti-aliasing was “far from state-of-the-art” in that the text and graphics displayed were degraded by the lack of perceived sharpness. Dr. Soneira said in the report Apple could remedy this by adding ‘sub-pixel anti-aliasing’, particularly given the speed enhancements of the iPad 2 which would easily handle this technology. He notes, “It will make a big visual improvement and take some of the unwarranted pressure off the iPad’s current PPI.”

Secondly is the issue of the display’s auto-brightness controls which Dr. Soneira believes is poorly implemented on “all mobile devices including the iPhone 4 and iPad 2.” He highlights the issue that the auto-brightness controls have a bug on all iOS devices in which they lock onto the brightest level detected once the device is awoken and “hold that peak value even after the ambient light decreases substantially afterwards.” This leads to the obvious issues of eye comfort and fatigue in addition to also depleting battery power at a faster rate.

Be sure to read the full report by Dr. Raymond Soneira for a full table of comparisons and some more discussion on the issues he raised, it’s a good read if you are interested.