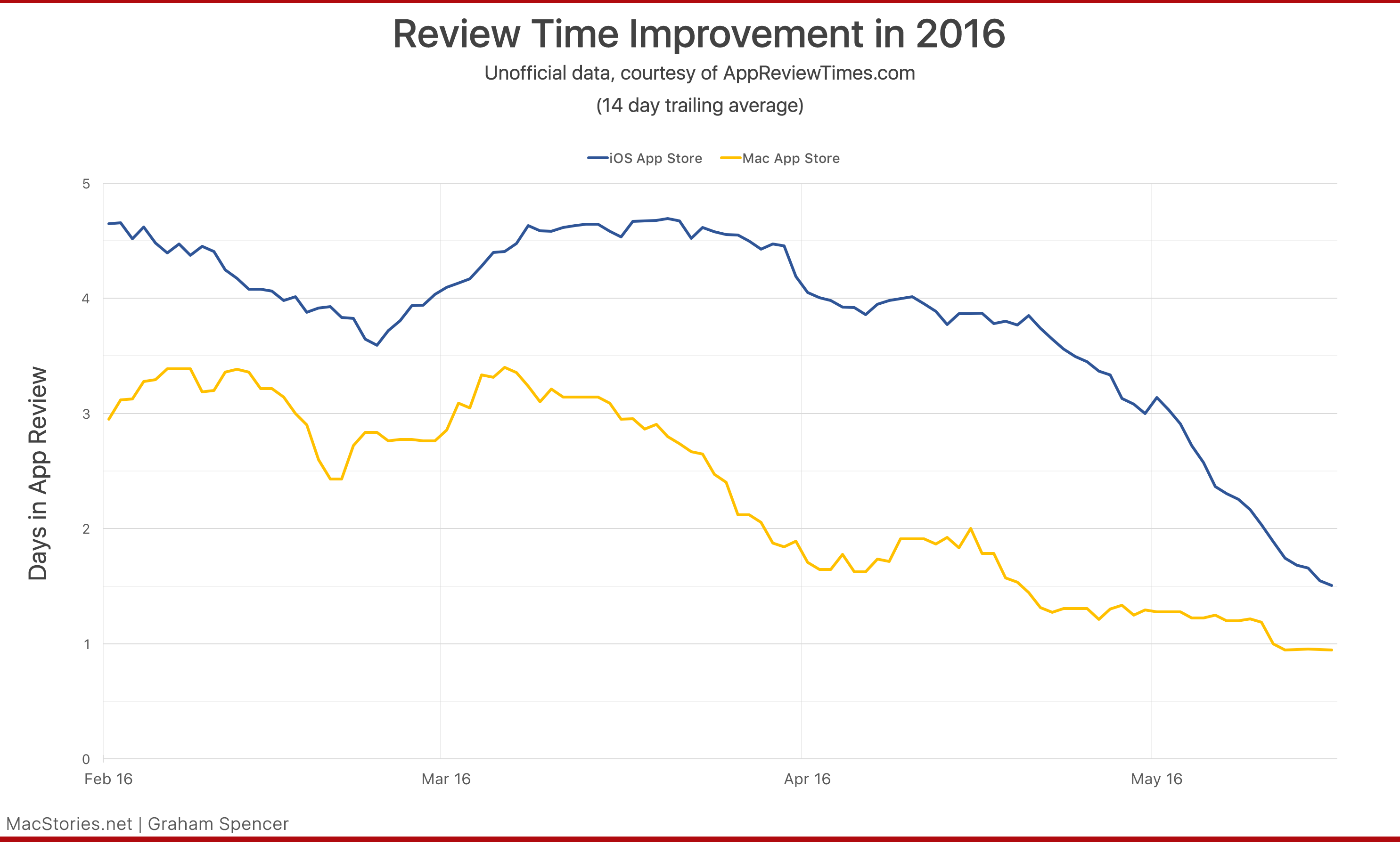 As many have noted this month, including Bloomberg, App Review has been processing app updates at a much quicker rate than usual. In the past week the average time for an iOS app to be approved by App Review has fallen to just 1.5 days. Apple itself doesn’t publish times, but there is unofficial crowd-sourced data at AppReviewTimes.com.

Dave Verwer of AppReviewTimes.com was kind enough to share the raw data with MacStories, and we produced the above and below charts which provide some visual context and demonstrate just how out of the ordinary the recent improvement in App Review time is. It is too early to say conclusively, but given the extent of the reduction (and the sudden nature of it), I think it is fairly safe to guess that Apple has made some internal changes in order to improve the speed of App Review. 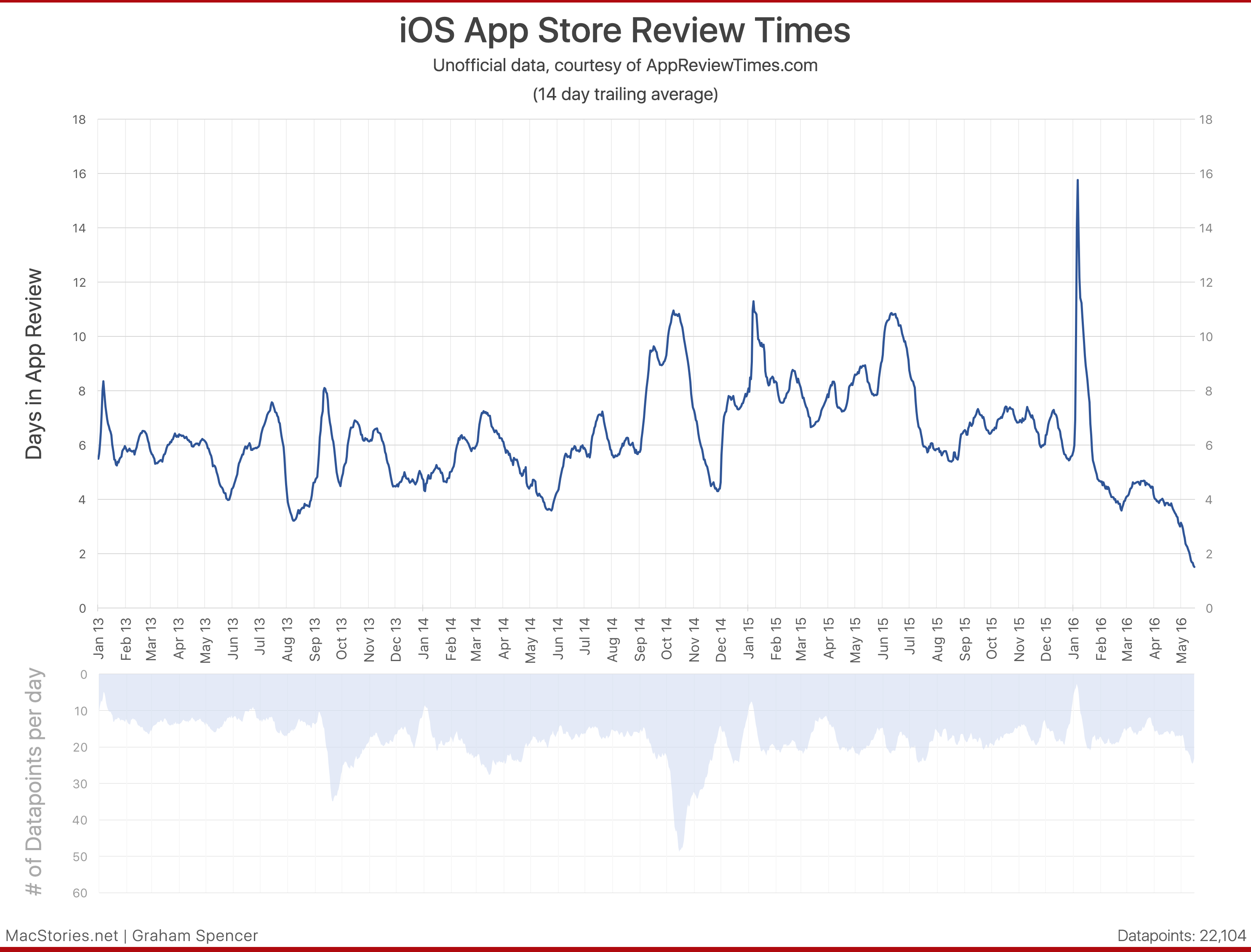 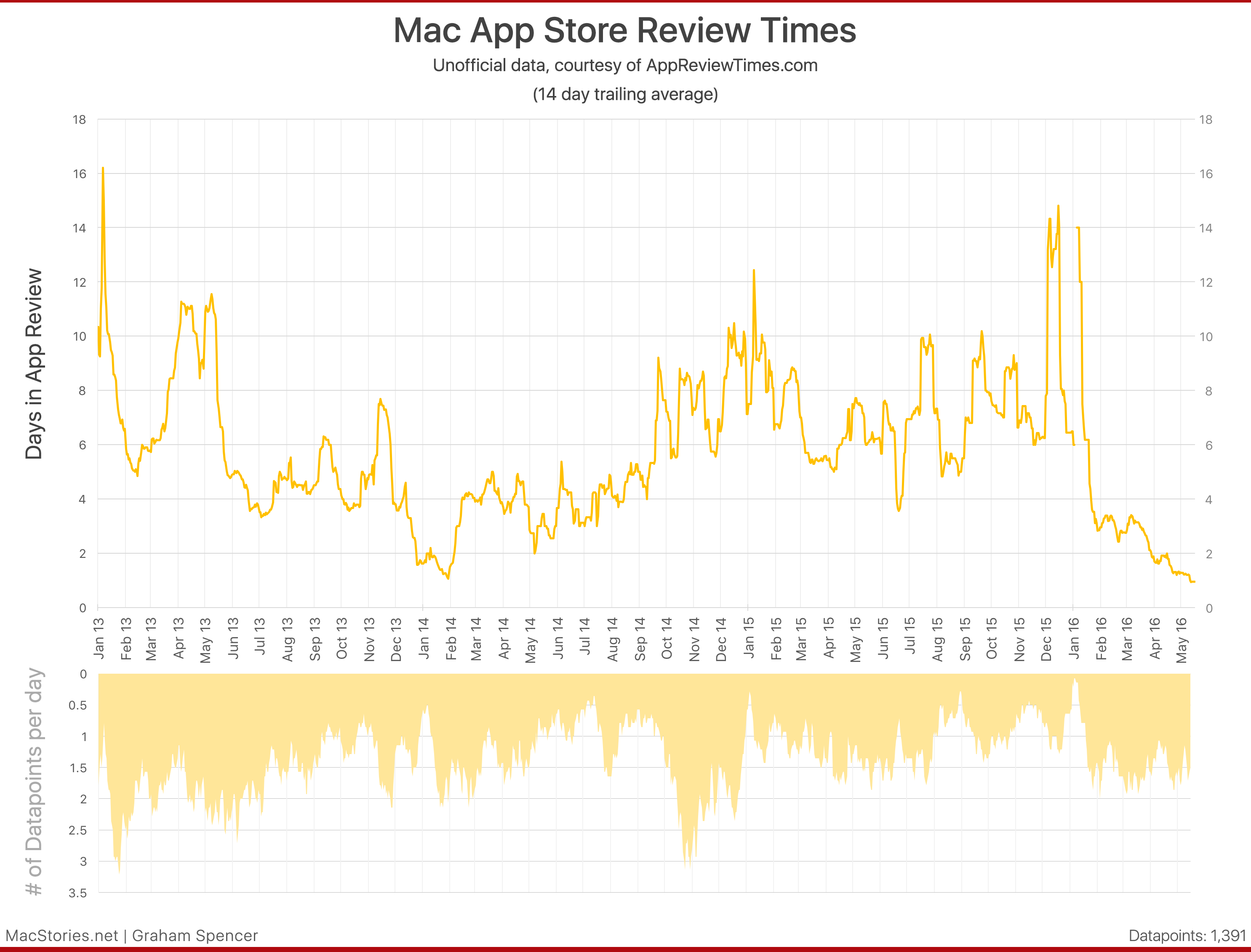 Earlier this year we published an extensive survey which detailed a number of frustrations that developers had with App Review, and suggestions for how Apple could improve App Review. At the top of that list of developer frustrations was the slow speed of App Review, with 78% saying it was bad or terrible.