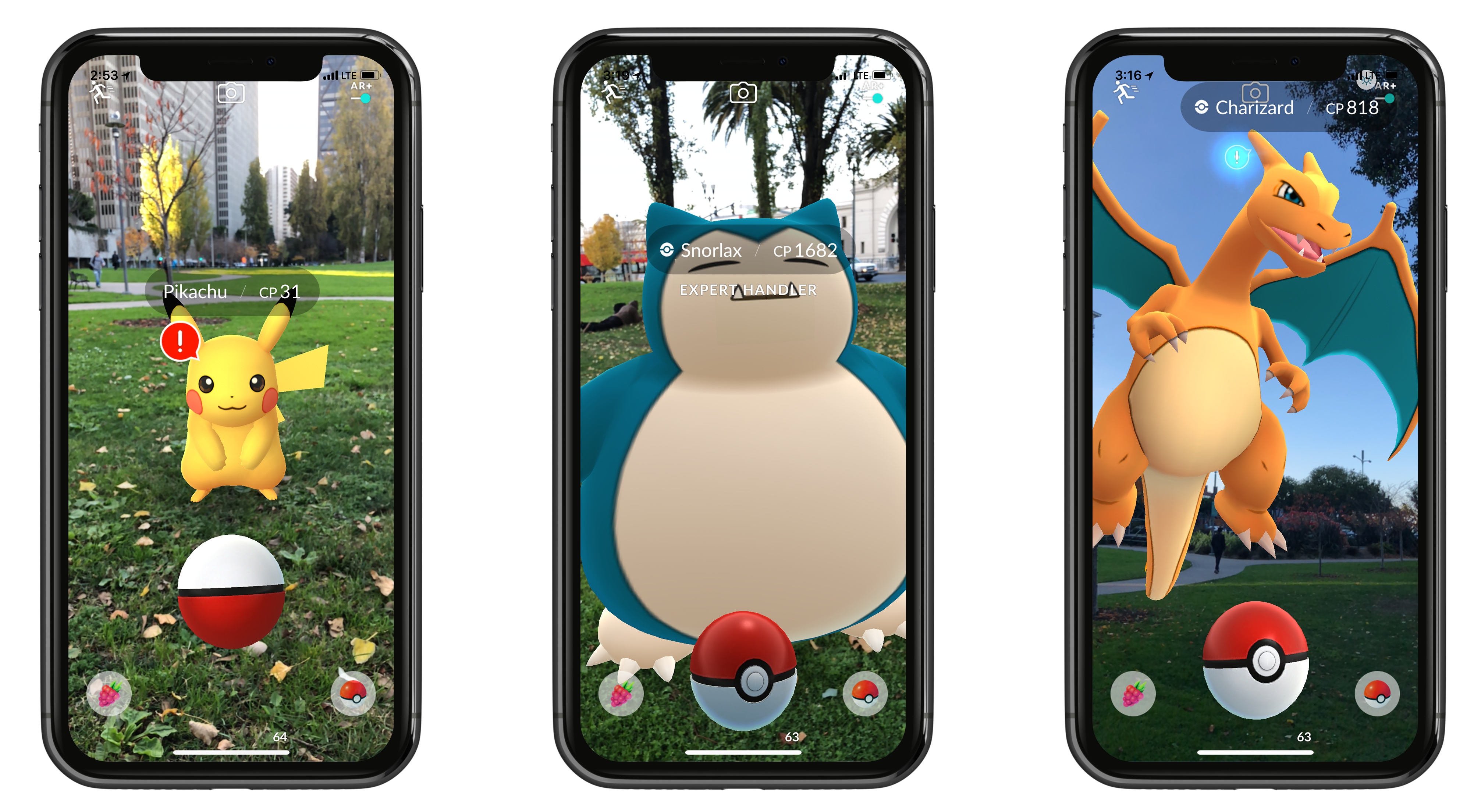 The most well-known augmented reality smartphone game will soon be better than ever. As was previously announced at WWDC, Pokémon GO is adopting Apple’s ARKit framework to provide a more true-to-life AR experience. The Pokémon GO website announced that this update, featuring what the post dubs ‘AR+’, is launching very soon.

AR+ will not only make Pokémon appear more accurately in space, but it also brings enhancements to actual gameplay. Because the game will be able to better measure distance and placement of objects, each Pokémon found in the wild will now have an awareness meter. The meter fills up as Pokémon grow more aware of your looming presence, and if the meter fills up completely, the Pokémon will run away. But if you sneak up carefully, not only will you prevent the Pokémon from fleeing, but you’ll earn some nice perks: an Expert Handler bonus that increases the amount of XP and Stardust you receive, and a better chance at earning Great and Excellent Throw bonuses. These additions are a clever way of using ARKit to not only improve the realism of the game’s visuals, but its mechanics too.

One either nice perk of AR+ is that, as a side benefit of being fixed to a precise point in space, Pokémon will display in an accurate scale, so you can walk up and see just how big or small a Pokémon truly is.

While Pokémon GO’s days as a worldwide phenomenon are over (at least for now), the game continues to receive important updates, and the adoption of ARKit appears to be a key one. The update’s exact release timeline is unclear, but by all indications it’s imminent.