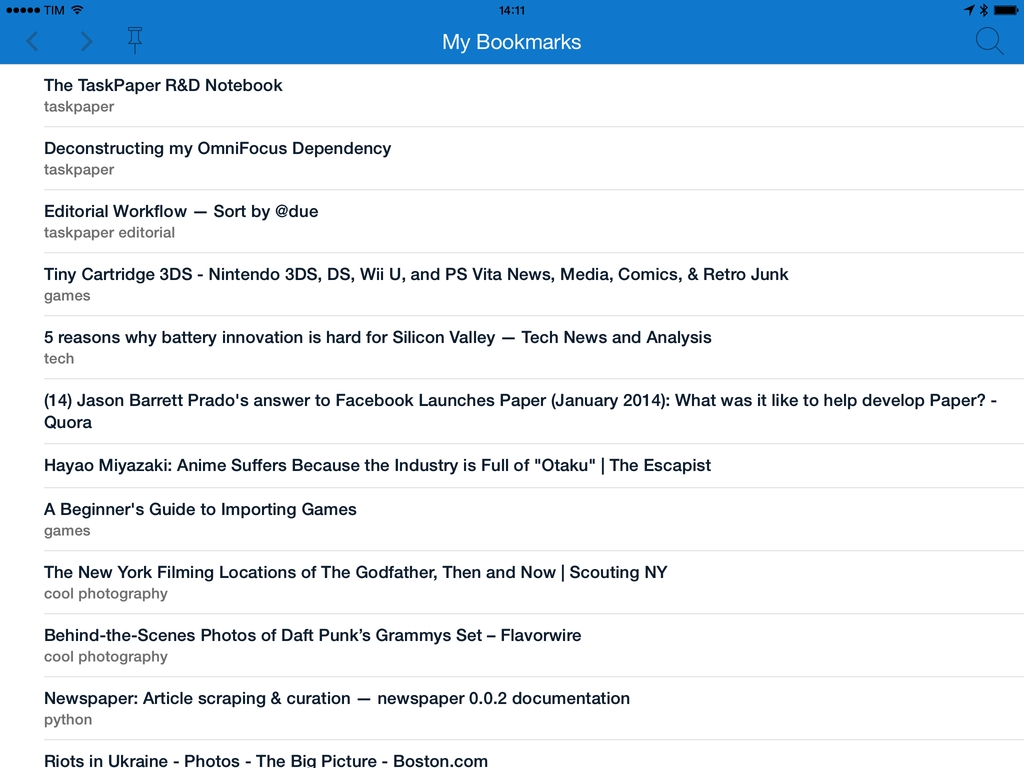 Pinswift, a simple but powerful Pinboard client for iPhone that I reviewed in December, has today been updated to version 1.1, which introduces iPad support as a Universal app.

Though Pinswift doesn’t have some of the features of clients like Pushpin, there’s a lot to like about it as the app hides advanced functionalities under a colorful and accessible UI designed for iOS 7. As I noted in my original review, my favorite aspect of Pinswift is the menu to switch between Pinboard sections for your bookmarks, Network bookmarks, entries in the Popular feed, and more. Each screen is color-coded, which makes it easy to understand at a glance whether you’re looking at your own personal stuff or someone else’s feed; any tag, username, search, or combination of all them can become a saved search pinned in the app’s switcher menu for easy access. Because saved searches aren’t tucked away in a dedicated menu, you can conveniently move between my bookmarks or someone else’s tag feed with just a few taps. 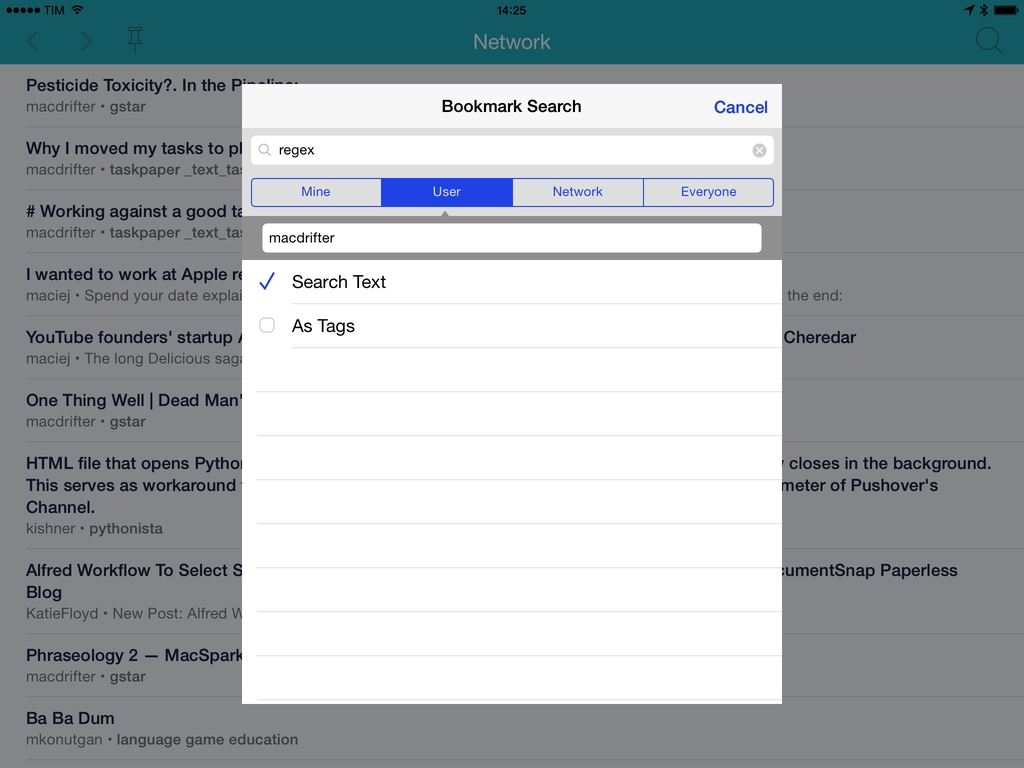 Pinswift for iPad is nothing revolutionary – it’s a larger version of the iPhone app with a Mail-like sidebar approach in lieu of the iPhone’s full-screen navigation menu. Switching between sections still requires just two taps: one to open the menu, another one to tap on a section or saved search. With today’s update, you also gain the ability to search for text within a username, a feature that expands upon Pinswift’s existing search capabilities that include normal as well as full-text search for bookmarks.

I like Pinswift. The app could use sync for saved searches and more sharing services, but, even in its current state, it remains my favorite Pinboard client thanks to its combination of power-user features and simple, clear design with fast navigation.

Pinswift is $4.99 on the App Store and Universal.