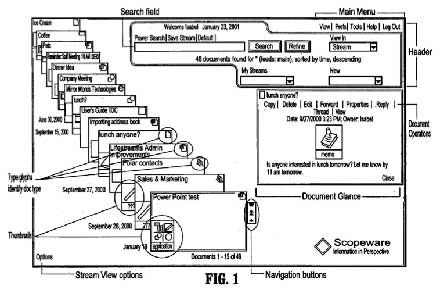 Penalized 208.5 million for three patent violations, Apple wasn’t going to give up a fight for a few of the most prominent features of today’s OS X: Spotlight, Time Machine, and Cover Flow. On October 1st, 2010, a jury initially awarded $625.5 million to Mirror Worlds LLC in the Texas Eastern District Court (a court which has been scrutinized for appealing to patent trolls). However, the verdict was postponed by U.S. District Judge Leonard Davis – additional post trial arguments were slated to last until November to the dispute.

Computerworld: Apple asked Davis to delay his final ruling on the verdict, claiming that the award amounted to “triple dipping” because the jury penalized Apple $208.5 million for each of the three patent violations.

The case dates back to 2008, as Yale University professor David Gelernter (the founder of Mirror Worlds Technologies) accused Apple of infringing on patents revolving around data manipulation. Specifically, the claims against Cover Flow involved how documents, pictures, and media were displayed on a computer via the Finder and iTunes (the patents also applied to the iPod, iPhone, and iPad). Today it was decided that the patents do not infringe on Mirror World’s technologies and that the damages were also too high.

Bloomberg: “Mirror Worlds may have painted an appealing picture for the jury, but it failed to lay a solid foundation sufficient to support important elements it was required to establish under the law,” U.S. District Judge Leonard Davis wrote.

Apple has also recently won an initial patent battle with cellphone giant Nokia, as the International Trade Commission ruled Apple did not infringe on a set of patents related to mobile phones, computer technologies, and portable music players.