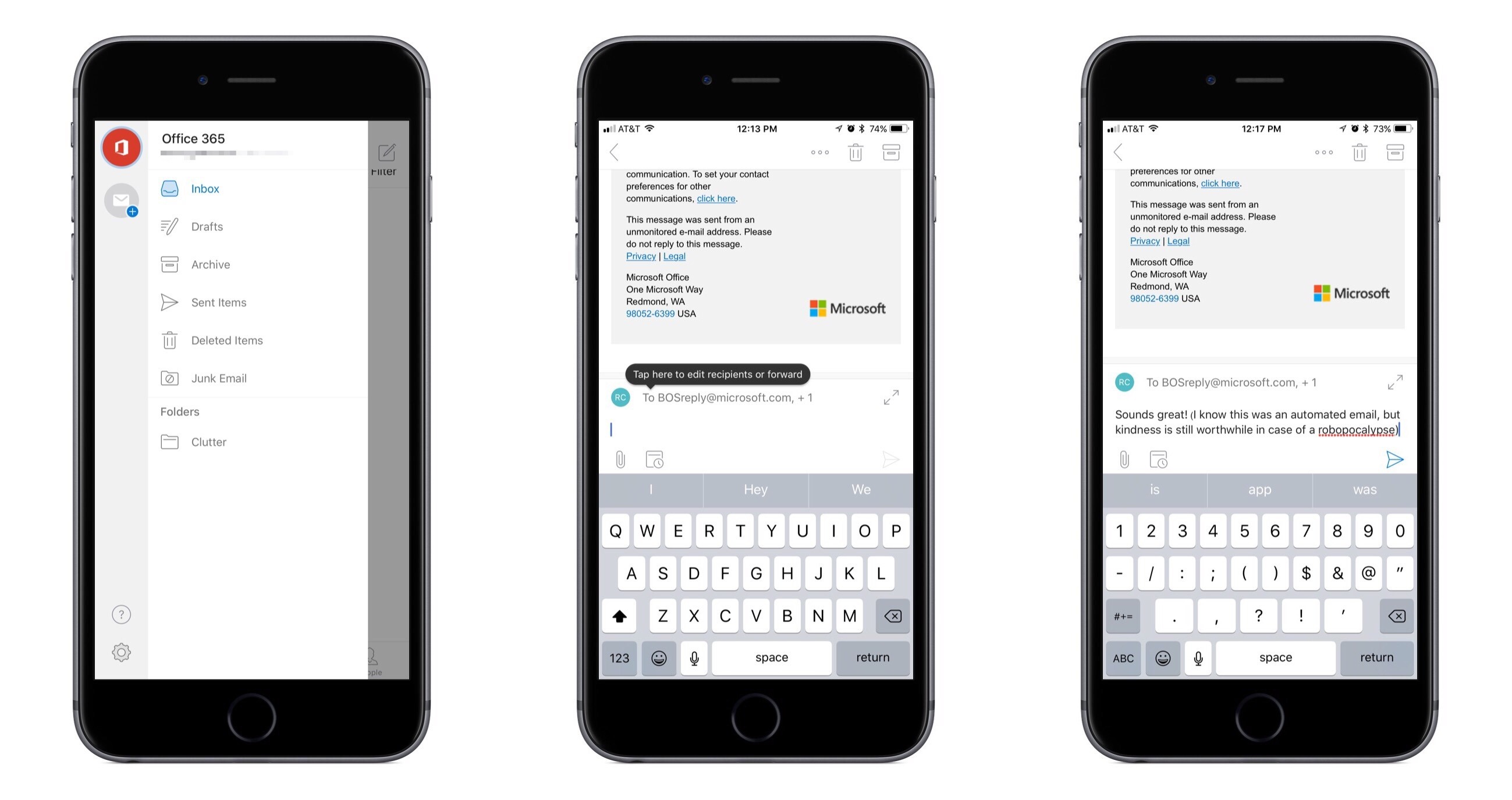 Microsoft Outlook for iOS was updated today with several new features, and Microsoft announced that another significant update would be coming soon.

The new feature that appeals to me most is quick reply, which makes the act of replying to an email resemble that of replying to a message in services like Slack or iMessage. At the bottom of each email there’s now a quick reply box you can tap in to begin crafting your response. No need for a separate compose window to appear, taking you out of the conversation; the full conversation is still in view, and you can scroll through it as you wish. I believe compose windows are largely unnecessary friction points that contribute to email’s poor reputation, so while a quick reply box may seem like a small change, for me at least it helps make email easier to deal with. One additional nicety included in the new reply interface is the ability to @mention to call out specific recipients.

Threaded messages in Outlook are now all uncollapsed by default, saving the extra taps previously needed to expand collapsed messages. Now when you open a threaded email you’ll be automatically navigated to the most recent message, so there’s no more need to scroll the full thread before finding what you’re looking for.

Outlook’s sidebar menu now includes a persistent column listing all of your different accounts, making it easier than ever to switch between different accounts. The updated menu also brings more convenient access to folders than was previously available.

These changes are rolling out progressively to all users, so you may not see them immediately.

One other upcoming change Microsoft announced today is that search will soon receive a major upgrade. Outlook’s main navigation tabs will be updated to include only Mail, Search, and Calendar; search’s more prominent placement in the app will be justified due to it including more than just email results – you’ll also find results for people, files, and intelligent information about things like upcoming flights or package deliveries. An exact release date for the new search features wasn’t announced, but Microsoft says it is coming soon.