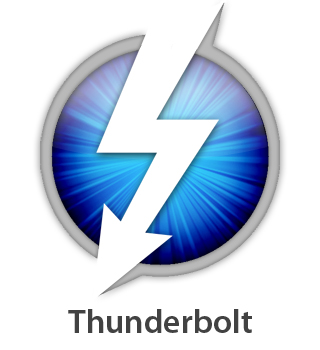 MacRumors suspects that tomorrow’s new MacBook Pros would be officially launched after Intel’s event starting at 9.00 Am Pacific Time. Apple would likely introduce their products as the first to feature Thunderbolt, which isn’t an Apple technology: Thunderbolt is an Intel trademark that can be used across any platform. So what’s the deal with Apple’s mini DisplayPort standard? On Twitter, Arnold Kim writes,

So interesting theory on why mini Display port for LightPeak/Thunderbolt, and not USB…

To differentiate Thunderbolt from USB products, it will feature a new standard connection type which conveniently fits the bill for Apple to step with their port. The mini DisplayPort is freely licensed by Apple, and would explain this afternoon’s speculative images. 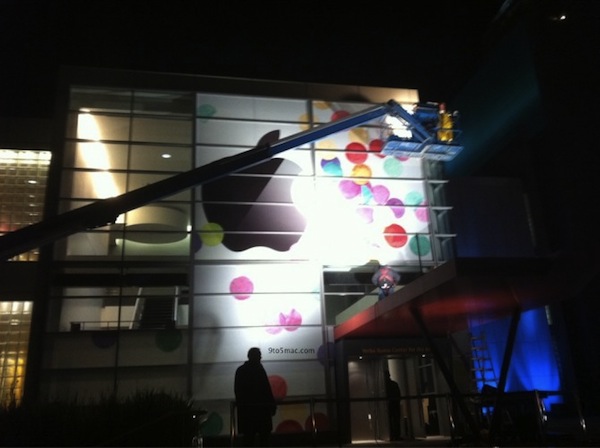 In the meantime, Apple has began dressing the Yerba Buena Center for the Arts this evening, but something doesn’t quite match up. Usually the event invites fit into the event’s entire theme, but the rather bland (and honestly boring) calendar is being overridden by… dots? Is Apple releasing the iDisco? This raises some new questions as to what the March 2nd event will entail. The mural hasn’t been completed yet, so we could still see that giant 2 decorate the building’s facade.