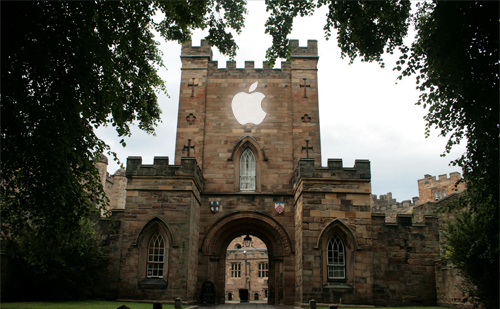 Apple’s cloud ambitions have been resurfacing over the last week with several rumours surrounding Apple’s reported purchase of icloud.com and now references to a service called “Castle” in Lion. Trusted Apple blogger, MG Siegler, tonight weighed into all the speculation, endorsing previous speculation by TUAW that “Castle” refers to Apple’s internal nickname of their new cloud services.

The discovery in Lion by Consomac.fr last week found references files that cited an “upgrade from MobileMe to Castle”. Siegler provides some more information in that the internal codename had originally been “Newcastle” but was recently shortened to “Castle”. Furthermore, as far as he is aware, the official shipping name may not yet be decided and “Castle” is still being used internally. The recent speculation over the icloud.com domain may just be one of the potential names for Apple’s cloud service.

On the rumours that AppleInsider reported on Friday, Siegler is reasonably confident that Apple is testing their cloud service internally with new versions of iOS and OS X but with the “Castle” codename rather than iCloud that AppleInsider reported. The cloud service being developed is highly likely to be revealed at this years WWDC, just five weeks away now, whether it be called iCloud (Siegler believes it to be a frontrunner for the name) or something else.