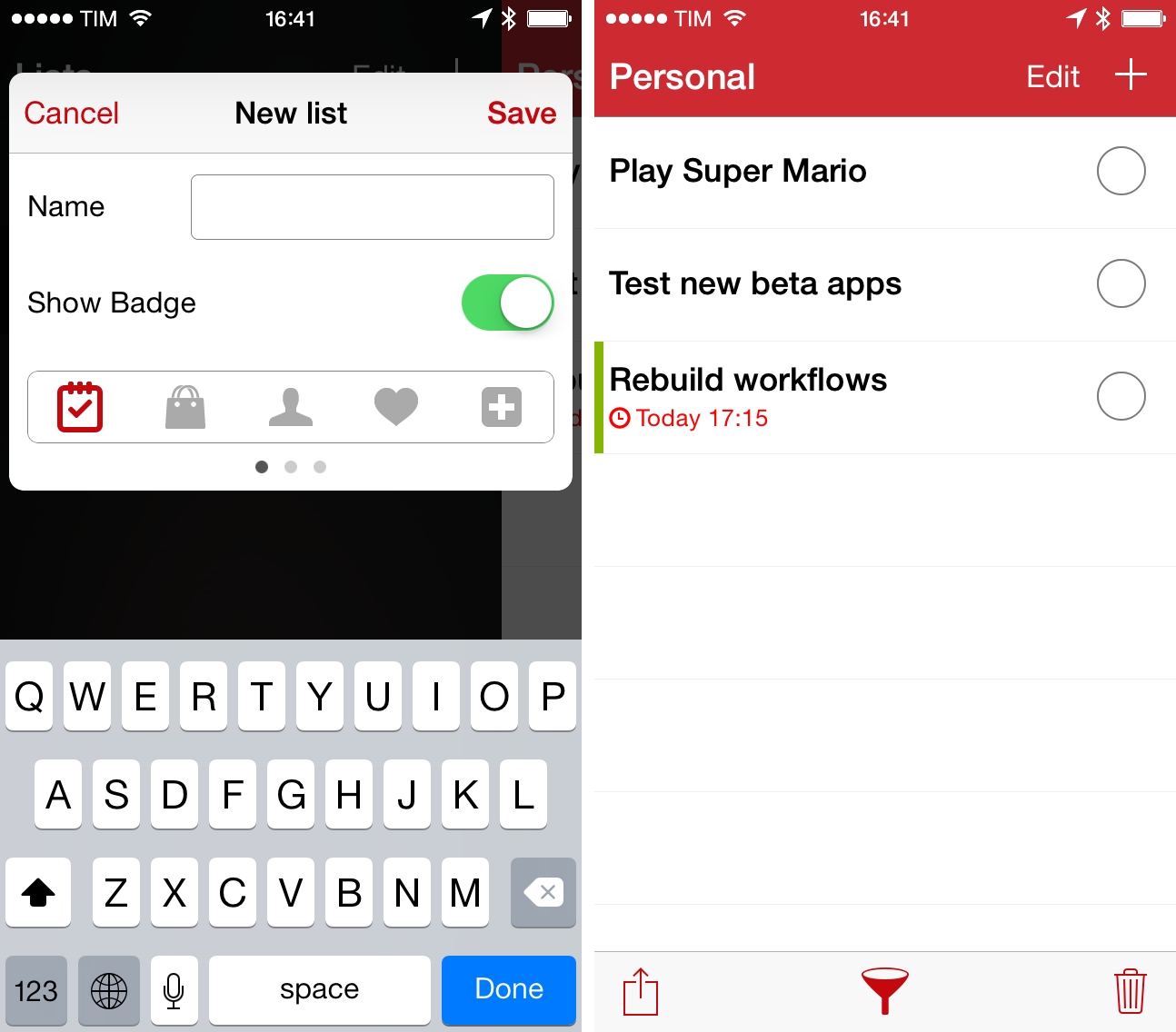 I first covered ListBook, a simple list-making app for iOS, when it came out on the iPhone in 2011 and, a year later, when an iPad version was released, making the app Universal. Since then, I’ve switched to Apple Reminders as my todo management system of choice, primarily because I can use Reminders with Fantastical, which I love both on the iPhone and Mac. I like the convenience of having my reminders synced with iCloud and available on iOS, OS X, and the web (with iCloud.com), and I like that I can move between different clients knowing that my todos will be handled by Apple in a central location. This is the reason why I’ve eschewed third-party, list-based todo apps like ListBook and Silo in the past two years – I prefer the flexibility given me by iCloud’s Reminders.

ListBook 4.0, however, is a nice update released today on the App Store. The app is still Universal and it now syncs with iCloud on the iPhone and iPad. Developer noidentity completely redesigned ListBook with an iOS 7-inspired fresh coat of paint that consists of a dark sidebar (where lists are located) and a main view with a white background and todo items. ListBook’s approach to themes is interesting: rather than having separate themes for each list, you can choose from a set of six colors in the Preferences, and all your lists will have the same tint in the title bar; todos, though, can be individually assigned a color label, so you can end up with, say, two blue items and three green todos in your red-themed “Shopping” list. Unlike most iOS 7 apps, ListBook uses large, bold fonts for list and todo names, and font sizes are adjustable independently from iOS’ Dynamic Type settings in the app’s Preferences.

ListBook is somewhat reminiscent of Clear in the way it implements “pull to add” actions for list and todo creation, and there are some nice sound effects accompanying the process of creating items in the app. Todos can be given due dates as well as location alerts; unfortunately, there’s no search, support for clickable URLs, or any sharing feature.

ListBook doesn’t have the same versatility and power of Fantastical, nor does it come with Mac and web counterparts to manage todos on the desktop. If the app’s limitations aren’t a problem for you, ListBook has some nice touches (especially for location reminders and UI choices) and the app is $2.99 on the App Store.