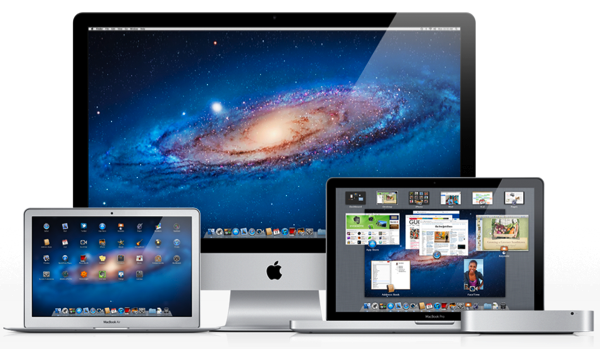 It’s not just your normal Wednesday morning folks. Nope — coinciding with the launch of Lion that was only confirmed yesterday during Apple’s Q3 conference call, Apple has released a handful of new products including updated MacBook Airs, updated Mac Minis, and new Apple Thunderbolt Displays (a step up from the Apple Cinema Displays). In the chaos of four press releases and an updating Apple Store, there’s lots of new items to note alongside our major morning launches, so let’s run through the list!

Apple’s white MacBook is unfortunately no more, at least in the consumer sector. I expected Apple to simply drop the price, but it seems their entry-level laptop has been from their current lineup, leaving only the MacBook Air and the MacBook Pro to fill the MacBook lines. Halifax Tech notes that the education sector, however, still does have access to the glossy laptops — it’s a great computer for classrooms, and I’m slightly jealous we didn’t have access to such great machines when I was in school.

The Mac Mini has received an update, adding Thunderbolt and removing the optical bay, leaving both the Mac Mini desktop and server models with a beautiful naked aluminum chassis free from any blemishes. I know what you’re thinking — how dare Apple remove DVD playback completely! Let’s be honest: Apple was bound to remove the optical drive sooner or later from their Macs, and the Mac Mini just happens to be the second (if the MacBook Air counts) Mac to free itself from oft used DVDs. It looks like Apple is sticking to their guns: the future isn’t with optical media such as DVD or Blu-Ray, but rather with software and media from the cloud. (If you want, you can always buy a SuperDrive).

On a side note, have you seen the MacBook Air’s shiny new Keyboard? Not only does it glow thanks to backlights, but it has some new controls for Mission Control and Launchpad. I saw it first on MG Siegler’s MacBook Air review before I saw Klein Maetschke’s simple explanation.

According to AppleInsider, the new Mac Mini and MacBook Air bake in Bluetooth 4.0, which includes high speed data transfers, an energy saving mode, and a classic mode to support older devices. Sam Oliver writes, “The additions come just a month after Apple officially joined the Bluetooth Special Interest Group board of directors. At the time it was revealed that the company would aid in developing the low-power 4.0 specification.”

Are you a developer or curious bleeding-edge advocate on the Lion GM? It seems as though you’re out of luck when upgrading to the retail version of Lion: you’ll need Snow Leopard installed in order to purchase and install Lion from the Mac App Store. Or do you? Thanks to many readers who sent this in, option-clicking Lion in the Mac App Store will allow it to install on MacBooks with the Lion GM. While the retail release appears to be 11A494, that turns out to be the designation for the installer. Both the GM and the retail release share a build number of 11A511. Thanks @mattgemmell!

If you’re still on Leopard, you can download Safari 5.0.6 (instead of the newer Safari 5.1). There is a Safari update for original Leopard users, but unfortunately it’s not the one you were probably looking for.

Are you a new Mac user? You can move files and documents off of your Windows machine thanks to the Windows Migration Assistant, which can be downloaded for Lion to make the process of switching as easy as possible. If you’re interested in knowing how information gets transferred, check out this super helpful FAQ that explains the process and what exactly happens.

On a final note, you camera junkies out there are probably wondering if that Canon of yours is compatible with Lion (especially if you shoot RAW images). Lucky for you, Apple’s posted a page detailing all the cameras Lion supports for the RAW format Judging by the size of the list, you’re almost guaranteed to be covered.