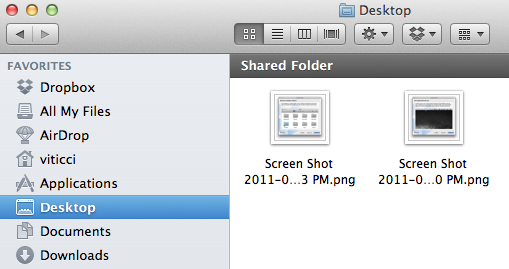 If there’s something Dropbox, the popular online file syncing service with a strong iOS / OS X presence, should get better at in the future, that would be a new way of informing users of available updates. Or, as Shawn Blanc recently put it, you’d think of all the apps that automatically update themselves, “Dropbox would be a chief at it”. Unfortunately, in spite of its always-connected nature, Dropbox’s internal update mechanism is far from perfect. Too many users downloaded Dropbox months ago, and never updated to faster and more stable builds because of a lack of notifications, sticking with older versions that are likely causing problems.

This problem is especially true on Lion, which required the Dropbox team to rewrite parts of the app to integrate with the new Finder. Whilst TUAW noted last week that another “silent” Dropbox update added Lion support, the latest forum build – version 1.2.28 released yesterday – goes even further and brings a new icon for the Finder sidebar, new setup images, and more bug fixes. The changes are minor, but it’s nice to see Dropbox finally having a good-looking shortcut in Lion’s Finder. 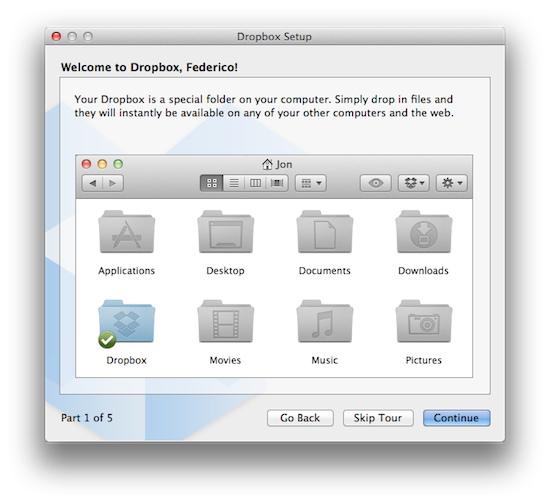 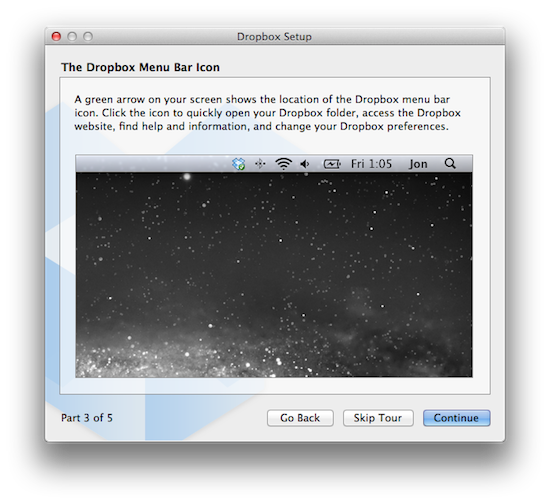 You can download Dropbox 1.2.28 (which, again, is an experimental forum build that, although stable, still isn’t an “official” release) over at Dropbox Forums.