Just how many people are using the iPad 2 camera? (Answer: Not many) 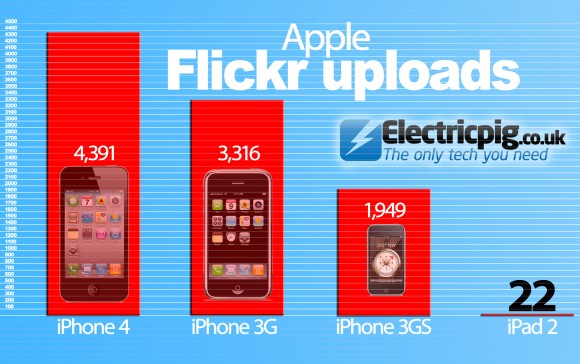 Two things going against the iPad are that it’s unwieldy to use as a camera, and it’s not even a good camera to start with. When we took our test pictures, we got passable (but not really great) shots with enough ample lighting, but you’re still not going to be able to take the spectacular photos that the iPhone 4 can. Compare that to what the iPhone 4 is genuinely capable of in someone like Josh Helferrich’s hands: http://campl.us/6Qb.

The iPad isn’t currently a great tool for photography, and there’s a reason why Apple was seemingly reluctant to add it. Unfortunately, when Apple finally did add the camera, it feels like it’s just there to be there. Electricpig’s infographic makes the point that nobody is using this feature on the iPad 2.