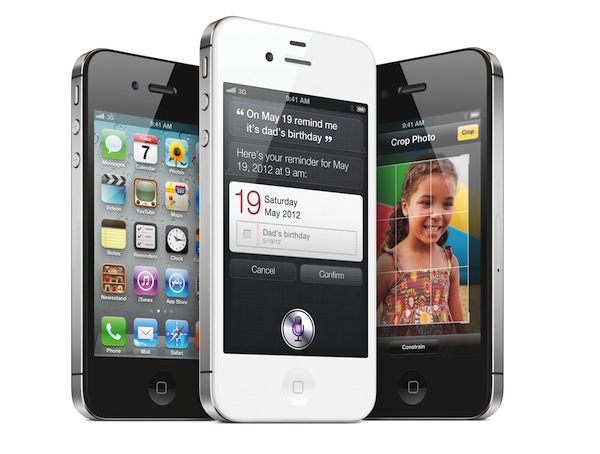 Earlier today, Apple announced the new iPhone 4S, an upgrade to the existing iPhone 4 with improved A5 processor, new 8 MP camera with better optics, faster download speed on 3G, Bluetooth 4.0, and more. You can read more about the iPhone 4S in our general overview; however, members of the press who were invited to Apple’s media event in Cupertino have begun posting their first impressions and hands-ons about the iPhone 4S. It appears this time around Apple won’t let journalists take photos or videos in the hands-on area – possibly to avoid noise hiccups with Siri, the new voice assistant, shown on video.

Engadget notes the iPhone 4S is faster than the previous model, with faster loading times when navigating between pages and opening the camera application (which seemed faster in the BBC demo of Siri, too). Furthermore, Engadget was also able to test the new voice assistant, Siri:

The most impressive part was the demo of Siri, the new assistant that lets you do just about anything you can do on your phone – but with your voice. We tried to psych it out with a bunch of random requests, including the history of Chester, Vermont (a lovely town) and the best Ramen places in San Francisco. Siri never faltered, never missed a beat. It worked as well as Scott’s demo up on the stage. There’s nothing better to say than that. We even sent ourselves a few text messages, which Siri transcribed to a T. Of course, the lady on the other end still sounds eerily robotic, but we’re hoping for smoother responses from the alien within in a future update.

Jim Dalrymple at The Loop covers the differences in antenna design:

What is a bit different are the number of black bands that are on the iPhones. The current model has three bands — one on each side on the bottom, and one on the top. The iPhone 4S has four bands — two on the top and two on the bottom.

The bands are where Apple houses the antennas for the device. The Wi-Fi, wireless and Bluetooth technologies use these areas. It’s not clear at this point if Apple moved any antennas or what they added the extra band.

Slashgear was also impressed with the speed of the new device. The website writes “there’s no lag to be found” when switching between apps, and “webpages rendered instantly”. Similarly to Engadget, first impressions with Siri are very good:

Siri is arguably the main draw. Apple’s new voice-control assistant, Siri makes promises that we’ve learnt to be wary about over the years, but after a brief test we’re surprisingly impressed. Easily activated, with a new microphone icon on the regular on-screen keyboard, Siri managed just what it did on-stage during the keynote. We could ask it local information, such as the weather or to find nearby stores, while online searching and complex questions for Wolfram Alpha were handled with little delay. Speed can be the killer for services like this – people just won’t wait if their phone takes 30 seconds to look up an answer – but Siri delivered in just seconds.

The iPhone 4S will be available on October 14th in 7 countries (US, Canada, Australia, the UK, France, Germany, and Japan) with pre-orders starting this Friday, October 7th. Apple has decided to keep the 8 GB iPhone 4 and 8 GB iPhone 3GS around at lower price points, and will release the iPhone 4S in 22 more countries on October 28th.

Update: CNET has posted a two-minute video detailing Siri on a Sprint iPhone 4S. Siri can be asked different questions in multiple ways, and it even recognizes “mom” as a contact in Address Book with another name. Video below.