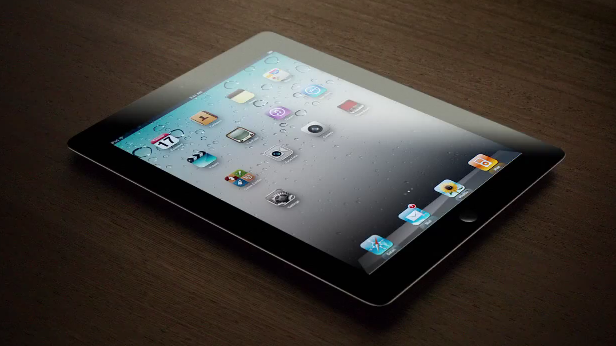 According to a rumor posted by Bloomberg this afternoon, production for Apple’s next generation iPad, unofficially dubbed ‘iPad 3’, has ramped up and will reach full volumes in February. Several rumors in the past months have tried to pinpoint the exact hardware features of the iPad 3; Bloomberg claims the device will sport a quad-core processor, LTE compatibility and a sharper screen with ‘greater resolution’.

Apple Inc. (AAPL)’s next iPad, expected to go sale in March, will sport a high-definition screen, run a faster processor and work with next-generation wireless networks, according to three people familiar with the product.

Since the introduction of the iPad 2 last year, many industry observers in the Apple community have noted the iPad 2 hardware wouldn’t have been able to manage an increased number of pixels on screen, which require faster processing power. A quad-core CPU, however, would enable Apple to support a ‘Retina’ 2048x1536 screen resolution (thus doubling pixels on screen as the with the transition from iPhone 3GS to iPhone 4), faster app switching and smoother video playback. Support for LTE would allow for faster data connections in regions where 4G is available, and it’ll likely be added through new chips by Qualcomm. According to Bloomberg, LTE will be introduced on the iPad first as the device has got a bigger battery than the iPhone, and LTE is widely known to require a larger amount of power than GSM and CDMA chips.

Bloomberg adds the iPad 3 is ‘expected’ to become available in March, a timeframe that would resemble last year’s iPad 2 launch with a press conference in early March and product rollout in the following weeks. From a design standpoint, recent rumors have suggested the iPad 3 will be either thicker or thinner than the iPad 2 due to the addition of the Retina display, so we’d take this speculation with a grain of salt. Bloomberg’s report seems to fall in line with several separate rumors from the past months, suggesting that the iPad 3 will be a not so minor upgrade with new screen, LTE and quad-core CPU (like A6 processor from Apple).