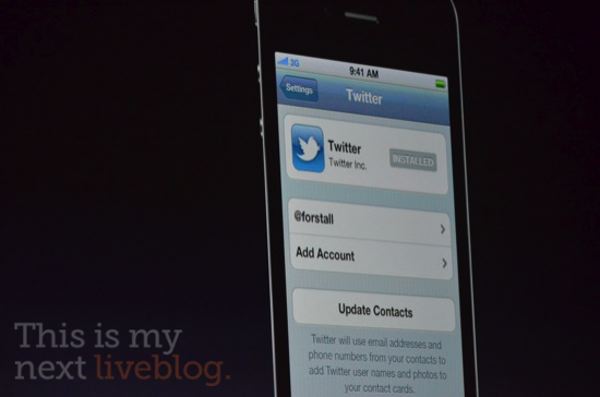 Rumors about iOS 5 getting “deep” Twitter integration were also true: the WWDC keynote revealed a few minutes ago that iOS 5 will indeed come with a new Twitter settings panel to authorize with your account on-device, and start tweeting pictures or web pages right away with the “Tweet Sheet”, a new system-wide popup menu used on the iPhone and iPad to send tweets. Twitter will also be integrated in the contacts to fetch profile pictures, as well as Maps, YouTube and Safari. 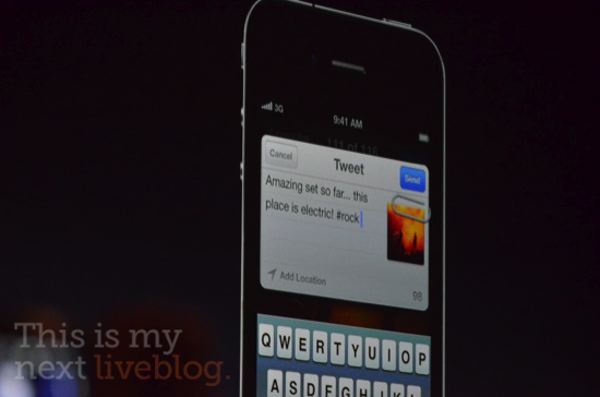 And today we’re working with Apple to make sharing on Twitter even easier: Twitter is built right into iOS 5, coming soon to iPhone, iPad and iPod touch devices worldwide.

This means that you’ll be able to sign in to your Twitter account once and then tweet with a single tap from Twitter-enabled apps, including Apple’s apps—Camera, Photos, Safari, Contacts, YouTube, and Maps. And developers of all of your favorite apps can easily take advantage of the single sign-on capability, letting you tweet directly from their apps too.

Photos courtesy of This is my Next.