Earlier today, TechCrunch reported that many of Apple’s built-in apps were starting to show up as separate downloads in the App Store. One big implication of this is that it will allow Apple to update these apps independently of full iOS system updates.

With the iOS 10 beta out in the wild now though, and new support documentation for the OS posted from Apple, we can see that not only are those apps available in the App Store, but they are in fact completely removable from the system in iOS 10 (at least, they are in the initial beta).

While not every built-in app can be removed (some notable ones being Messages, Phone, and Camera), the vast majority of them can be, including Mail, Music, Calendar, and Reminders. The documentation doesn’t go into detail about what effect removing some of these apps will have on system functionality (for instance, what happens when you tap a mailto: link when you don’t have Mail installed?), but it does mention that removing the Calculator app will cause the icon to disappear from Control Center.

The big questions that this new ability opens up is whether it is paving the way for a more customizable iOS, including setting new default apps to replace lost functionality from removed built-in ones, or customizing the options that show up in Control Center.

You can see the full list of apps that can be removed, and the (surprisingly sparse) list of consequences that come from removing certain apps, on Apple’s support document.

UPDATE: This tweet from Martin Gordon shows an example of what you see when you tap a mailto: link in the iOS 10 beta after uninstalling the Mail app. Here’s the picture on its own below: 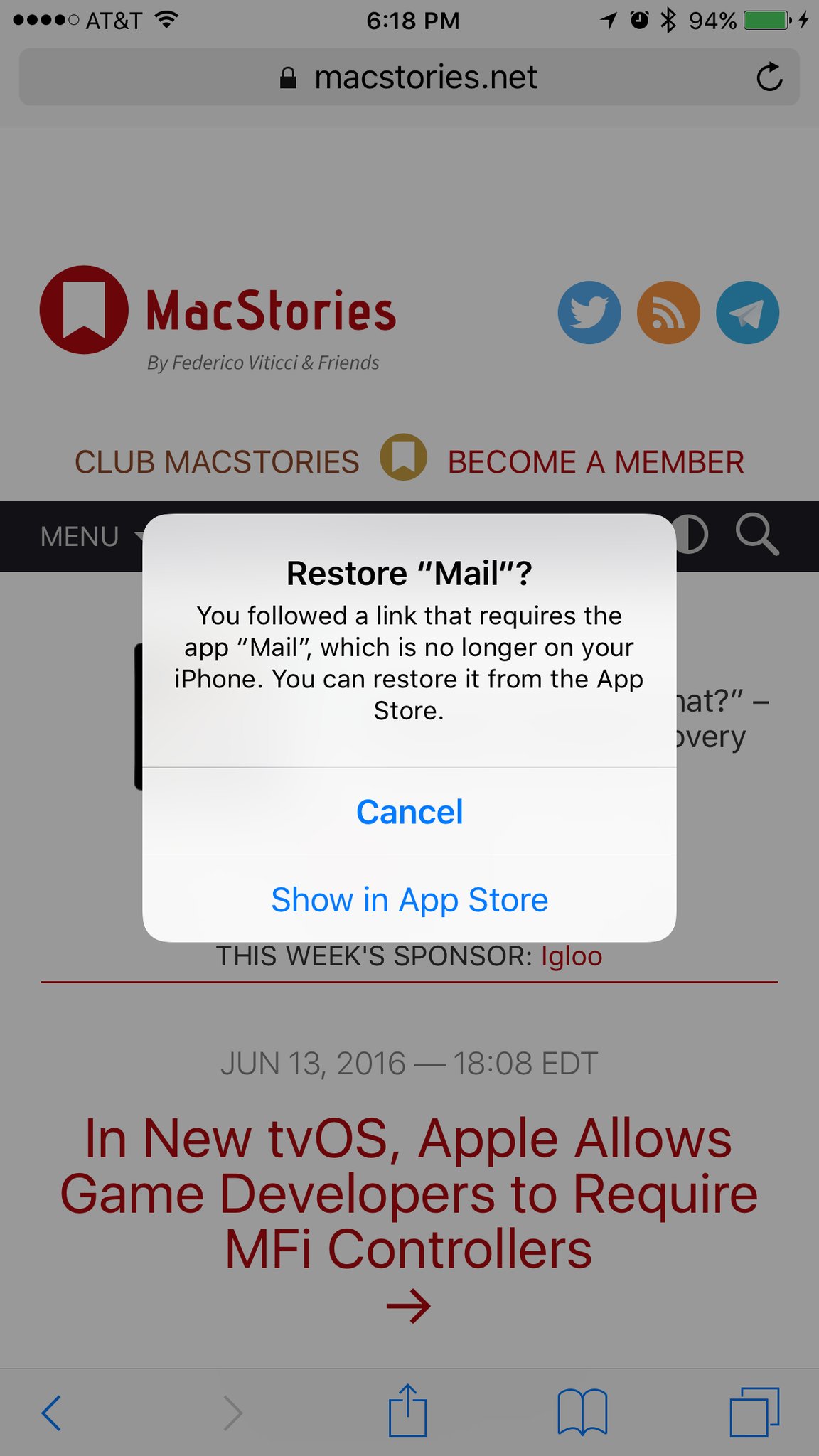 Tapping a mailto: link in the iOS 10 beta

First beta and all that of course, but this isn’t a great user experience at all. I honestly can’t think of any way to rectify this besides either not allowing the Mail app to be deleted in the first place, or allowing the user to pick a different default app that will handle mailto: links in the absence of Mail. It seems very odd that Apple would (perhaps in a future beta before official release) reveal default app choices without discussing such a huge feature in the keynote. But at the same time it seems even more odd that Apple would allow a user to completely break all mailto: links on the system and give no recourse to fix it besides reinstalling the deleted Mail app.

We’ll definitely be keeping on eye on this whole situation as the iOS 10 beta evolves. I’m very interested to see where Apple is going with this, and why they decided to do it now.