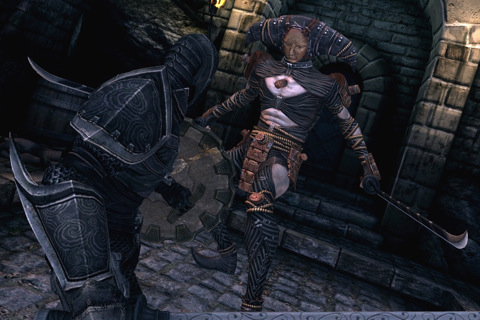 As announced earlier this week, Epic Games released today an update to Infinity Blade for iPhone and iPad, which reaches version 1.3 and introduces a new multiplayer mode, more gear to collect during the game, a new survivor mode, and much more. The new multiplayer section, called Arena, allows you to pick a knight or titan and fight with your friends using Game Center for easy match-making, leaderboard access, and so forth. I haven’t been able to play more than two fights for now (I don’t spend much time on Game Center), but the game didn’t seem to lag and was actually pretty stable and responsive.

As we previously reported, the new update also includes a survivor mode to see how far you can go fighting titans in a single game, new achievements, new rings, swords and shields. Admittedly though, the new big feature is multiplayer, and I’m sure Infinity Blade aficionados are going to spend hours trying to refine their fighting skills to make sure they’re on top of their Game Center stats.