Reuters reports on comments claiming that AT&T has seen about 500,000 iPad customers connect to its network. The number of 3G-capable iPads in the U.S. is really unknown because Apple doesn’t break down sales reports by model. One analyst thinks these numbers are low compared to Apple’s overall sales of over 3 million iPads last quarter. 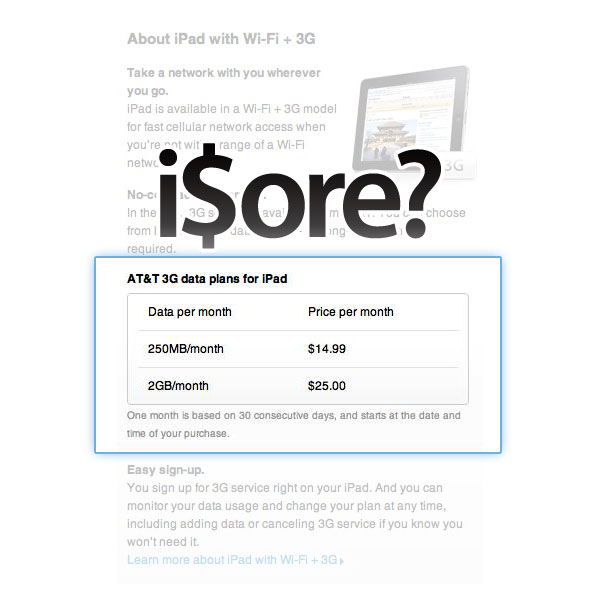 Many people buying iPads with AT&T’s 3G network network must not be activating the service, but only using WiFi. “Half a million at this point would seem low,” Steve Clement, Pacific Crest analyst, said.

While the 3G-capable iPads are $130 more than the WiFi-only versions, some customers may simply be finding that they don’t take their iPads away from their home as often as they expected, while others didn’t plan on activating the 3G service but only “future proofing” themselves for a later date. (AT&T’s contract-free iPad data plans allow customers to simply sign up for the service when needed.)

When asked, Randall Stephenson, AT&T’s top executive, said they are seeing improvements in its wired broadband business in the third quarter after a weak second quarter. I guess we’ll all find out when AT&T has their third quarter earnings call on October 21.