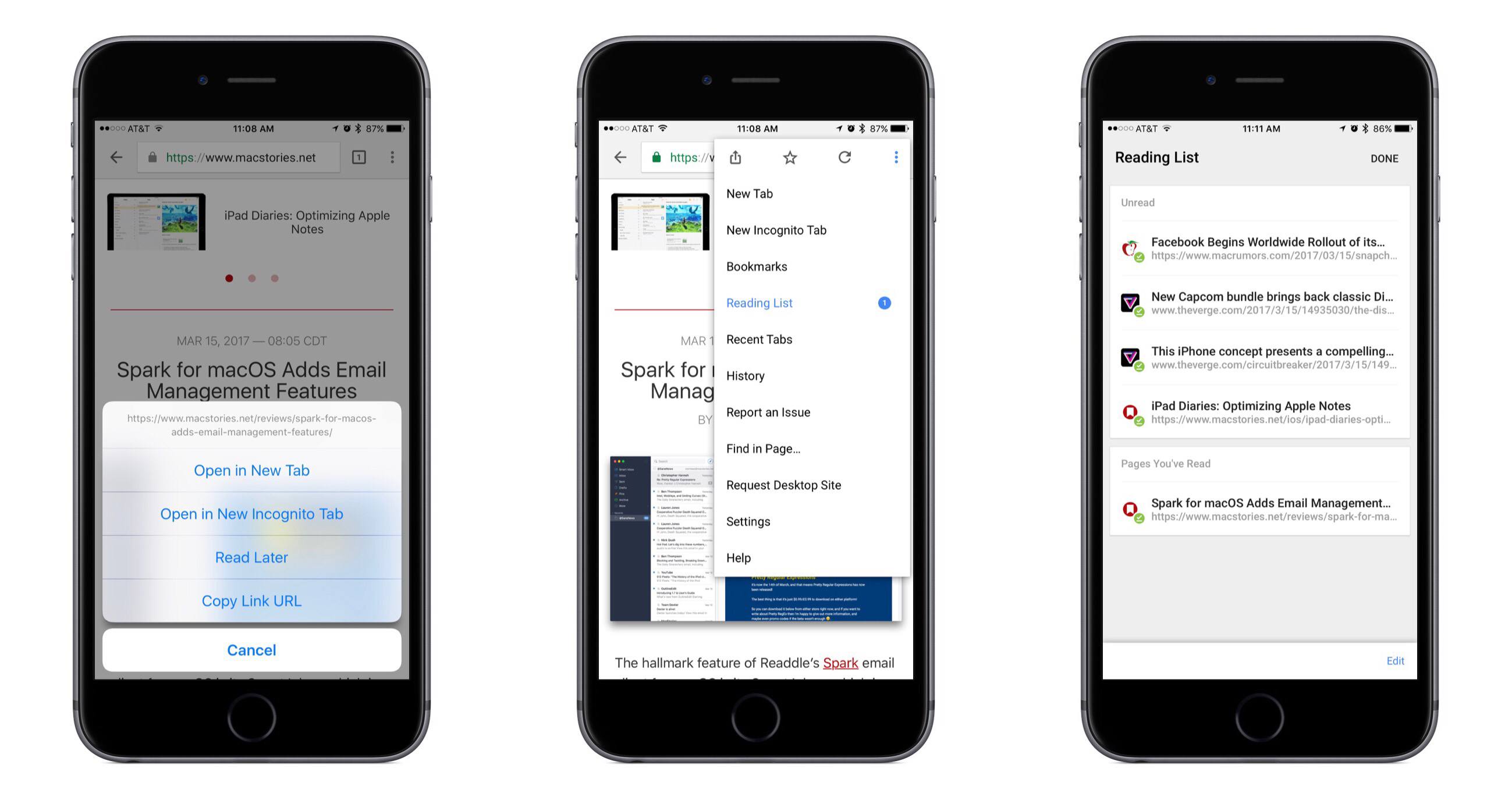 In its latest update, Google Chrome for iOS has added a native Read Later feature to quickly save articles for later consumption. From the app’s release notes:

If you find an interesting article that you want to read later, tap the Share icon and then Read Later to add the page to your Reading List. Articles on your Reading List are saved on your device so you can read them wherever you are, even when you aren’t connected to the web.

Although the release notes mention tapping the Share icon to save articles, I’ve found the quicker way to be long-pressing a link, which presents a menu that contains the ‘Read Later’ option.

In testing the offline functionality, I discovered that Chrome will not save a webpage’s full formatting for offline viewing; instead, it stores a stripped down version of the page. All of the necessary content, including images, is still preserved, but the viewing experience is not as pleasant as that of other read-later services.

Overall, although there’s nothing particularly interesting or innovative about the way Read Later works, it’s still a nice feature addition for Chrome users.