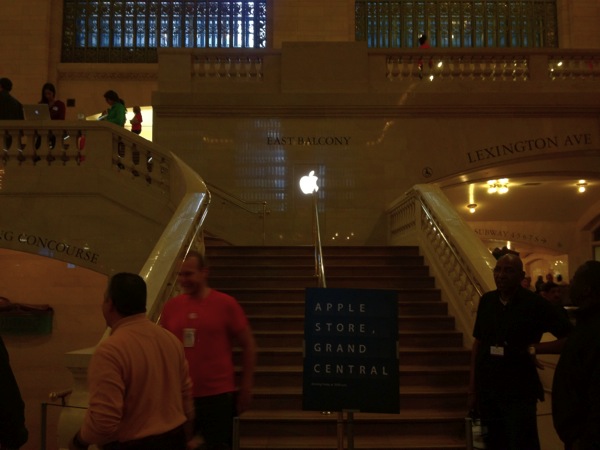 As anticipation mounts for the grand opening of the Grand Central Retail Store on December 9th, at 10 AM, Apple has soft launched their retail store by taking the covers off early, giving journalists and passerby a sneak peek at what to expect come this Friday. Techfootnote writes that the the Grand Central Retail Store is also providing free public Wi-Fi for commuters. You can find more pics past the break thanks to Ross Rubin. 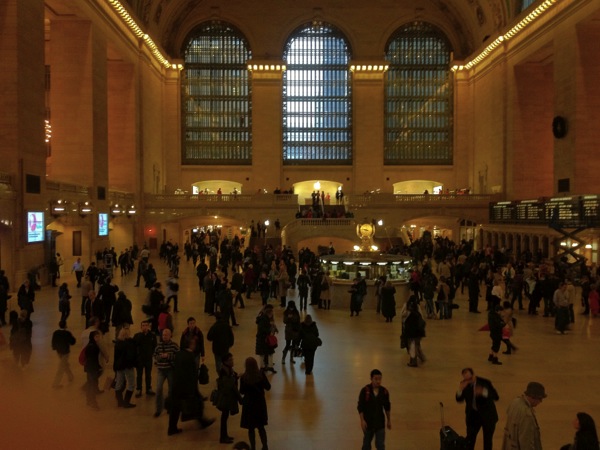 Apple and the Metropolitan Transportation Authority are currently under scrutiny for the 23,000 square foot space, as the MTA is accused of giving Apple an overly favorable lease for the space. While Apple is only paying $60 per square foot, the MTA has argued that Apple has already made an upfront payment to the previous tenant, and is paying to upgrade the space’s infrastructure with additions such as elevators to assist daily commuters. Apple’s $800,000 rent (for the ten year lease) is apparently small change, however, as the Grand Central Retail Store is expected to rake in $100 million a year in sales.

Update: Apple has formally announced the opening of the Grand Central Retail Store. You can can catch the press release below.

NPD analyst Ross Rubin has been tweeting plenty of pictures of the new store, inside and out. 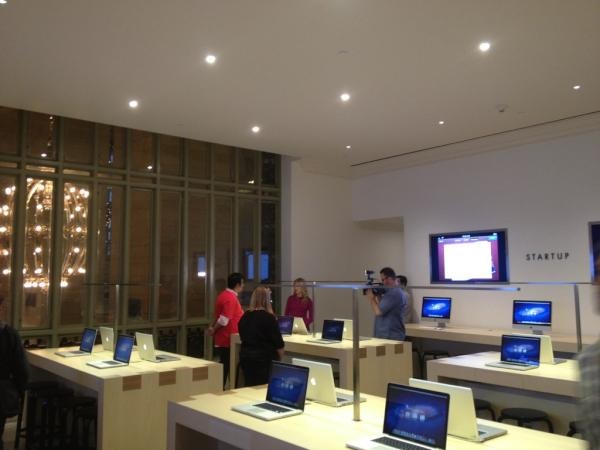 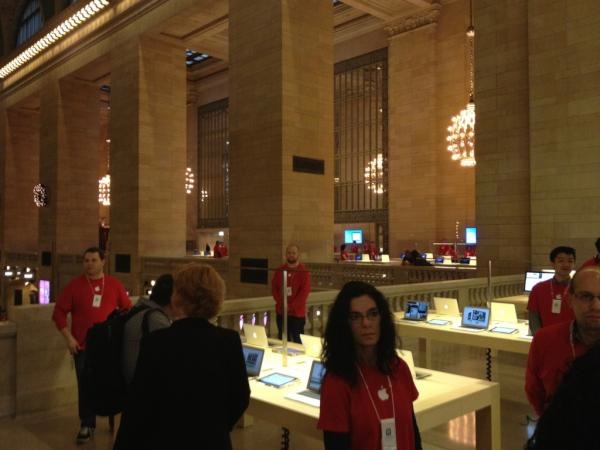 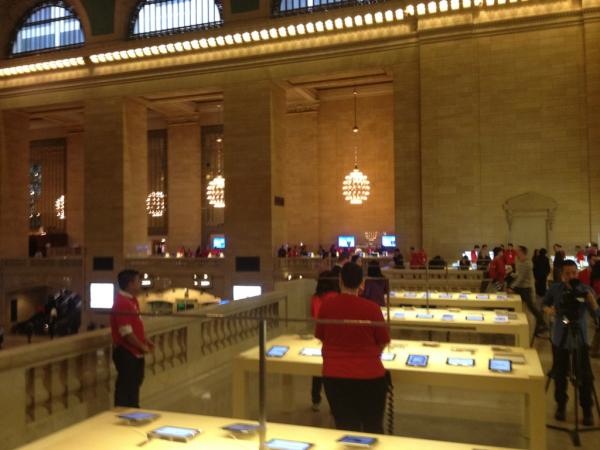 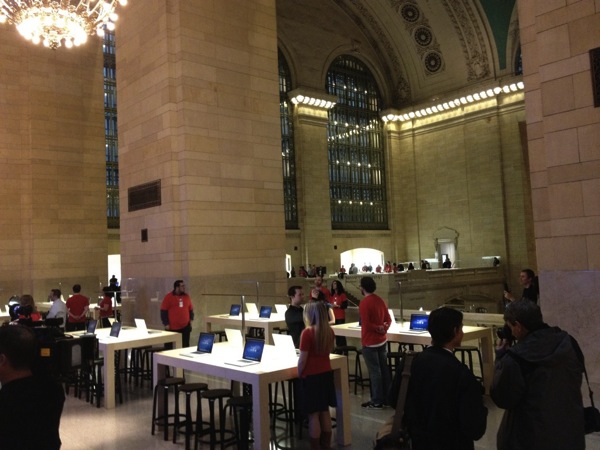 Convenient services at the Apple Store Grand Central include Personal Pickup, a feature of the free Apple Store App which lets iPhone® users shop and buy from anywhere they are, then pick up their purchase when they reach the terminal. Customers using the Apple Store App can even scan and pay for accessories with their iPhone using the new EasyPay function. And new 15-minute Express Workshops offer tips and tricks in a streamlined format to serve customers on a tight schedule.

The store’s expert team has 315 passionate employees who deliver these and other amazing services, which have become the hallmark of Apple retail stores worldwide.

Beyond the balcony overlooking the expansive Main Concourse, the Apple Store Grand Central offers rooms dedicated to some of our most popular services, including the largest area in the world dedicated to Personal Setup. In the Personal Setup room, customers who buy an iPad®, iPhone, iPod® or Mac® can get up and running before they leave the store. There’s also a room designed especially for Personal Training, where new Mac owners learn the basics or take their skills to the next level as part of Apple’s popular $99 One to One program.

Holiday shoppers in Manhattan now have five unique Apple stores to choose from, each perfectly suited to the neighborhoods they serve: Fifth Avenue, Upper West Side, SoHo, West 14th Street and Grand Central. Around the world, nearly 300 million people have visited Apple retail stores in the past 12 months. There are 361 Apple stores in eleven countries including the US, UK, France, Germany, Spain, Switzerland, Italy, Japan, China, Australia and Canada.

© 2011 Apple Inc. All rights reserved. Apple, the Apple logo, Mac, Mac OS, Macintosh, Apple Store, iPhone, iPad and iPod are trademarks of Apple. Other company and product names may be trademarks of their respective owners.