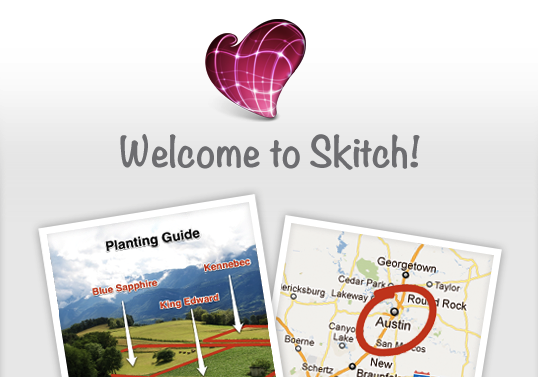 Skitch is a popular tool for annotating screenshots and images with the ability to quickly share them with others. It was purchased by Evernote back in August of this year and today they are proud to present Skitch for iPad.

Skitch is the amazingly fun and surprisingly powerful way to move your ideas and projects forward using fewer words. With Skitch, annotate and draw on just about anything that you see, whether it’s a new or existing photo, a webpage, screenshot, map, or a blank canvas. Then, share your work with friends, colleagues or save it all to Evernote. It couldn’t be simpler.

Skitch for iPad has a handful of useful features as well as some not so useful features, all of which are housed in the very common “home screen” style interface. I am not personally a fan of apps that lump their main features in to a grid of large square icons. I think it is a lazy approach to user experience on a touch screen device. The fonts, colors and images used for the layout elements makes the entire app feel like a cartoon. After all the featured icons are the thumbnails of the drawings you have added. To remove them you have to tap and hold like you would expect to do on a home screen except the icons don’t jiggle as an indication. Because of this, it feels like an unfinished implementation. When you are finished removing images you can’t just tap in an empty area of the screen like you would with an actual home screen, you have to find the tiny Done button on the bottom corner of the screen. These are certainly not a huge issues, just more like disappointments and it all goes back to the lack of thought that went in to the design of this app. 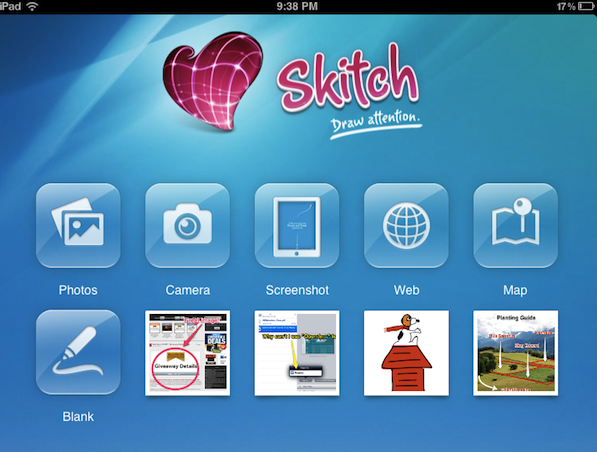 The main features on the home screen:

If you can make it past the underwhelming experience of the home screen you will actually find some nice design elements within the main features. The drawing tools for example are really well implemented. They are basically a collection of icons docked down the left side of the screen that are available when editing an image. Some of these tools include text boxes, cropping, color selection, save to Evernote feature, as well as exporting to Twitter, Email, or save to your Camera Roll. All of which are to be expected in a common annotation app for the iPad. I did have some issues with a few of these features like text boxes not properly word wrapping so a line of text ran right off the screen. It is possible I overlooked an option to wrap the text but I looked pretty hard and if the option does exist, it certainly isn’t easy to find. Another oddity was the Apple AirPlay icon in the Export menu options. This may be an odd location for this feature but at least they included it. It gives you the option to have a “Separate Canvas” on the television, which is basically a slightly larger duplicate of what is on your screen. It may possibly be useful for presentations but I doubt I would ever use it in this manner. 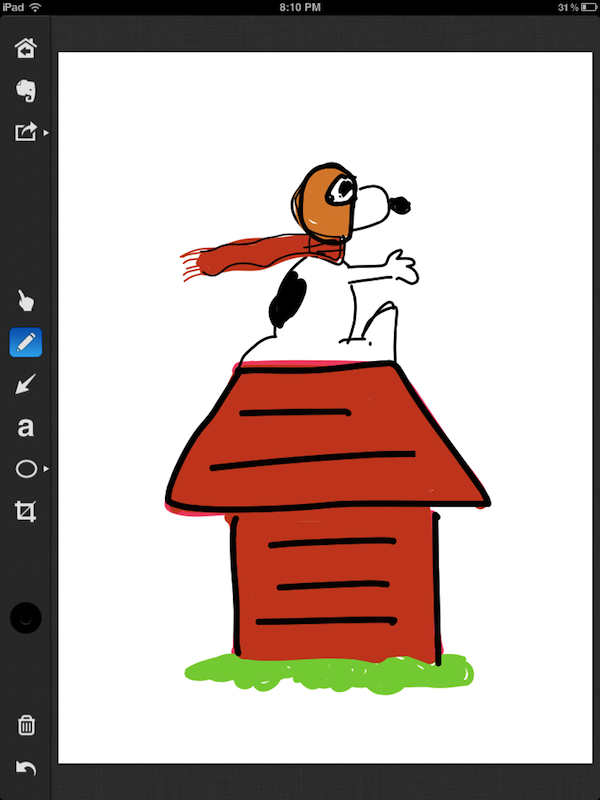 Overall Skitch for iPad left me wanting more and unsatisfied with what I was given. I know its a free app and free service, but I am the type that is more than willing to pay for good software. Charge me some money and put that money towards a better version of Skitch – everyone wins. 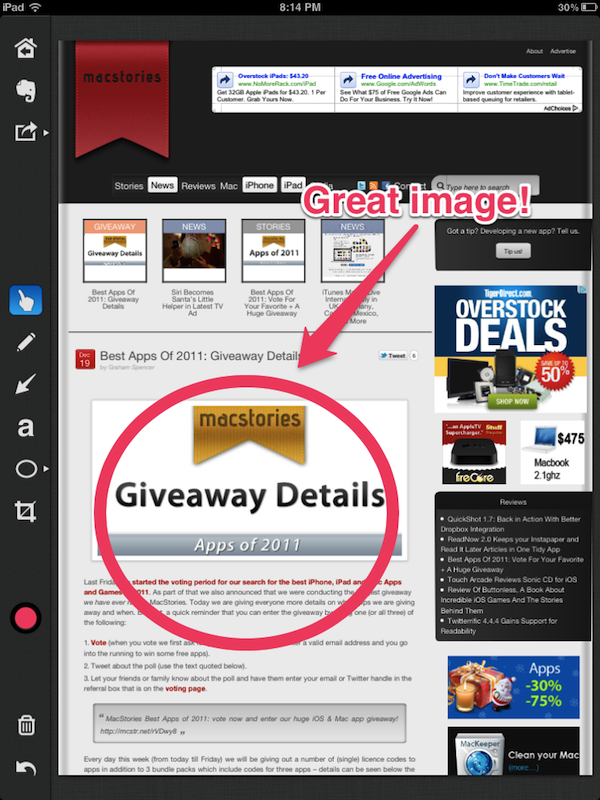 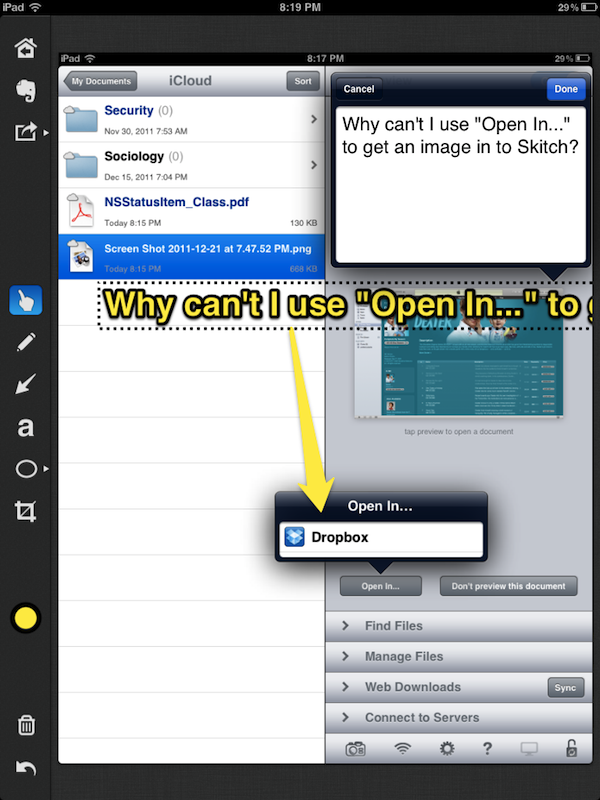