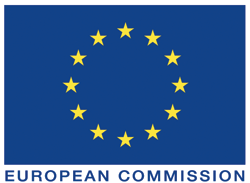 In a statement released today, the European Commission has revealed that it is opening formal antitrust proceedings to investigate the possible presence of anti-competitive practices within the ebook industry.  The investigation will target a number of international publishers including Harper Collins, Simon & Schuster and Penguin. The Commission will also be investigating whether Apple has helped the publishers engage in anti-competitive practices.

The European Commission has opened formal antitrust proceedings to investigate whether international publishers Hachette Livre, Harper Collins, Simon & Schuster, Penguin and Verlagsgruppe Georg von Holzbrinck have, possibly with the help of Apple, engaged in anti-competitive practices affecting the sale of e-books in the European Economic Area, in breach of EU antitrust rules.  [Shortened]

The Commission will examine the ‘agency agreements’ entered into by the publishers — with concerns that they may breach EU antitrust rules that “prohibit cartels and restrictive business practices”. It isn’t yet known for how long the commission will run for.

The Commission will in particular investigate whether these publishing groups and Apple have engaged in illegal agreements or practices that would have the object or the effect of restricting competition in the EU or in the EEA.