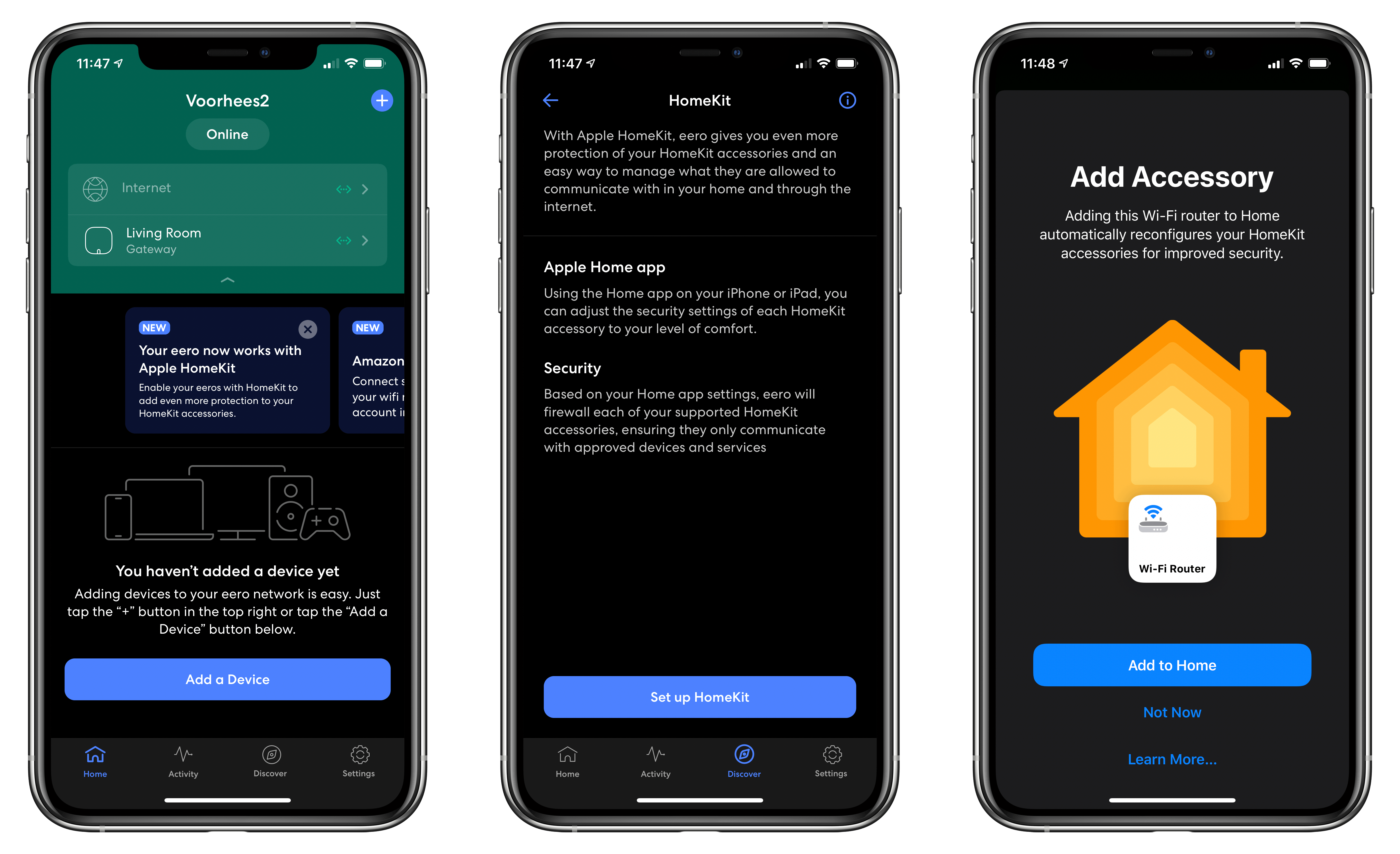 Amazon’s Eero routers are the first out of the gate with HomeKit support, which promises to provide greater security to your Internet-connected HomeKit devices.

The update, which appeared today via an update to Eero’s iOS app, walks users through the setup process of adding their Eero gateway to the Home app. Along the way, the Eero app explains that enabling HomeKit support allows Eero to firewall off each HomeKit device, so they only communicate with approved devices and services.

Setting up security for HomeKit devices.

Users can set the level of security for each of their HomeKit devices from inside the Eero app’s setup process by choosing ‘More Options’ from HomeKit Accessory Security screen. Alternatively, security settings can be modified from Apple’s Home app. The three security levels available include:

Adding your Eero router to an existing HomeKit room and viewing its settings in the Home app.

I don’t currently use an Eero router as my main WiFi router, but I have a spare one, so I gave the setup process a try. The instructions for setting up HomeKit support were clear and easy to follow as you’d expect given Eero’s reputation for simplifying home networking. I wasn’t able to find the Eero router in the Home app initially, but as a reader pointed out, it’s near the bottom of the Home app’s settings that appear when you tap the house icon from the Home tab. I hope more router makers add this to their products soon. The promise of being able to limit access to more sensitive HomeKit devices like cameras and alarm systems is certainly an enticing one.

Eero’s updated app is available on the App Store as a free download.