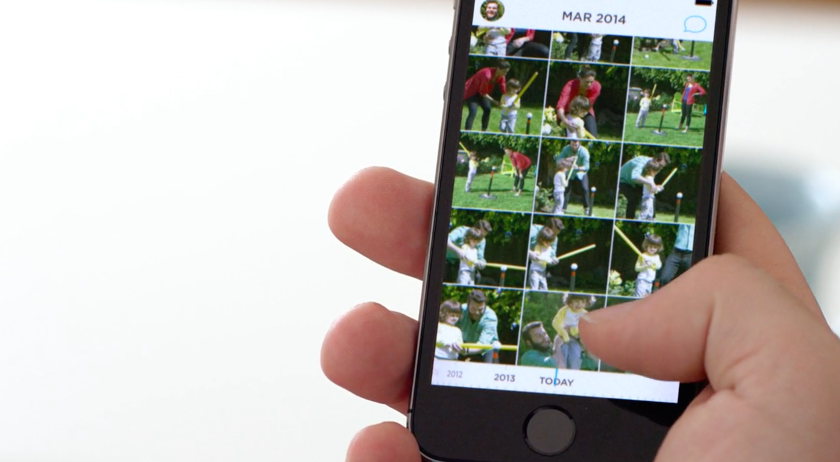 At a press event held in San Francisco this morning, Dropbox announced Carousel, a new dedicated gallery app that combines all of a user’s photos and videos from all connected devices in a single interface. Carousel will be available both as an iOS and Android app, separate from the main Dropbox client but based on the same storage space.

During the event, Dropbox CEO Drew Houston announced that the company has now 700 employees and over 275 million users, who rely on Dropbox to store a variety of personal and work files, documents, and media. With Carousel, Dropbox allows users to look at photos and videos stored in their accounts, which are automatically sorted by time and location: large thumbnail previews group related items together by location, while a timeline scrubber at the bottom allows users to quickly navigate through time to view and select old photos.

According to Dropbox, Carousel is faster than Apple’s built-in Photos app when dealing with hundreds of files even though they are stored in the cloud, and not on a user’s local device. Carousel is built with sharing in mind: the app makes it easy to select multiple photos and send them to another person directly from the app alongside a message; the recipient can then view the full-resolution photos, and optionally save them to Carousel.

Dropbox has long enabled users to automatically upload new photos from their devices through the official Dropbox client, but Carousel marks the company’s debut into the photo and video management space with a dedicated app that’s been specifically created for upload, management, and sharing outside of the Dropbox client.

It combines the photos in your Dropbox with the photos on your phone, and automatically backs up new ones as you take them. Carousel sorts all these memories by event so you can easily travel back in time to any photo from any date. And unlike other mobile galleries, the size of your Carousel isn’t constrained by the space on your phone, which means you can finally have your entire life’s memories in one place.

Carousel will be available for free on the App Store later today. We’ve embedded the official promo video below.