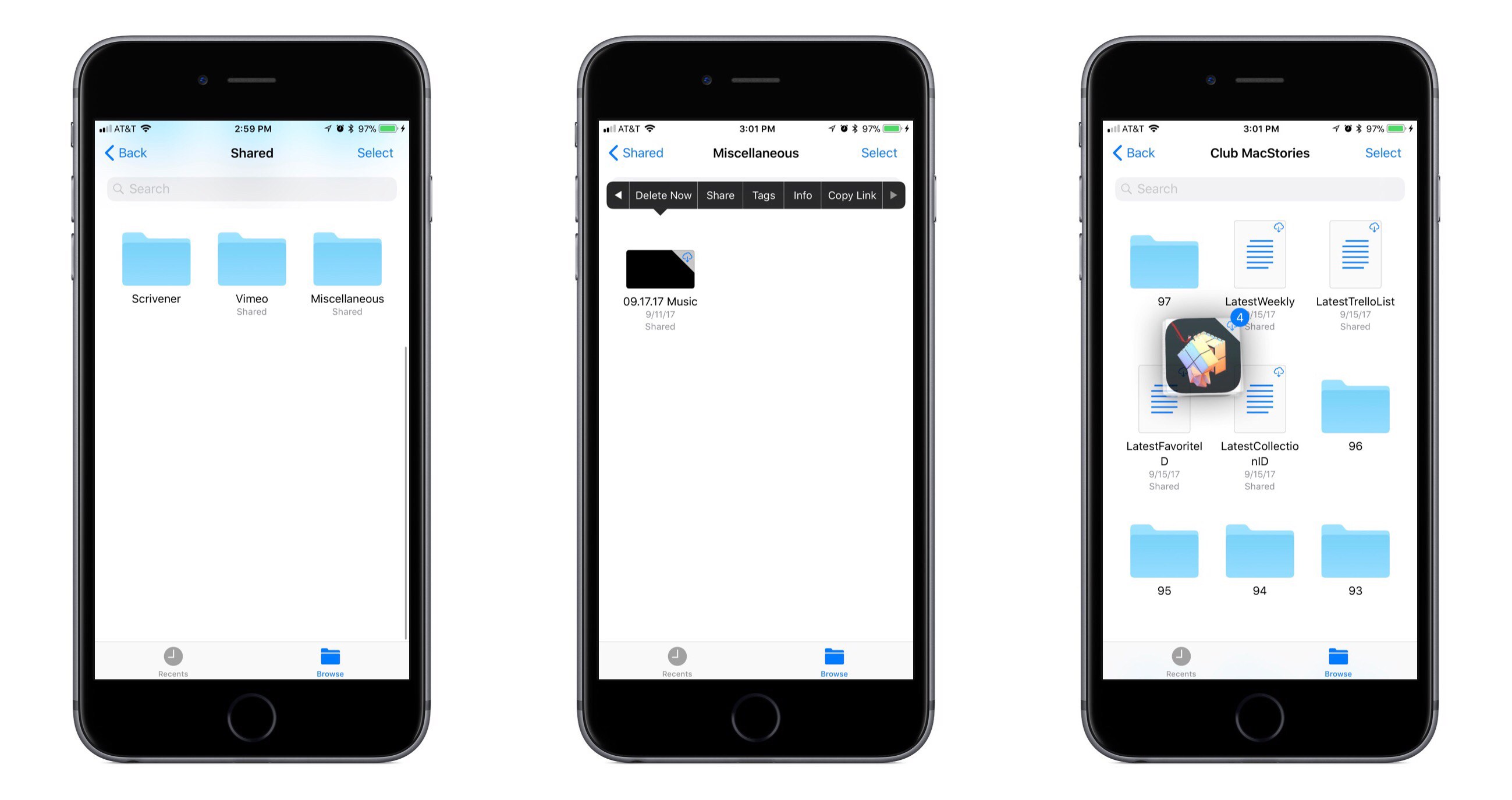 Fulfilling its recent promise of integrating with iOS 11’s Files app during the OS’s launch week, Dropbox today released an updated iOS app that does just that. It is now a full-fledged file provider in Files, allowing you to access and manage all of your Dropbox files directly from the Files app.

Adding Files support means Dropbox files can now live alongside files from iCloud Drive and other file providers. This enables things like copying files between cloud services with ease, organizing files from different providers with the same tags, and of course, using drag and drop to rearrange files (on either iPhone or iPad), or to move files to other apps (iPad only). Not all functionality from the main Dropbox app has made its way to Files, but there’s surprisingly little missing here. You can still download files on demand, and you can even share files without needing to open the Dropbox app – simply long-press the file you’d like to share and hit the Copy Link button. For me personally at least, I don’t see any reason I would need to open Dropbox anymore. 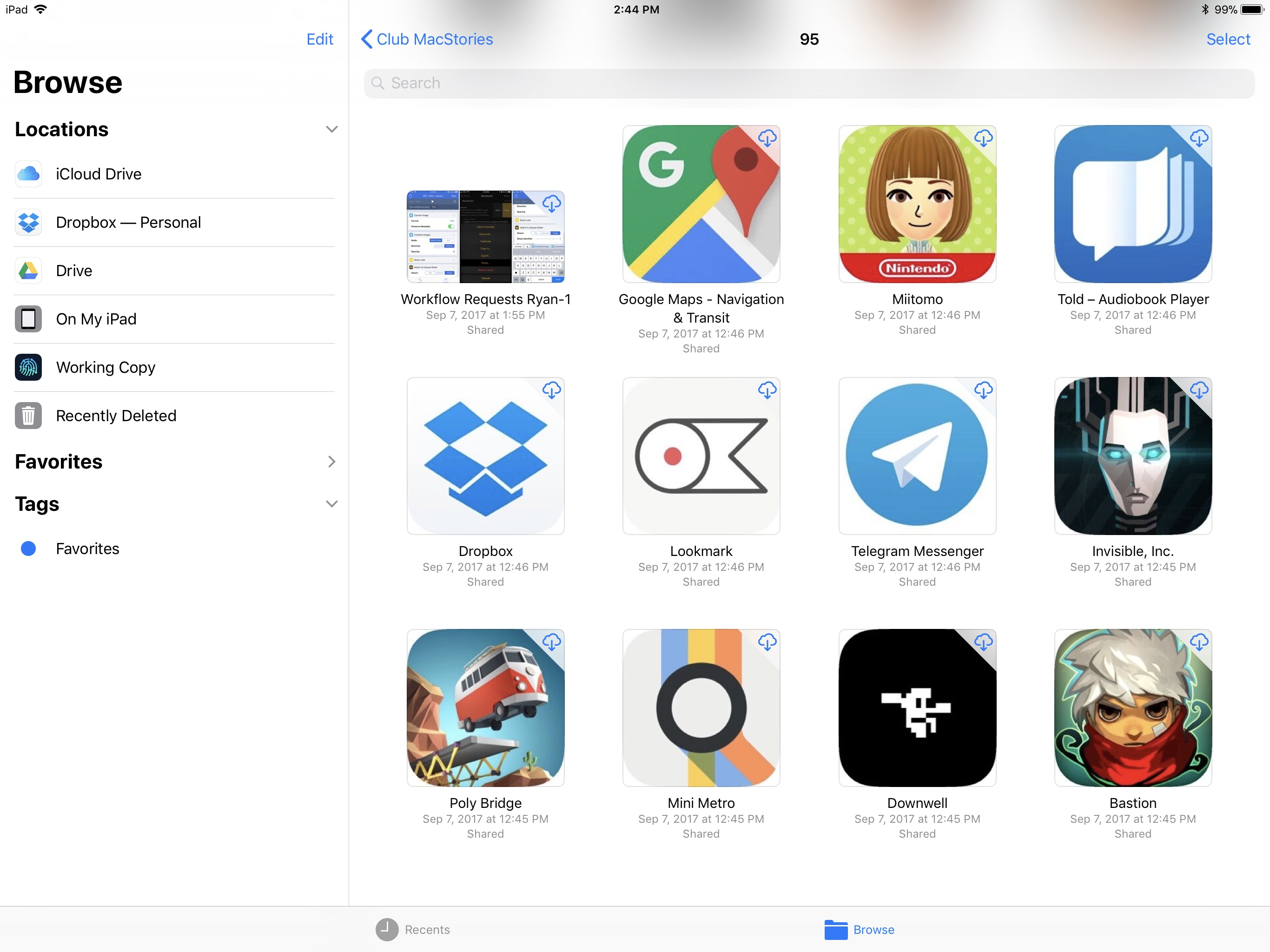 Several major cloud services pledged to support Files back in June following WWDC, and it’s great to see that, at least for one of them, that support came swiftly. Here’s hoping the rest will follow soon.